Let's be real, the 'Smoochr' app is a digital brown paper bag test

Sunday night, I was up late doing my usual lurking and sliding into DMs (for professional reasons, of course) and I see #Smoochr trending on Black Twitter. I clicked on the hashtag to see what it was all about and I thought Jesus was playing with my eyes when I saw this 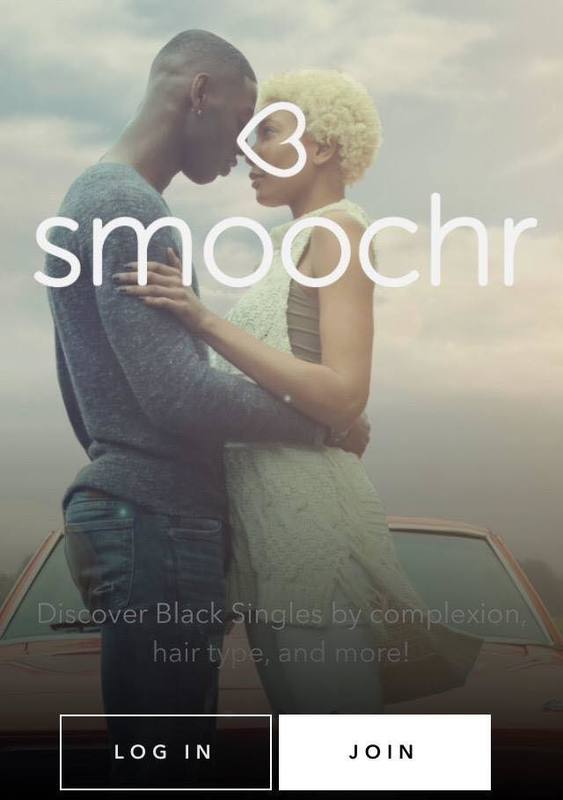 Photo: smoochr Because the devil is a liar, I went to bed thinking my eyes were deceiving me at 2:00 a.m. Satan is real, because #Smoochr continued to trend early into Monday morning
Let me wipe the crust from my eyes. Does the Smoochr description really read, "Discover Black singles by complexion, hair type and more!"?

Photo: Giphy Who did this? Show your faces. More importantly, who is signing up for this ploy to divide blacks?

I am not the only one in disbelief that such an app exists.

I'm so dead that "Smoochr" is actually a thing

This being the first thing I gotta see on the site to sign up means the creator been curved 10383 times #Smoochr pic.twitter.com/jOje3jqyzq — The Obvious Mystery (@risingdemise) July 25, 2016

And, the preferences are extremely specific.

Smoochr is damn near perfect for you guys with your very specific & entitled demands & preferences. pic.twitter.com/UlrY55RztZ

You can find your desired "mocha", "almond", "vanilla" and/or "caramel" mate.

We are in the latter half of 2016 and it is evident that the damaging psychological effects of Jim Crow are alive and well. Did this app developer have an unexcused absence on the day that their high school history class discussed Brown v. the Board of Education? Does "the doll experiment" ring a bell to anyone? Black children admitted in the 1950's that they preferred playing with white dolls because the lighter complexion resonated with them in a positive manner as opposed to the darker dolls which implied something "bad" or "ugly". At one point in time, blacks were subjected to brown paper bag tests. If you were lighter or the same color as the bag, then you were afforded elite privileges. If your skin were darker, then you could forget about it and go to the back of the bus, figuratively speaking
We were made to feel inferior because of our complexion and now you expect us to find love connections in the same manner? I must've woke up in 1946 today
The Smoochr app sounds extremely familiar. History is repeating itself
Discrimination and colorism. Someone is monetizing the two. I can get over the occasional #teamdarkskin and #teamlightskin discussions on social media because some of ya'll just don't know any better. But, an entire dating app dedicated to locating singles based on their level of melanin and hair texture? Come on. Yes, we all have our preferences when it comes to finding a potential mate, I get it. The app's ramifications stretch way beyond taste and enters into prejudicial territory. Talk about finding love in the wrong places. Shout out to everyone signing up for "research purposes"
Even if the developer missed the desegregation of American school lesson, surely he watched School Daze because Smoochr confirms every stereotype from the film

Photo: tumblr If the word "jigaboo" suddenly resurrects itself from the 20th century, I will know who to blame
I have yet to find out who is behind Smoochr...but..

If another ethnicity were to develop this app targeted toward blacks with certain features, ya'll would be ready to march.

Photo: daystune.com Let's just pretend this is a bad dream like the rest of 2016