The past few days have been hella frustrating for black folks–leave it to some white people to go and make things worse. A group of white folks had the bright idea to take naked pictures at a slavery memorial in Diamont, Martinique, reports Martinique 1ère. 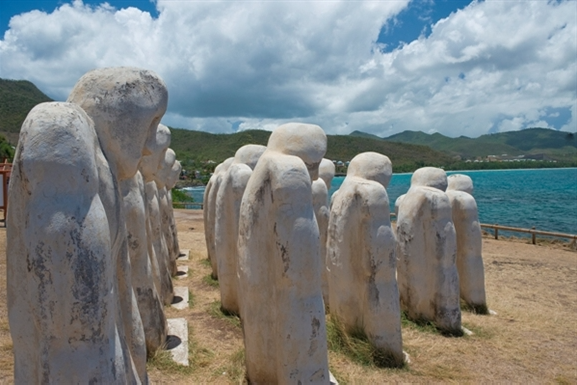 But the blasphemy committed at the Anse Cafard didn't stay there as the photos were then shared on social media by the perpetrators.

In response to the egregious act, the memorial's founder, Laurent Valère, said the memorial will no longer be the same:

"The memorial is tainted, stained and perverted, it is our identity that they hurt," Valère said in a statement obtained by AfroPunk.

Relations between white French tourists–as well as those who move to Martinique–and the black population are complicated. Because slavery wasn't a choice, black Martinique residents are still dealing with the effects and consequences of captivity and colonization, both economically and psychologically.

According to AfroPunk, descendants of slave owners still control entire sectors of the economy and play a critical role in the hardships due to overpriced products and produce in the island’s supermarkets.

This particular slavery memorial holds great significance and plays a major role in preserving the history of those who are descendants of slaves on the Caribbean island. It's associated with being "a place of mourning and contemplation."

Below is a video of the grand memorial, which faces the location where a slave ship sunk in 1830. The memorial pays homage to the drowned slaves.

Martinique 1ère reports the mayor of Diamont is considering legal action and citizens are outraged at yet another sign of disrespect from white people.