"... it is important to place Halima Aden within the larger history of Black Muslim fashion in the United States."

Media reports have celebrated Halima Aden becoming the first woman to be featured in the Sports Illustrated annual swimsuit edition wearing a hijab or a burkini. In the past, she has appeared on the covers of Allure, British Vogue and Glamour Magazine.

As a scholar who studies black Muslim fashion, I often find that reporters covering Muslim women’s fashion seem to have the notion that Islam and fashion are incompatible.

This attitude ignores the influence black people have had on Muslim fashion going back at least eight decades.

Early Islam in the US

First, it’s important to understand the long history Muslims have in the United States.

Their numbers were small, ranging from 30,000 to 40,000. However, as historian Sylviane Diouf notes, enslaved African Muslims left a lasting impact on black American culture, especially in the Sea Islands and Lowcountry region, the coastal area stretching from North Carolina to northern Florida.

The first Islamic text in the United States, the Bilali Document, was written by an enslaved African living on Sapelo Island named Bilali Muhammad in the 19th century. It includes rules about daily prayers and a list of beliefs of Muslims.

Another important text – perhaps the only known narrative by an enslaved person in Arabic – was written by Omar ibn Said in 1831, who lived as a slave in North Carolina. In it, he recounts his life in Senegal, including his religious education. The autobiography also includes several Muslim prayers.

In the 20th century, black Americans were reintroduced to Islam through several people and organizations.

Drew Ali taught his followers that they were not Negros or Ethiopians, rather they were Moors and that Islam was their true religion. According to Drew Ali, Moors are descendants of the ancient Moabites who founded Mecca, one of the most important cities in Islam.

W.D. Fard Muhammad, who founded what would become known as the Nation of Islam in 1930 in Detroit, Michigan, also taught his followers that they had forgotten their true identity as Asiatic Muslims and members of the lost tribe of Shabazz. The term Asiatic referred to black people and other people of color.

In the Moorish Science Temple of America, male members wore fezzes or turbans and women wore turbans often paired with long shift dresses as part of their everyday wear.

Men in the Nation of Islam dressed in tailored suits and bow ties or ties. Women donned a Muslim Girls Training uniform. The Muslim Girls Training included lessons for women and girls on the rules and beliefs of the Nation of Islam as well as how to cook, clean, raise children and practice self-defense. The uniform included a high-neck tunic that came down to the thigh. It was paired with either loose-fitting pants or a skirt that came to the ankles. 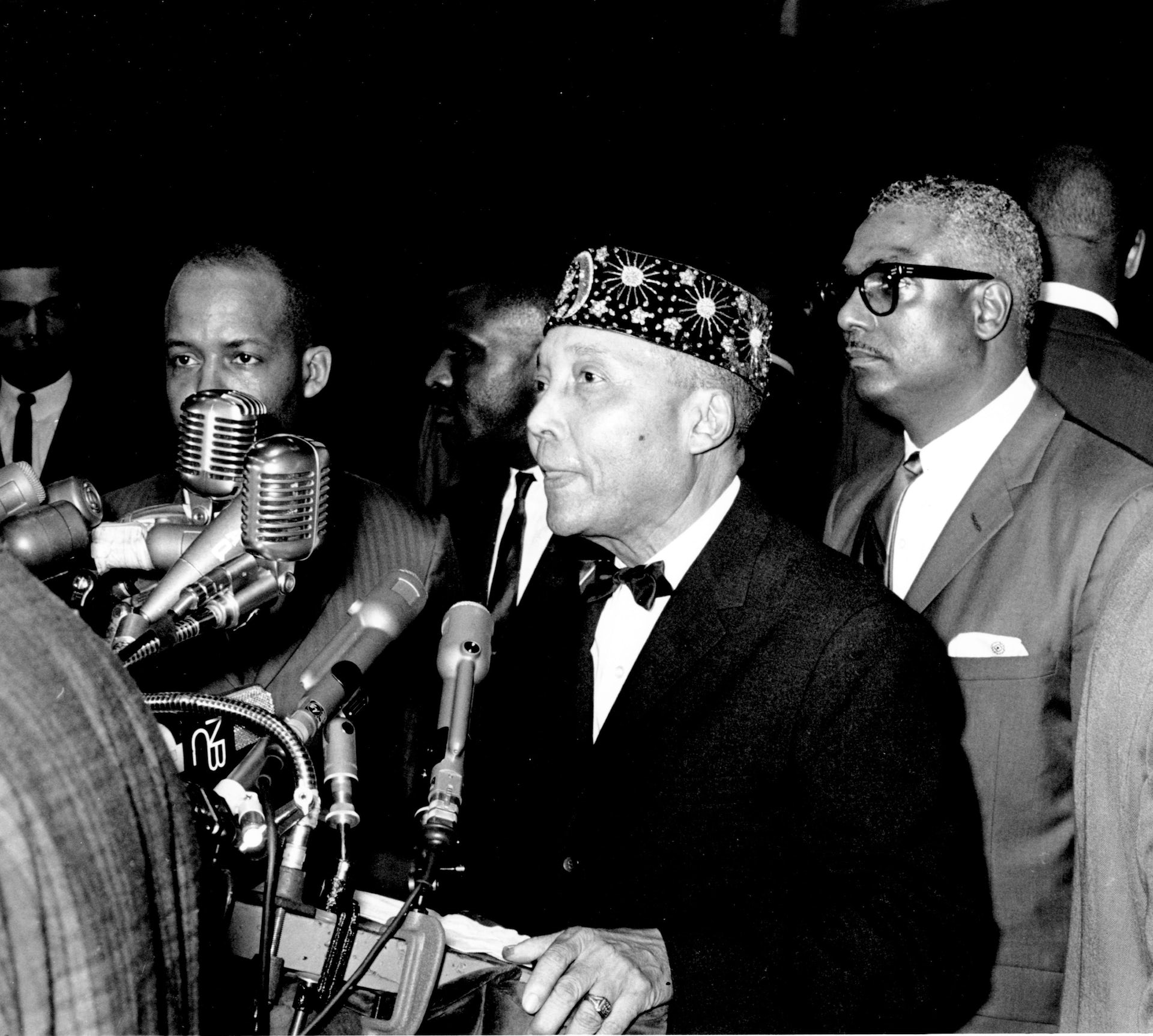 Elijah Muhammad, leader of the Nation of Islam, addresses the concluding session of the annual convention in Chicago in 1966.

These organizations and their members have organized fashion shows and operated clothing stores centered on Islamic modesty since the 1960s. The models were usually volunteers from the local community. Elijah Muhammad discouraged female members from embracing the fashion trends of the day.

The fashion shows were a means of highlighting the creative ways Nation of Islam women could dress modestly and maintain the unique aesthetic, while still looking beautiful. They featured diverse head coverings such as berets and fezzes, color-block outfits and different takes on the classic Muslim Girls Training tunic.

Imam W.D. Mohammed and his members would continue to encourage women’s fashion ventures. They incorporated Afrocentric inspired designs and clothing, like the dashiki and kente cloth.

For a decade, starting in the 1960s, when the oldest daughter of Elijah Muhammad, Ethel Muhammad Sharrieff led the Muslim Girl’s Training, clothing became a way of building a self-sustaining black Muslim community.

A clothing factory she managed produced the official Muslim Girl’s Training uniform. Members were encouraged to buy the uniform from the factory. Temple #2 clothing, a store in Chicago, Illinois, sold a wide range of products including shoes, lingerie and jewelry.

This May, I attended the Sealed Nectar Fashion Show, an annual fashion show hosted by the Atlanta Masjid of al-Islam in Atlanta, Georgia. It is one of the longest-running Muslim fashion shows in the United States, with 2019 marking its 33rd anniversary.

The fashion show was founded in 1986 by Amira Wazeer, an Atlanta-based designer, as a means of celebrating beauty and modesty. This year’s theme, “World Traveler,” featured six black Muslim women designers from the United States, Tanzania and Kenya.

More recent ones include in cities such as Washington D.C., Houston and an upcoming one in Philadelphia.

The fashion shows and bazaars highlight black women’s creativity and diverse definitions of Islamic modesty. This includes different styles of wrapping head scarves – turbans and buns that leave the neck and ears exposed to show off jewelry – as well as multiple clothes layering techniques, like wearing a pair of skinny pants under a short dress. 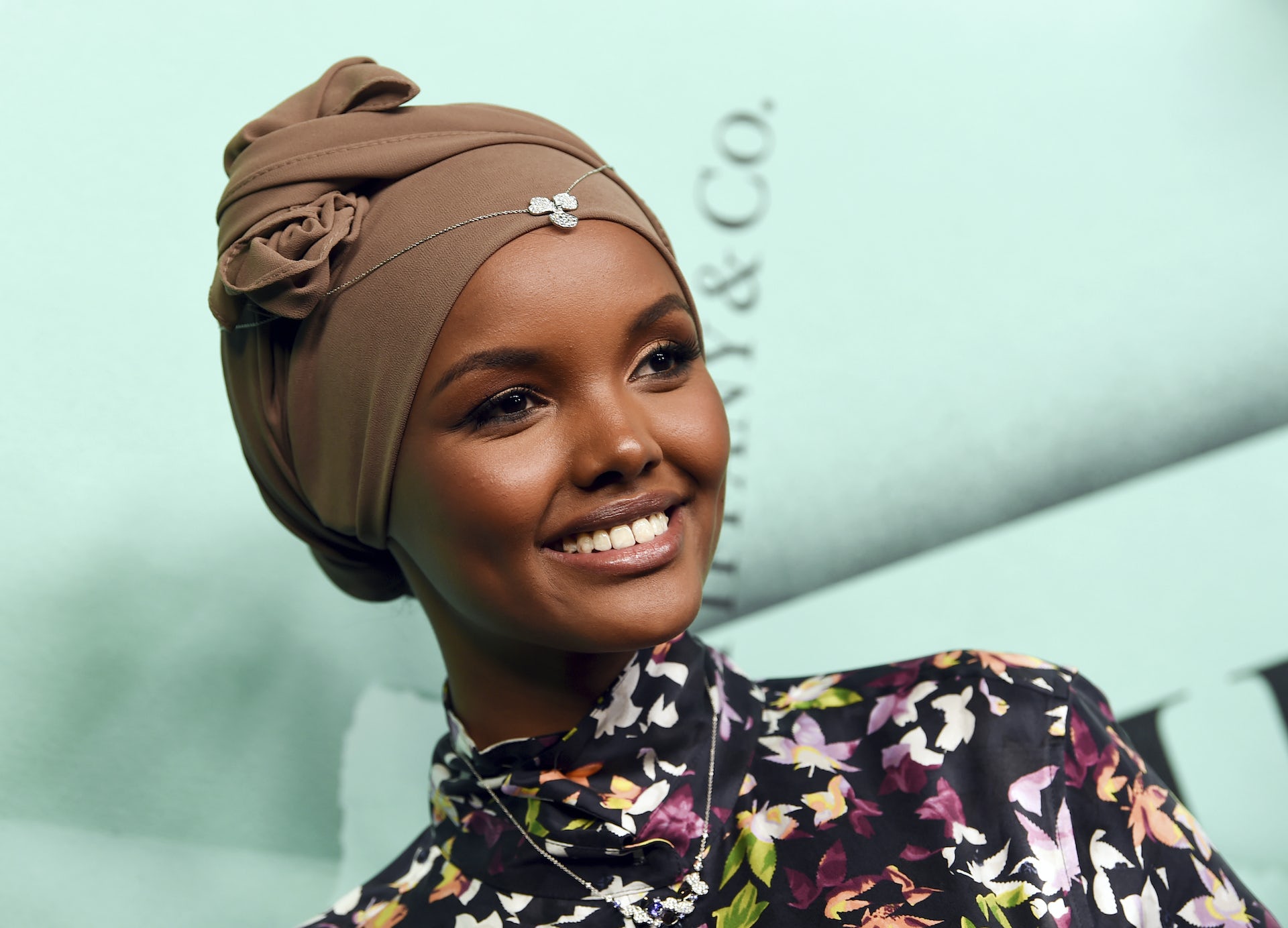 What Aden has been able to accomplish in three years is certainly worth celebrating. She has opened the doors for other hijabi models like Ikram Omar Abdi, who was featured on the cover of Vogue Arabia along with Aden and another Muslim model, Amina Adan.