I’m back with another installment of “Trina goes to a poetry reading and pretends like she’s not crying and the floor is just super interesting to look at.” Again, the venue was the serene Poetry Foundation. This time, the event was a culmination of the work of the 2014-2015 Young Chicago Authors Teaching Artist group, brought to the Poetry Foundation by Young Chicago Authors. The organization was started in 1991 by Dr. Robert Boone as a resource for teens in the city who wanted to do more with creative writing and has since grown. I don’t know too many teens or young adults in Chicago that haven’t heard of Louder Than a Bomb, the largest youth poetry festival in the world and hosted by YCA. And lots of people outside of Chicago have heard of Chance the Rapper, an alumnus of YCA’s writing workshops.

Further proof that you should check YCA out is the event I attended. Titled “(In)visible,” the work performed explores “how the body considers trauma and space, and engages notions of the body as point of origin and as target for erasure.” The teaching artists were all people of color, not a coincidence considering recent events involving police and the minorities they try to silence through murder. Through their reading, they proved those of us still here will not be quiet, not about this or any other struggle our brown bodies go through. 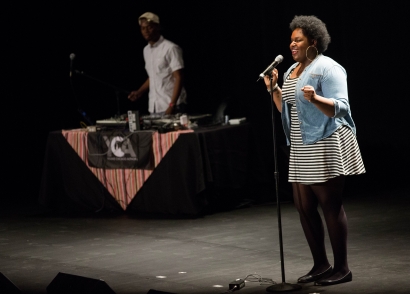 Right off the bat, Jasmine shared her story of recently being racially targeted in a park in Beverly, a predominantly white suburb near the South Side of Chicago. She made a short film with friends’ help that really captured the different emotions something like this brings up. In the film, we can see that she’s talking with a friend when suddenly she’s hit in the face with a paintball gun. I don’t paintball, but from what I’ve seen I know getting hit with those leaves bruises. If she’d turned her head just a little more, it could have been her eye or ear that was hit — things the perpetrators don’t consider when you’re not a human to them. The film showed that you can be brave and vulnerable at the same time. Jasmine gave them a big “f*ck you,” declaring that no matter what they did she’s still black, still going to be black and everything they aren’t, forever. But we could also see in the next clip the rumination and loneliness as she sat alone in her room, trying to be uplifted by the Post-its scrawled with messages of self-love. It ended with a song, “Choking” by Jasmine’s friend Lisa Decibel, which I feel served as a reminder that this occurrence may not seem like a big deal to some, but can truly be understood by looking at the overall racial context. “Stop killing us” can be taken literally, but there are other ways we die every day.

Read more about Jasmine in this issue of Hooligan magazine (pgs. 21-29), and check out the piece she wrote on that last page. 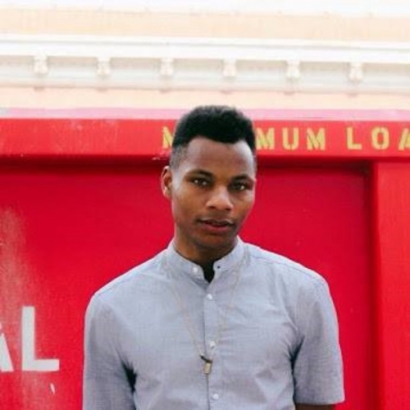 RJ read an essay titled, “Even Resurrection, Even Insurrection,” which was reminiscent of everything going on lately between the police and the black community. It was read against the backdrop of a slideshow featuring photography all or mostly shot in Chicago. The effect seemed to me to make the room stand still; there was a baby occasionally crying out but I was too busy connecting the imagery to the words to notice. Unfortunately, I couldn’t find that essay online to link to, but here are more essays by RJ that I think Blavity readers will appreciate. Below is a video of him performing and sharing a powerful message. 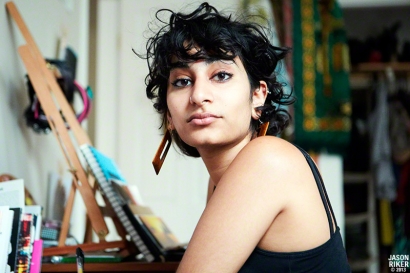 Fatimah’s work focused a lot on self-love. She had photography in the back from a project “Let Me Love Me,” which included nude photos of some of her friends. Here, nude didn’t just mean without clothing, but whatever kind of posing made subjects feel brave, beautiful and strong. The poems that she read were from her own journey of self-love. They had funny moments, but they never took away from the poignancy, such as in the poem “Waxer.” In this she talks about the relationship between a bikini waxer and the person getting waxed, both participants trying to look at anything but each other in the end. And even though she didn’t read this one, the space lover in me encourages you to read the recent “Pluto Shits on the Universe.”  Check out her upcoming chapbook After, available in the fall through Yes Yes Books. 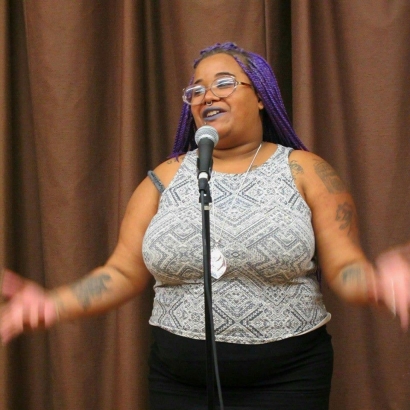 Though not the only topic she covered, some of Britteney’s poetry focused on the very personal experience of not being able to have children and where that leaves her as a woman. One of these can be seen below.

After, she addressed concerns about the message her poetry might send to trans women, that motherhood is the true measure of womanhood. This was not her intention and she doesn’t see herself as defining what it means for other women to be women, just herself. From speaking on these silent traumas, she created prints available at the show for women to fill in on their own. 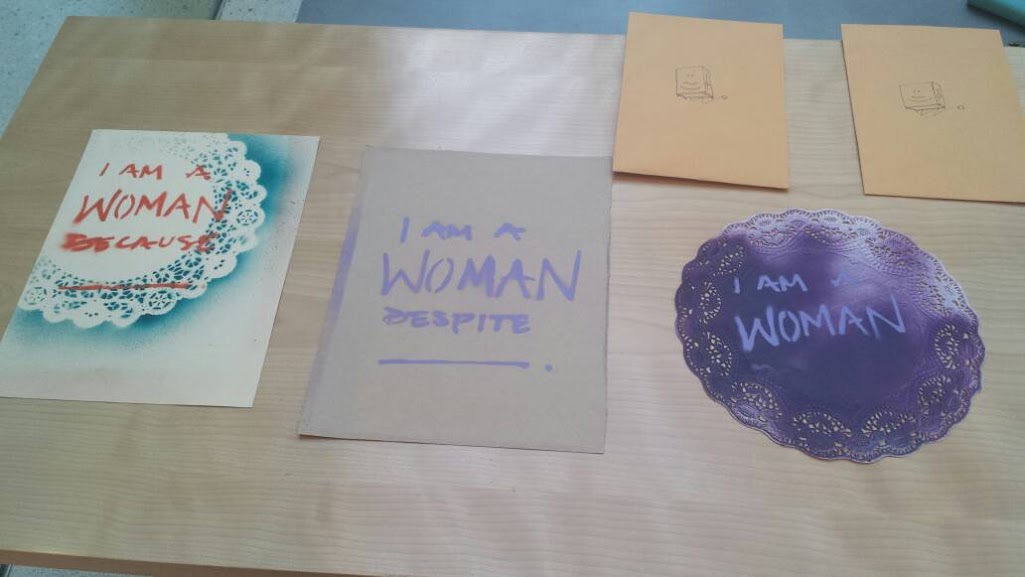 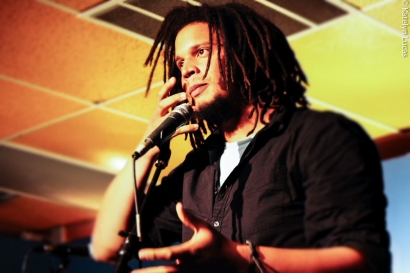 Toaster started by saying he was going to read some poop poems, and everyone laughed. But his proceeding performance proved he could actually do that and it would be worthwhile. He was charming, very funny and managed to work that into some not-so-lighthearted topics. He spoke about his poem “The Sound an EKG Machine Makes as You’re Leaving,” pictured below from a booklet of his poetry that he had copies of at the event. He wanted to share the poem about his grandma, but not before asking his dad about telling this story. His dad ended up being all for it, giving audiences who get to take the poem in the privilege of a glimpse of this family. 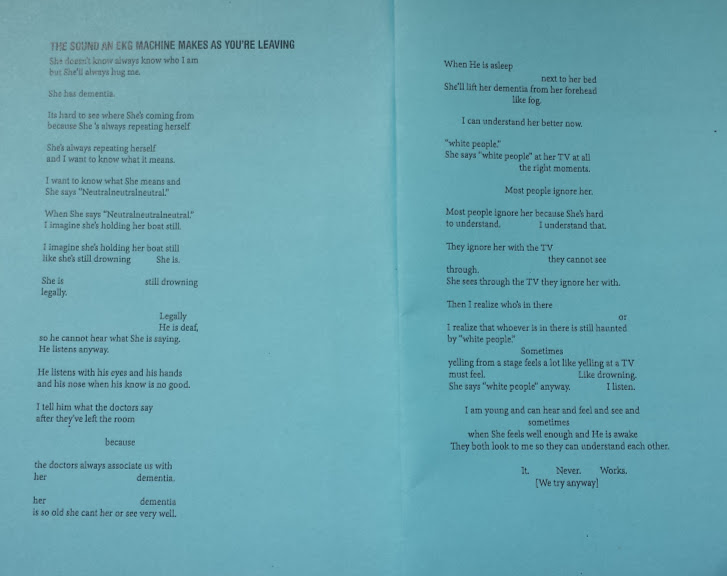 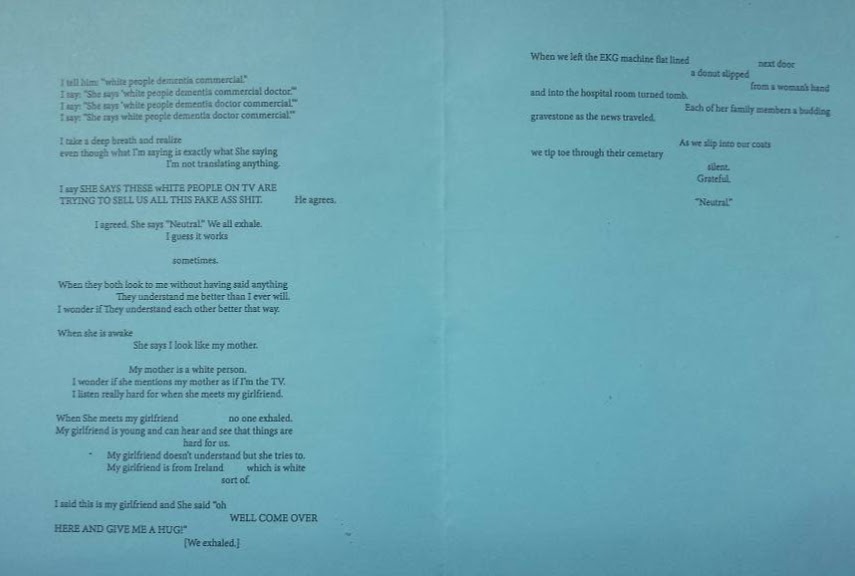 Here’s bonus video of Toaster performing my favorite poem that he did at the show, “Cicada.” 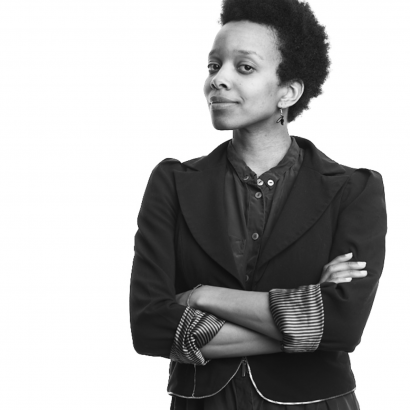 Jamila started out by singing (check out the musical duo she’s in here) about deciding to love yourself. The message and her pretty voice made me tear up, but not in a sad way — more so because it’s a journey I’m still on and it spoke to me. Love yourself when so many others are trying to erase you. Why erase yourself? Jamila also read a couple poems that had to do with Beverly, the neighborhood mentioned in Jasmine’s story. One specifically seemed to be about the assumptions of affluence and whiteness that people make about a person of color from there. She also read an ode to Herb Kent, a legendary Chicago radio personality. I loved this because it reminded me of listening to V103 in the car with my dad while he sang in an off-key falsetto to whatever was on, new or old.

Speaking of dads, “Bird's Nest” is a poem by Jamila from the “Hands Up Don’t Shoot” issue of the Winter Tangerine Review. The issue focuses on what it means to be black in America. Definitely check out all the work there, but two more in the issue that I enjoyed by Jamila were “Coconut Oil Kind of Woman” and “In Security or On Being Touched Without Permission.” 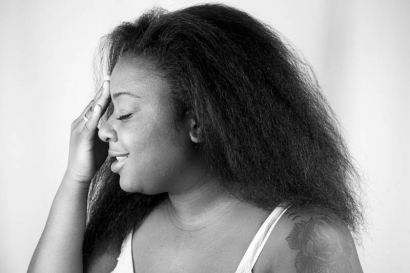 During the show I jotted down a few notes to prep for writing this, but mostly I like to be present at these events and not just write while someone is talking). For Dianna, all I have written is, “Who eats the scabs of black healing like white America?” This was said in her performance, along with other phrases sung during the end describing our community’s struggle (“They keep saying go slow”). You know how some people talk about how tired they are of hearing about race? They don’t know fed up like Dianna does, apparent from her words and strong vocals. Her passion for our community is also clear, here and in the business she started, BLK Proverbs, based off of her popular blog of the same name. She sells merch with phrases such as, “Can I Live?” and of course, “Black Lives Matter.”

I left the event feeling good about finding artists with similar sentiments and skills that I could find inspiration in and share. Writing this, I’ve realized that while attending these readings where the majority of readers are black, I feel safe. Even in hearing about our community’s pain, I feel protected and understood. I hope you feel the same after reading this.