This Black-Owned Gun Shop Is Committed To Educating, Consulting And Training Black People On Their Second Amendment Rights

Redstone Firearms was founded in 2015 by Jonathan and Geneva Solomon, who say their patrons come from "all walks of Black excellence."

Redstone Firearms (RSF) owners Jonathan and Geneva Solomon's passion was inflamed by a common interest. As fate would have it, the fire kindling between these two was fueled by gunpowder.

“It’s something we talked about on the first date," the couple told Blavity. 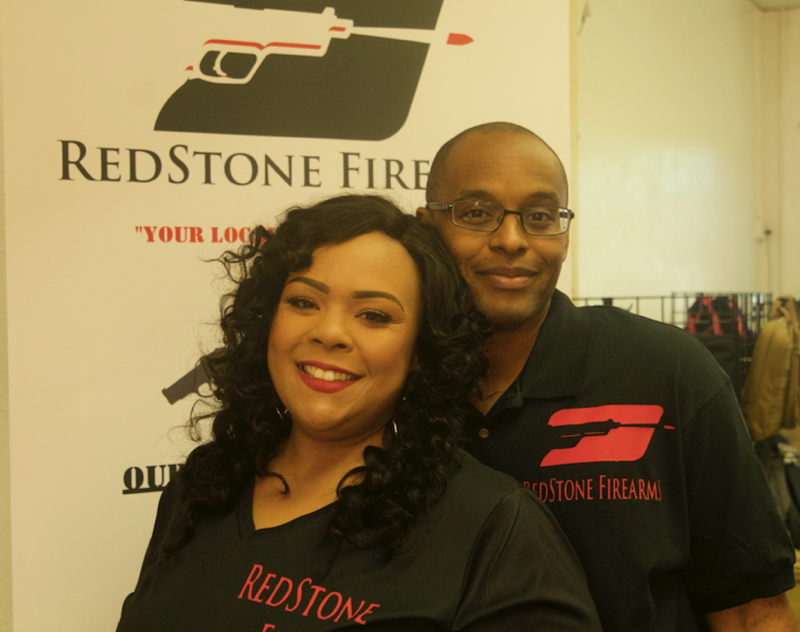 Jonathan and Geneva, both champions of the Second Amendment, laid the plans for their business over dinner: they would operate as Federal Firearms Licensed dealers out of the home-based Southern California establishment, founded in 2015.

Still, the growing business demanded professional space to stretch its legs. They eventually established their own brick-and-mortar storefront and opened a second location. RSF sells firearms and accessories and offers classes on firearm safety.

The Solomons explained that at RSF, the mission to “educate, consult and train” is guided by a hands-on, familial approach to business. 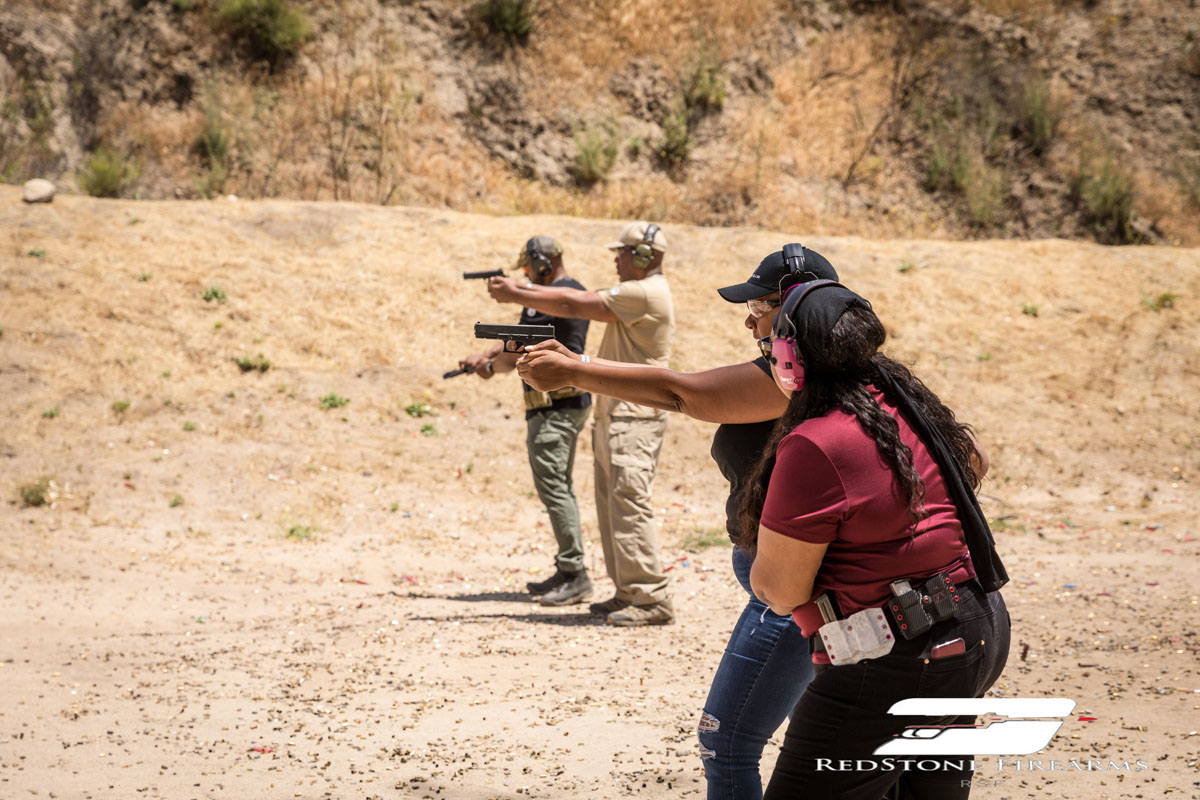 “We get to know our family members through the firearms purchasing process. Do they have kids? What is their living situation? Do they have injuries? What is their budget?" the owners said. "We stress education. Understanding the legal ramifications of owning a firearm in the home, how to utilize it correctly, practicing safe behaviors to prevent an accidental discharge and more."

But the significance of this Southern California business shan't be lost on anyone, given the nation's history of frenzied responses to Black gun ownership.

Following the Civil War, Black soldiers were met with a forceful resistance to Black gun ownership back home, according to Topic.

While Congress legislated that Black veterans reserve their right to bear arms, Southern states rejected the law. On the contrary, states from Mississippi to Florida implemented "Black Code" laws — laws restricting the rights of formerly enslaved people — and stormed the homes of Black families to confiscate their arms.

Fast forward to today, national gun sales throughout the nation have increased with the spread of COVID-19, ABC7 reported. RSF saw the effect of the pandemic on its sales.

But the eventful nature of an unprecedented 2020 cannot be confined to the pandemic. With civil unrest sweeping the nation in the wake of George Floyd’s death at the hands Minneapolis police, RSF has seen its clients grow increasingly weary. Jonathan and Geneva said they saw another spike in gun sales following Floyd's killing.

RSF, which belongs to groups like National African American Gun Association and the Black Gun Owners Association, took a while to find its place in the long, elusive history of Black gun ownership, the Solomons said.

The significance of RSF being Black-owned isn't lost on its founders, either.

“When [we] first opened, we didn’t identify as a Black-owned business; we were just a firearms store. It wasn’t until two years into the business that we researched how many Black-owned firearms stores there were in the United States, and we discovered that there weren’t many,” the owners explained.

Today, the couple says RSF's clientele has evolved to more closely match its Black ownership, with patrons from “all walks of Black excellence.” Attorneys, physicians, activists and law enforcement officers make up some of their clients.

Along with grocery store workers and first responders, RSF’s owners have found their business more essential than ever in providing security and peace of mind amid tumultuous times.

“We believe in a statement made by a trainer out of Houston, Texas: ‘No one is coming to save you.’ We saw that first hand during the pandemic and when the looting began in some communities. Law enforcement isn’t coming to save you," they explained. "You’re personally responsible for your own protection.”

While the Solomons act as educators on firearm safety and tactical training, they also sell apparel that makes bold statements.

“Any unarmed people are slaves, or subject to slavery at any given moment," one T-shirt reads.

Another has numbers representing different calibered handguns alongside the words "All faster than dialing 911."

Still, the owners said, they do their best to keep politics out of business.

Although Geneva and Jonathan work to create an environment free from judgment, the couple said that their clients are not often met with the same courtesy from the public, seeing everything from stares to threats when they travel to the gun range in groups.

“There is a misconception that we are militant when we are exercising our want, need and right to self-defense,” they explained. "We shoot on a private range when we go out and train. Oftentimes, we are a group of 20-30 predominantly Black people. We’ve been asked why our training has to look so militant where we see those who don’t look like us doing the same drills. We are aware of that stigma and we do our best to educate those within our community.”

But the intimidation isn't deterring them.

“We’re going to continue to push forward with our mission: to preach and teach responsible gun ownership to anyone willing to come on the journey with us,” the couple maintains.

To the critics, the Solomons say their mission will continue, regardless of hate or difference of opinion.

“We keep our heads up high. ... We know that everyone isn’t an advocate for firearms, and that is okay. We aren’t forcing our ideals on anyone. We just want anyone, and especially those in the Black community, to know we are here when they decide to take the educational step to responsible gun ownership.”

Tiffany The Budgetnista On Financially Recovering From Being Outside