Why you need 'TWENTY88' in your life immediately

In case you've been hiding under a rock, let me tell you a little something about TWENTY88. What's that you say?

Photo: Popkey Well, my dear Blavity fam, I assure you that you'll want to make some time for this. TWENTY88 has a duality to its name. Not only is it the name of a new album you need to listen to, but it also serves as the name of the new musical duo consisting of Jhené Aiko and Big Sean
If the union of two of the most rhythmic people to come across our millennial ears is not enough to convince you that you need to treat yourself by listening to this album, here are some more reasons:

Many social media speculators thought the rap and neo-soul experts coming together musically would be too good to be true. But the duo did not disappoint (unlike someone who I am still waiting to bless my ears)

I was excited af when I heard about #Twenty88 , then I saw the date... It releases on April Fool's, so it's gonna be all lies 😢

As a matter of fact, their entire promotion game for this album has been phenomenal ever since it started four days before the album dropped

Seriously, look at them! 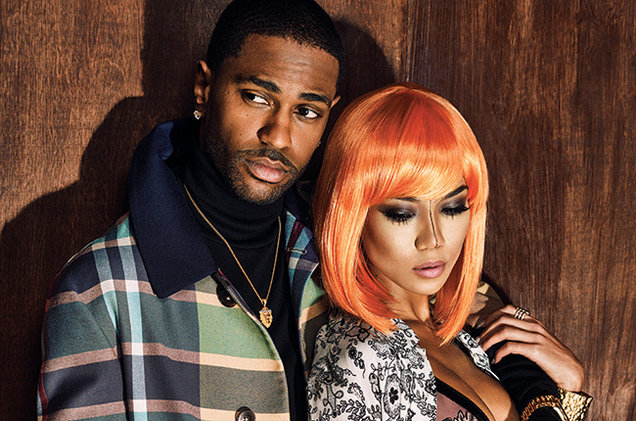 Photo: Billboard Okay, okay I'll stop fangirling for a second and discuss the music. The album is made up of eight songs, all equally showcasing Jhené and Big Sean's musical styles. There are even appearances from K-Ci & Jojo and Detail! I know, I screamed a little too when I heard them

The chemistry between Big Sean and Jhene Aiko musically is strong. I mean, it's really strong.

They were not stingy with getting the music to their fans

The album was initially released on Tidal, but shortly after, music lovers could find it on iTunes and even Spotify
If those other reasons did nothing for you, they sealed the deal by releasing a short film called "Out of Love," which features all of the songs on the album, different scenes to match each song and a deeper message that expands beyond mere visual satisfaction. I could spoil it for you, but you can watch it for yourself below. Like the album, the visual short dropped on Tidal but it is now available for all to watch on Vevo/YouTube
If you're still not convinced, let me leave you with this: A lot of mainstream music has moved away from those feel-good, smooth songs that make you feel something. Whether you can connect to the bitterness of Jhené's voice on "Talk Show," or swoon over Big Sean's line "the only two times I ever needed you was now and forever" in "London Bridge," there's something for everyone on this album. It does lean more toward the chill side, so if you're looking for heavy-hitting club bangers, this might not be the avenue for you to explore, but there are some upbeat tempos to get you going. Lastly, their song "2 Minute Warning" has that '90s and early '00s vibe that we've been missing for a while now
I could go on and on about each and every song, but I want you to go and enjoy it for yourself

What do you love most about TWENTY88? Let us know in the comments below!

READ NEXT: Anthony Hamilton talks the state of R&B, creativity and the real meaning behind “Charlene”