As we continue to highlight those making a difference in government and making changes in their city by not waiting for permission, it's hard not to highlight the story of Senator Cory Booker. His rise in politics came from his willingness to fight for what he believed in, and his refusal to ask for permission. Here are 11 reasons why you should love him just as much as we do!

1. He's been about changing the world since his days at Stanford and Yale Law School. 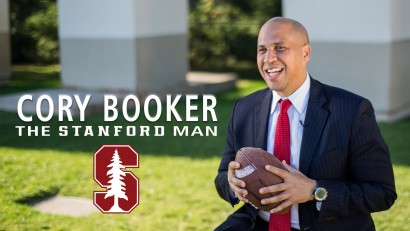 Photo: youtube Despite the fact that being an Ivy Leaguer alone is impressive, while there he was trying to change the world already and ran crisis hotlines while being a varsity football player

2. He lived in the projects BY CHOICE.

Photo: New York Times Booker practiced as staff attorney for the Urban Justice Center and as program coordinator of the Newark Youth Project. While working there he lived in a notorious public housing project called Brick Towers. As a resident he helped tenants organize and campaign for better conditions

3. He has the spirit of the clap back.

In the Twitterverse, trolls have been known to say some pretty nasty things. But Corey Booker always responds with grace.

Sir, it looks like you live in Dublin, Ireland. I've got 99 problems & your ditch ain't one MT @leedalyire Can u sort the pothole outside?

...and who could forget this notorious case of hot pockets.

I believe in you. I know this is a problem you can handle. RT @DAT_NIGGA_REEE a my nigga i m running out of hotpockets to put in the oven — Cory Booker (@CoryBooker) November 1, 2012 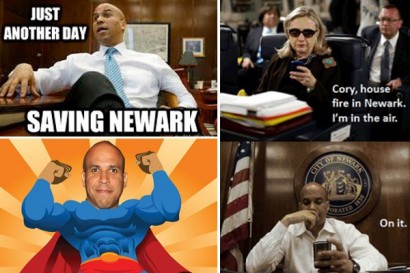 Photo: The Daily Beast Although he never meant to go into politics, one of his mentors convinced him that running for office was the best way to bring about change

Photo: Giphy He was able to squeeze 100 million out of Mark Zuckerburg for Newark Public Schools. May not have been one of his best moments in office, but at least we know he'll make a dollar out of fifteen cents

7. He is working hard to overhaul the criminal justice system.

Photo: giphy Booker believes that the war on drugs has failed. He believes that the real answer to crime is addressing problems with poverty and education. His willingness to live in poverty while in Jersey to learn more about these problems is more than most folks would do. Who would really give up heat and walk up 15 flights of stairs and battle the smell of urine everyday to better understand their cause? 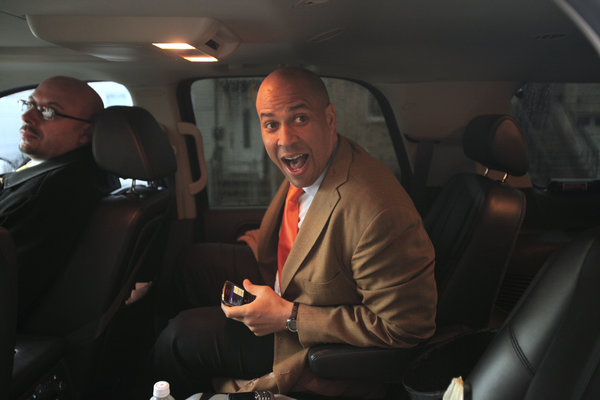 Photo: Ozier Muhammad/The New York Times He is the first African-American Senator for New Jersey, and in 2010 he presided over Newark's first homicide-free month in 44 years

9. He fights to help eliminate poverty.

Photo: Giphy Cory Booker believes that the federal minimum wage should be raised and fights for it

Photo: giphy He has proven that no matter what you can call on him and he is on his way. It may be a little harder to do that now as Senator, but I still believe he hangs his superman cloak in his office closet for those days when it just gets out of hand in Washington

Stay there I am coming now myself. RT @kamori07 lets talk police response! I'm on NYE Ave and Hobson in an accident STILL waiting 4 police.

And that time he rescued a woman from a burning building

Thanks 2 all who are concerned. Just suffering smoke inhalation. We got the woman out of the house. We are both off to hospital. I will b ok — Cory Booker (@CoryBooker) April 13, 2012

Photo: Giphy He is one of the most loyal politicians there has to be in the world. Not many people would turn down a job to work for Obama just to serve as Mayor in Newark. For most, Obama could call now and ask us to quit our job, drive cross country and bring him a Future mixtape and we would. Because its Obama!!!! Not Corey Booker though 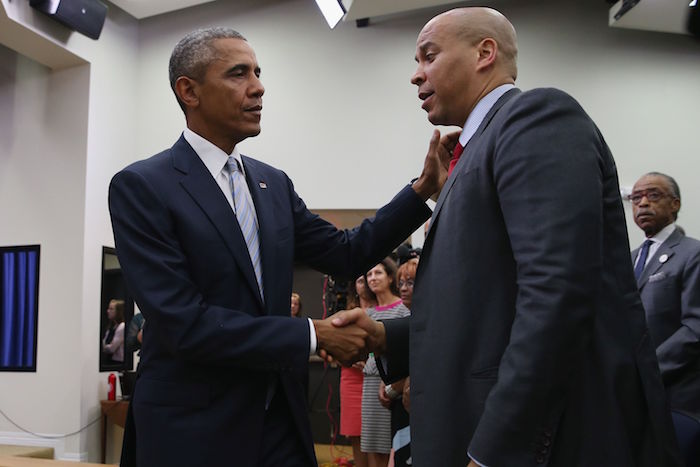 Photo:Chip Somodevilla/Getty Images If these 11 reasons don't make you instantly fall in love with Senator Cory Booker then you must be a Trump supporter. Cory Booker is the epitome of someone who stopped asking for permission and just went for it. Too bad he didn't run for President this time around, he would have had my vote

Here's to you Senator Booker!