Here's a movement to diversify the outdoors.

In 2014, I graduated with a degree in Marine Biology. When people ask why I chose that field, I tell them that as a kid I heard a story on Reading Rainbow about a manatee being saved by scientists and just knew that’s what I wanted to do. But that’s not the full story. You’ll meet tons of people who wanted to be a marine biologist as a kid but changed their minds along the way. Honestly, I probably would have too if it hadn’t been for the unexpected negative reactions from others. When I started saying I wanted to be a marine biologist, I often heard how hard it would be and, pretty frequently, that it wasn’t a career for black people. These comments kept me focused, because not only did I want to be a marine biologist, but now I had something to prove. On the day of my graduation, as I waited to walk across the stage, I felt all the satisfaction, relief, and excitement of reaching my goal. But as the names were called, it became clear to me that I was the only black person graduating from my major. While I was proud of my accomplishment, I couldn’t help but wonder why I was alone. I had a feeling that the reason might have something to do with the belief that there are limitations on the black experience.

It’s not like people have some kind of specific animosity towards black marine biologists. There are all kinds of things people will say “black people don’t do”. Many are outdoor activities like camping, kayaking, scuba diving, rock climbing, hiking, and visiting national parks. Unfortunately, if you were to look at the data about these activities it might seem like this is true. According to the National Park Services’ most recent survey, taken in 2009, African Americans made up just seven percent of visitors. Not only is this low when compared to the total population of African Americans, but is also low when compared to the visitorship of other racial minorities. I know from personal experience that there are many black hikers, bikers, surfers, and climbers so why does it seem like we’re sitting on the bench while everyone else plays?

We all have our reasons for not spending more time outside--it’s hot, it can be a hassle to get there, and some activities aren't exactly budget friendly. And then there's just the unknown, sometimes you just have a feeling that it’s unsafe. That lack of safety we feel and warn each other about may be more than just unfamiliarity with the space. It might also come from the story we inherited, from a time when venturing out into the woods alone could end in violence and when certain spaces were literally off limits due to racial segregation. As these well-founded words of caution have been passed down, the aversion has persisted even as the original reason has fallen out of the story we tell. When I talk to adults who are trying a new outdoor activity for the first time and ask why they’ve never done it before they say something like, “It’s just not something I grew up doing.” It’s a cycle that’s hard to break but I think it’s time to revisit our out relationship with the outdoors. There might be some things we didn’t, or couldn't, do in the past but there’s nothing we can’t do now.

So here’s why we have to start going outside:

Being outside can help improve your mental health.

Although we experience the same rate of mental health conditions as the general population we are less likely to seek professional help and, when we do, we receive poorer medical treatment. While we’re working on changing the stigma and improving results, getting outdoors might supplement what we need. Spending time in green spaces has been shown to reduce symptoms of depression, anxiety, and stress. I will always be in support of getting help when we need it, but we’re doing ourselves a disservice if we disregard the proven benefits of spending time in nature.

Outdoor experiences can impact how we think about social justice issues.

We’re constantly being told to take care of the environment and why we should care. We know it’s important, but with a long list of social justice issues to tackle it might not seem like a priority. The reality is that the health of the environment is also a social justice issue; environmental hazards affect communities of color at higher rates than others. This means that racial minorities are more likely to be exposed to pollutants that have been linked to increased risk of cancer and high blood pressure.

These health hazards don’t always make it on the list of reasons that we should be concerned about the environment. Without equal representation in the environmental field (related to lack of exposure to nature as children that may lead to fewer adults pursuing environmental careers), it’s more challenging to find mainstream information that resonates with us. By spending more time outdoors, we can create our own connections to natural spaces and find out what matters to us. Then we can realize for ourselves why we should act on our shared responsibility as caretakers.

We can change the stereotype and share an updated story about our relationship with the outdoors.

Everywhere you look there are new examples of black excellence. We’re closing the technology gap, the number of black female-owned businesses is growing, and the black travel movement is going strong. We’re challenging long-held stereotypes and flipping the script in so many areas. Why would we limit ourselves when it comes to the outdoors? I think it’s time for us to share a new chapter in our collective history book that says we take part in everything life has to offer.

Based on the statistics, it may seem like we have a long way to go to make changes, but there are people who are already making tremendous strides. In 2013, for the first time ever a predominantly African American group of mountaineers trekked to the peak of Mount Denali, the tallest mountain in North America. Speaking of climbing mountains, one of the current best rock climbers in the country is 17-year-old Kai Lightner. Already a national climbing champion, Lightner is currently training for the 2020 Olympics--the first time rock climbing will be included in the Olympics and he may be the first black male to represent the US for the sport.

Alright, hopefully, you’re feeling like you’re ready to get out there, but you’re concerned about being the only person of color. No worries! as someone who is frequently in that situation, I completely empathize. It’s the reason that I co-founded the outdoor recreation group Black Girls Trekkin’. Our mission is to inspire and empower women of color to live their passions while we trek together. If you’re in the Los Angeles area and want to meet up with a group, join us! 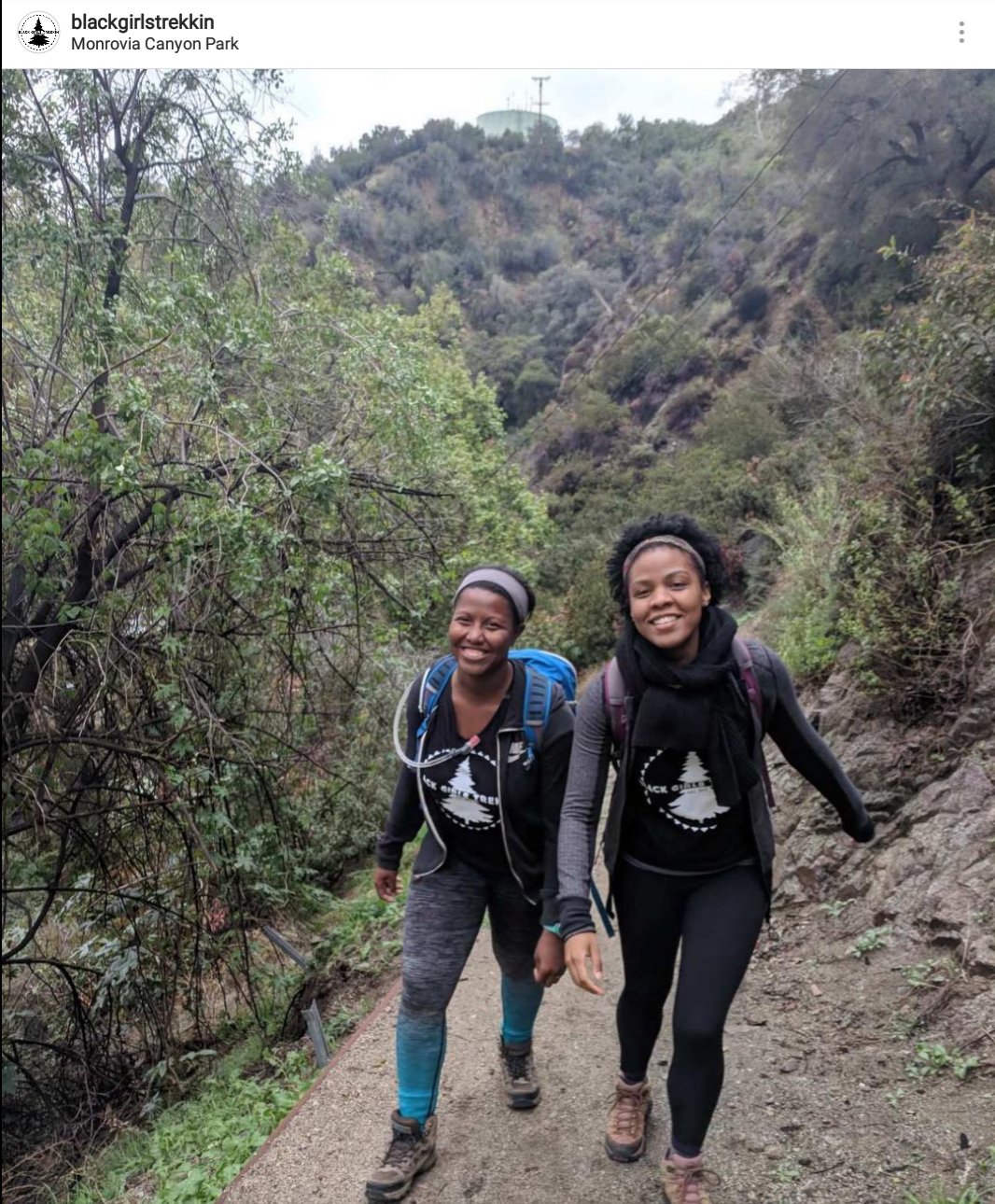 We hope you'll join us outdoors so we can show the next kid pursuing something that “black people don’t do” that when it comes to living our fullest and best lives there’s nothing we won’t do.