This run of Black Panther is one of, if not the, the most anticipated comic book series' in the Blerd community this year.

The #1 issue of esteemed author, journalist, educator, and the community's smarter, cooler big brother Ta-Nehisi Coates will be in comic book shops all over the country and online on the 6th of April. Something about the combination of Coates' style as a writer and T'Challa, the Black Panther monarch of Wakanda, the most technologically advanced civilization in the world, seems almost too good to be true

Here is the first rough draft page I wrote for Marvel. And here is where we ultimately went. pic.twitter.com/jLuLPakOpj

But, it is true. Via The Atlantic, Coates shared an exclusive preview, including preview pages from the first issue, concept art from the amazing and talented Brian Stelfreeze, and much of his perspective and stylistic approach that he adopted to tackle his run of Black Panther and do it justice

From the understanding of the story line that we have now, this run of Black Panther will be fueled by Wakanda's juxtaposition as an extremely advanced and intelligent society, that still allows its country to be ruled under a monarchy, one of the oldest and most primeval modes of government. Coates calls Wakanda a contradiction, in this way, and his comic book run watches T'Challa face an organization called The People, a group of superhuman terrorists taking political action through violence in the country


Check out the preview pages! 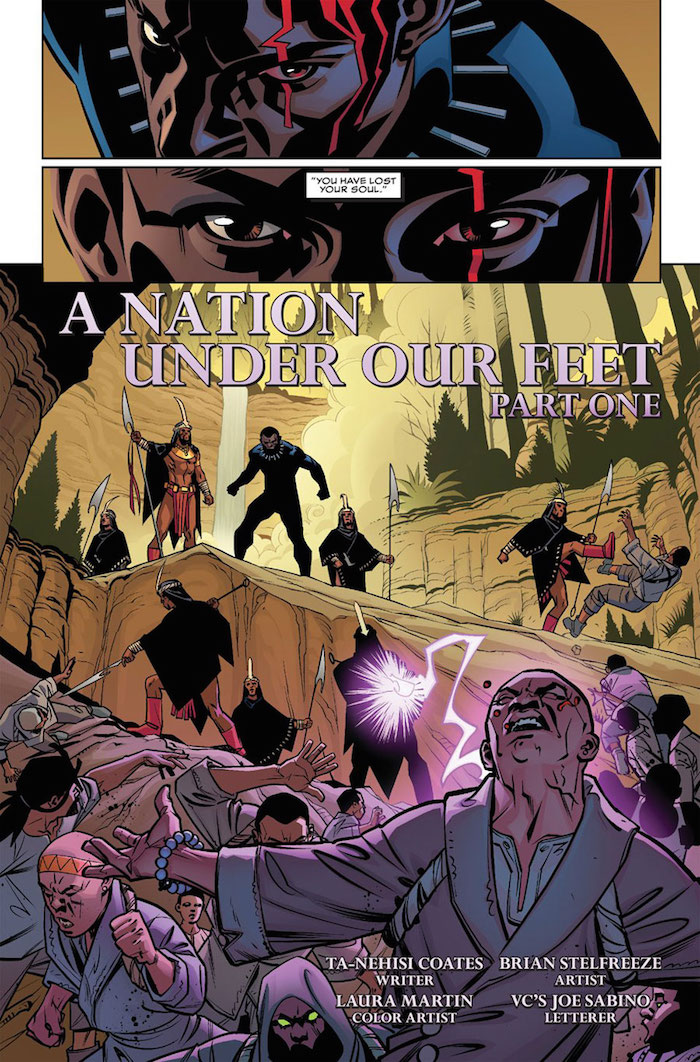 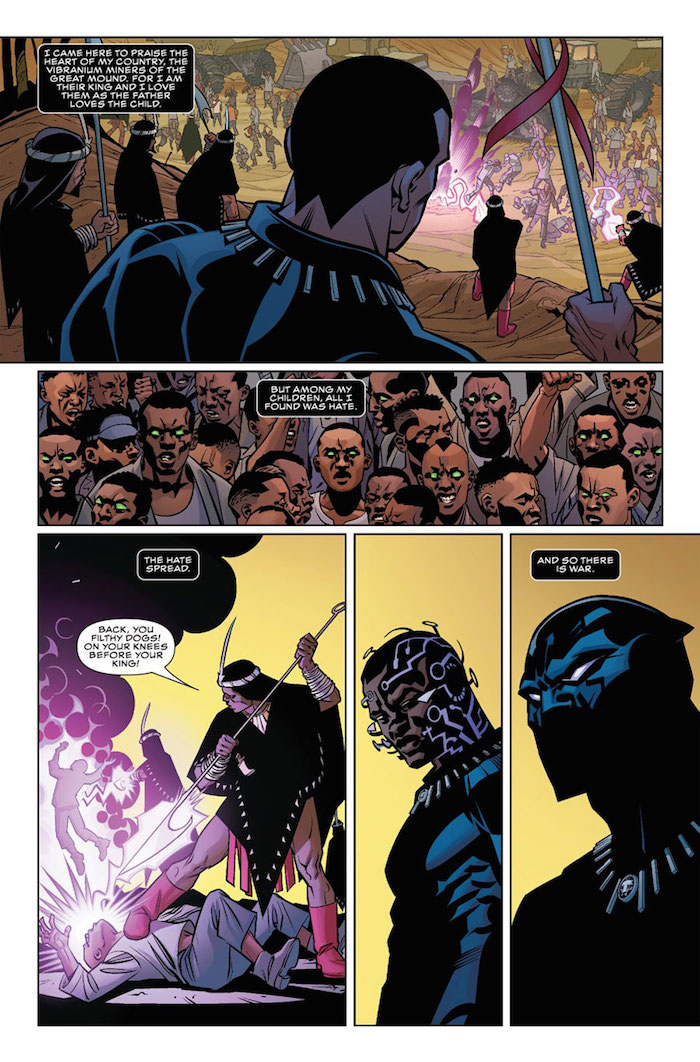 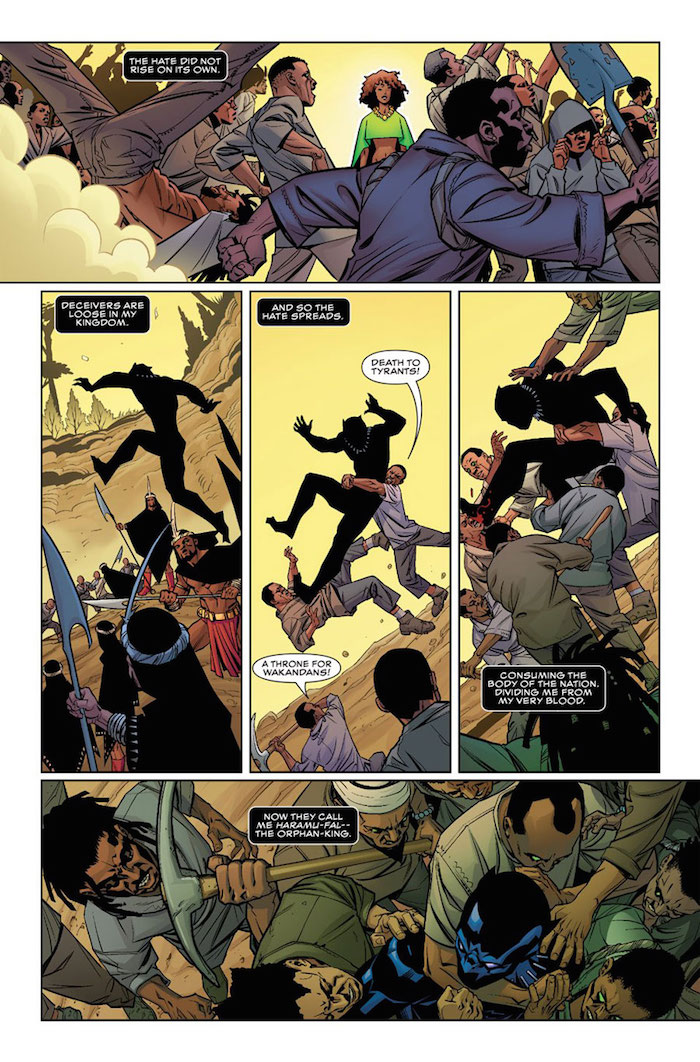 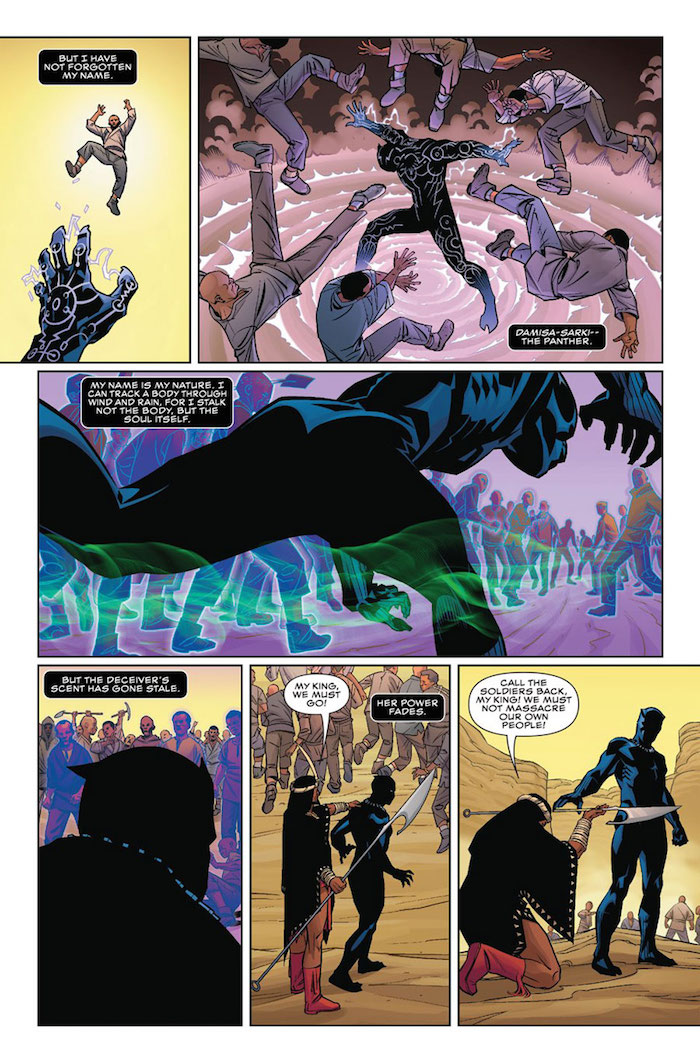 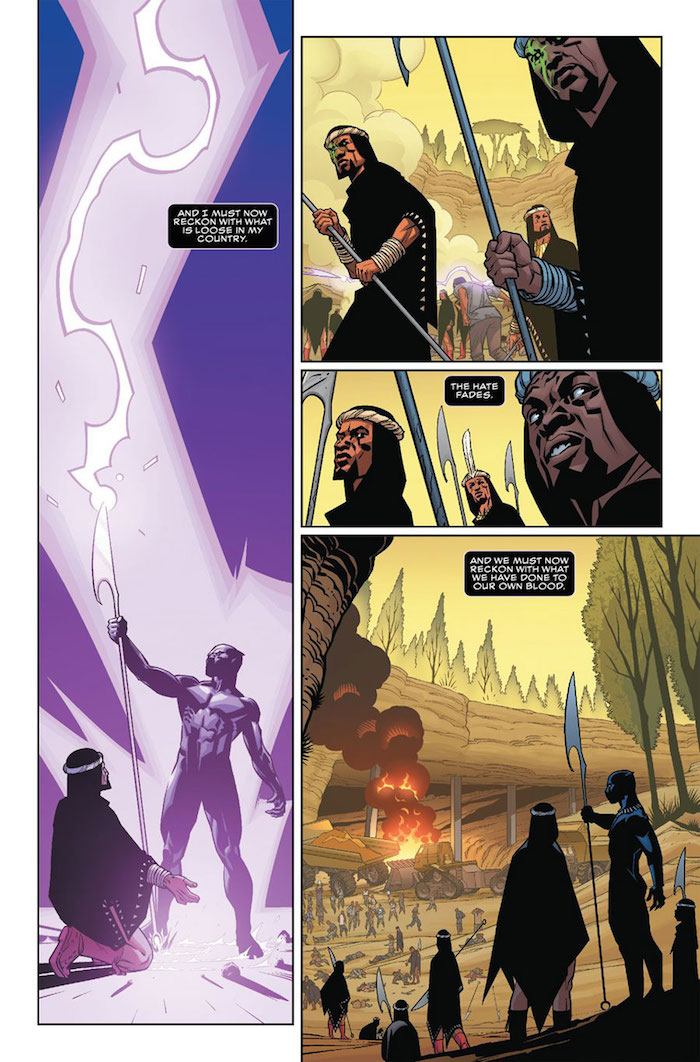 Photo: Marvel There are also several variant covers already previewed for this issue of A Nation Under Our Feet. If the work we've received from Coates in other mediums, in addition to the pages that we've already seen are any indication, this run of Black Panther may be one of the most popular and critically acclaimed runs the character has ever seen. When asked on Twitter about his thoughts, even now before release, about an expansion of his imagining of the world with T'Challa and Wakanda in them to television or film Ta-Nehisi Coates said:

What do you think about the preview of Ta-Nehisi Coates' Black Panther? Let us know in the comments.

READ NEXT: 'Hughie' is the latest display of black excellence on Broadway