After The Greatness That Was Beychella, I No Longer Care About White Beyoncé Fans

If Beyoncé don't care, I don't need to either.

I’ve been a Beyoncé fan since Beyoncé was a thing, which has pretty much been my entire life. I entered the stan phase after she released her self-titled album. Her older stuff was fun and cute, but I am loving grown Beyoncé making the music she wants to make. Unapologetically black and unbothered Beyoncé is my favorite. I have admired her growth as an artist, a mother, and as a black woman. I saw her live for the first time, on the “Formation Tour” and I had that “oh I get it now” moment. It just completed the full package for me. Watching her at #Beychella, took my stannin to a whole other level. I actually cried, whilst also screaming at my laptop screen at the pure black girl joy and representation she put on stage for my people in front that raisin in the potato salad, putting ass audience. Somewhere in the middle of that performance, while we kept getting shots of those confused white people’s faces, I realized that I really do not care about nor will I be recognizing white Beyoncé stans.

White Beyoncé stans have always rubbed me the wrong way, but it wasn’t until Beychella that I was able to pinpoint why. It’s because y’all don’t get it. White Beyoncé stans are just stans for superficial reasons. Yes, she is an amazing artist and anyone can and honestly should be a fan, but white Beyoncé stans don’t recognize Beyoncé as a black artist. They’re here for cute outfits and a crisp, hard-hitting 8-count they can do at whatever open mic/talent show they sign up for once a year. Where are the white fans when Beyonce's blackness and womanhood are under fire? Where are the white fans fighting for Black Lives Matter? For black anything? Where were the white fans when Beyoncé was scrutinized for being perched atop that sinking police car in “Formation”? 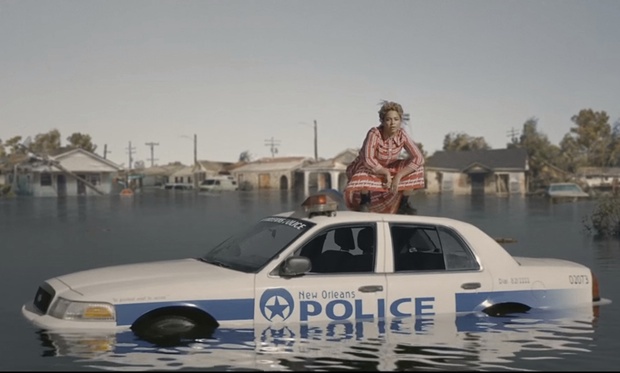 Did y’all even understand the point behind that? Nope.

White Beyoncée fans are the same ones mad at Colin Kaepernick for kneeling, who shout "n*gga" in song lyrics and wear them tired ass "dreadlocks" and microbraids that disintegrate their edges. White Beyoncé stans had no clue what was going on at Beychella. They were just there screaming because the queen was in front of them, which is fair but this was so much more than a performance. It was a clear black ass statement that went so far over their heads. “The most disrespected person in America is the black woman." Do they get that? Do they acknowledge that? Do they care? Of course, they don't. They don’t know “Lift Ev’ry Voice”, they thought it was an “I Was Here” remix. What do they know about HBCUs? About strolling, and stepping? They thought it was a hot new dance like we haven't been stepping since the beginning of time. What about that O.T. Genasis remix? About what the entire HBCU experience means for black people and how it represents our culture? Did they even know who Nefertiti is, or did they just think it was a self-portrait?

They don’t know about “Strange Fruit” or why doing that song at white ass Coachella was so bold. White Beyoncé stans, don’t care that she’s the first black woman to headline Coachella nor do they understand the importance or impact of that statement. Ms. Tina herself said she was nervous white people wouldn’t get it and Beyoncé went on with her performance anyway.

Beyonce is telling y’all loud and clear she ain’t pandering to white folks no more. If Beyonce doesn’t care about y’all, I sure as hell don’t need to. White Beyoncé stans fandom is so 1-layered, basic and bland and I do not have time to entertain it. Y’all are culture vultures in my book and don’t care about Beyonce’s blackness, what she stands for or her well being as a black woman, and y’all sure as hell wouldn’t be out here marching for her if she actually shared with us the racism she experiences all the time, so save it.

You can also save your @s and white rage because I do not care. I said, what I said. Here’s a bowl for your white tears \__/.