As An African Asylum Seeker In Solitary Confinement, Oppression From ICE Grows Each Day

I left Cameroon in 2019, fleeing a genocide against unarmed and outnumbered civilians. I sought safety in the United States. But I have not found safety.

To reach this country, I crossed the Caribbean Sea by boat, walked through the jungles of Panama on foot and rode a bus through Costa Rica, Nicaragua, Guatemala, Honduras and Mexico. I turned myself in at the United States border on October 23, 2019.

This month, I surpassed my 300th day in ICE detention.

When I entered the U.S., I learned that because I crossed the border through an official point of entry, and because I have family in this country who are ready to receive me, I qualified to be released on parole. But, despite my eligibility and the countless times I have submitted documents for parole, Immigration and Customs Enforcement (ICE) has refused to parole me. The same is true for scores of immigrants — including more than 40 Africans — detained with me in Pine Prairie ICE Processing Center in Louisiana.

In other detention centers, our brothers told us that they were released after submitting the same documents we submitted. But here, no matter what we do, they tell us we are a flight risk and we have not established community ties. Our frustration has grown as we remain stuck in detention for months and months with no possibility of release.

The torment that we experience at the hands of ICE left us no choice but to carry out a hunger strike back in March. We went on strike to express our grievances under these heartless authorities and to let our voices be heard by the international community. A group of us made up of over 40 Cameroonians and other Africans began our hunger strike on March 3.

Days later, an ICE supervisor promised to bring us answers to our questions. He said he was new and needed some time to figure out what was going on in the facility. To give him the benefit of the doubt, we paused our strike when he asked us to.

Two days later, he returned. He told us he’d spoken with the judge about our cases and believed that we were lying about our identities. I felt so sad because I had legitimate documents proving where I was from and who I was. I felt something break within me. At that moment I knew we were being judged unfairly. Then, officers came and removed me from my dorm and brought me to solitary confinement. When I tried to ask what I had done, they said ICE ordered them to lock me up. 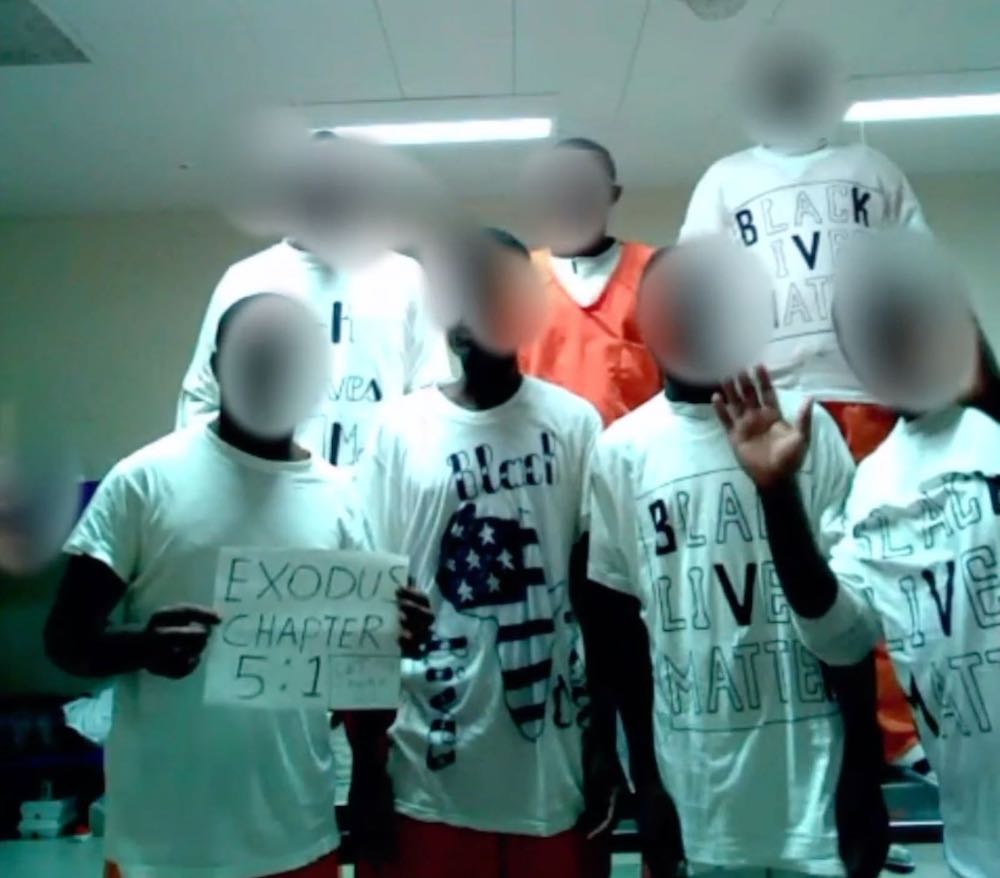 While we were locked up in solitary confinement, no one ever listened to us or asked us what our grievances were. They just told us we wouldn’t be released unless we ate. From the day I was put in solitary confinement, I never ate, to the point that I lost consciousness and was put in the medical unit. I extended my hunger strike to March 13 and finally resumed eating that evening, when I realized ICE was not interested in hearing my grievances and was instead planning further actions against me.

Since March, our situation has only worsened. There are still over 40 Africans in Pine Prairie trapped in the grip of ICE. Despite the threat posed to us by COVID-19, and the fact that many of us have health conditions that increase those risks, ICE has released only one member of our group.

We want our ICE officers to speak with us and tell us the truth of why they refuse to grant us parole. We wonder why it appears there are two different ICE’s in America, two different processes, two different systems. We don’t understand why our friends and brothers who are detained in different parts of the country have been released while we are stuck in detention for close to a year. We don’t understand why they refuse to release us, even though we are in danger from the coronavirus.

We want them to know that we left our country seeking protection, not because we want to die in detention. We want to know who is signing off on our parole denials and denying our freedom.

But they refuse to answer us. Our suppression, oppression and frustration at the hands of ICE grow each day.

That is how things are at Pine Prairie. And that is why we continue to fight for our freedom.