9 Reasons Serena Williams Will Forever Be The G.O.A.T.

Serena Williams is to be protected by any means necessary. She is a national Black treasure–but of course, this is nothing new. Since she won the U.S. Open title in 1999, Williams has exemplified the epitome of all things Black: Black mama, Black daddy, Black beauty, Black style, Black magic, Black gold, Black excellence–and Black middle name, Jameka. She is ours and she never ever disappoints.

Not only is Williams a tennis darling–having won 23 Grand Slam singles titles, being ranked the second-most in women's Grand Slam tournaments of all time and 22nd among the best tennis players in the world–she is a phenomenal woman; a superhuman of sorts. She transcended athletics and became an icon in her own right by being unapologetically comfortable in her own skin. When faced with body-shaming, she stood alongside Queen Bey, whipped her hair back-and-forth and twerked that azz to the haters.

Serena Williams does it her way. She dated who she pleased and married who she wanted. She dropped a baby at the height of her career and recently returned and opened a can of whoop ass on her contenders. 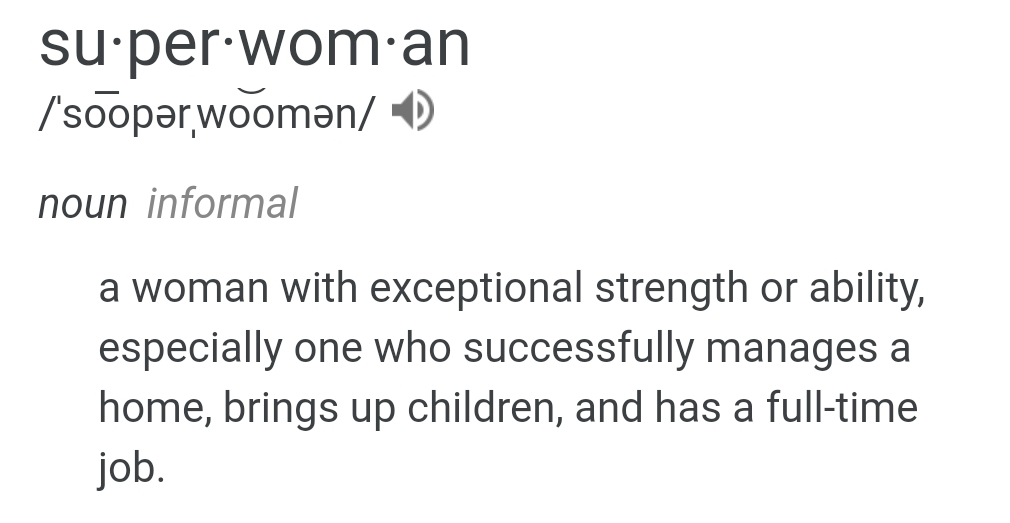 If there is any Black woman who qualifies as a superwoman for real, hands down it’s Serena Williams. She embodies every aspect of such a title and then some. Who you know do it better? I’ll wait, but I won’t hold my breath.

Instead, I’ll just drop a few nuggets to prove my point:

Serena sported braids in unlikely spaces: on the tennis asphalt and at the royal wedding. 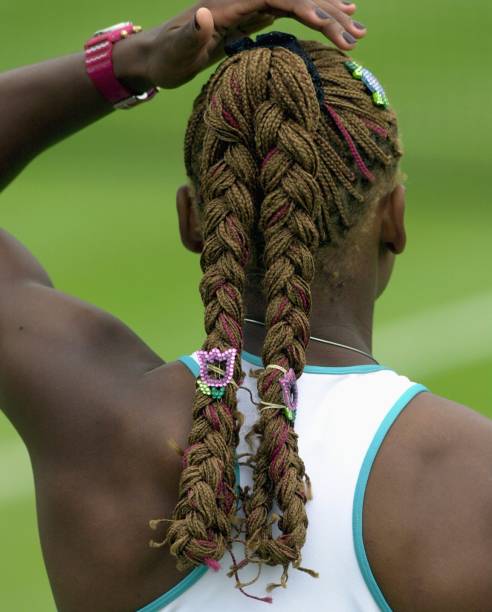 Williams is an advocate against gun violence, and with her sister, Venus, opened the Yetunde Price Resource Center, a community center in Compton, California, named after her oldest sister who was the victim of a fatal drive-by shooting in 2013.

Not only has William’s spoken out against gun violence, she knows Black Lives Matter. 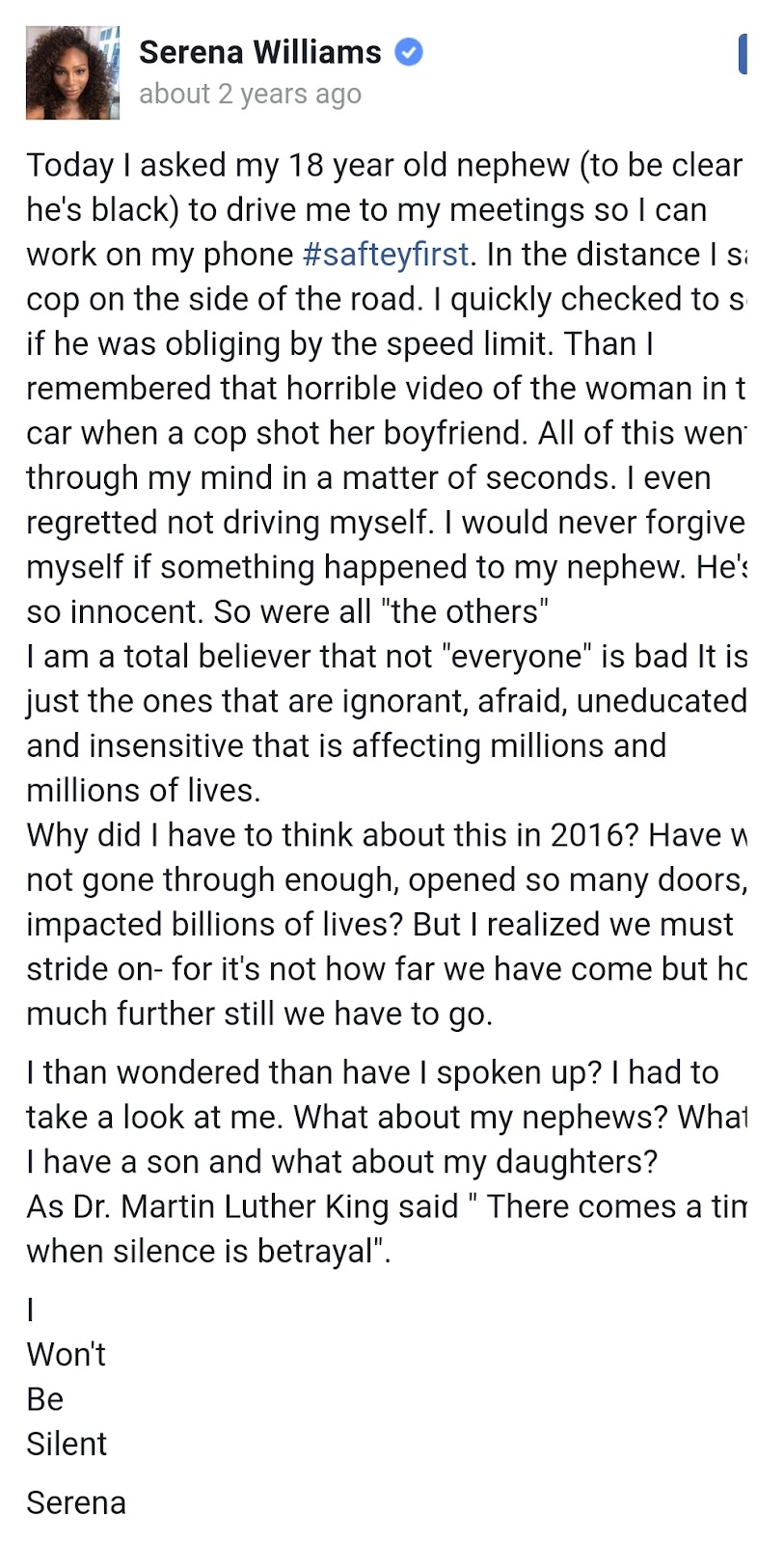 After making a profound statement on the gender pay gap in an interview with Melissa Harris-Perry, Williams went on to pen a thoughtful essay on the topic for Fortune magazine. However, she put the focus on how the wage gap affected Black women specifically. 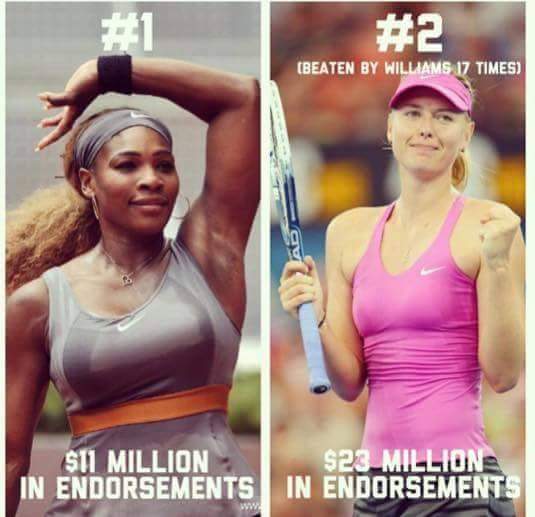 Williams beat the brakes off longtime rival Maria Sharapova in the 2016 Australia Open. Three months later, on Sharapova’s 30th birthday, the tennis great of all time announced she was 20 weeks pregnant. In other words, she pulverized Sharapova two months into her first trimester. 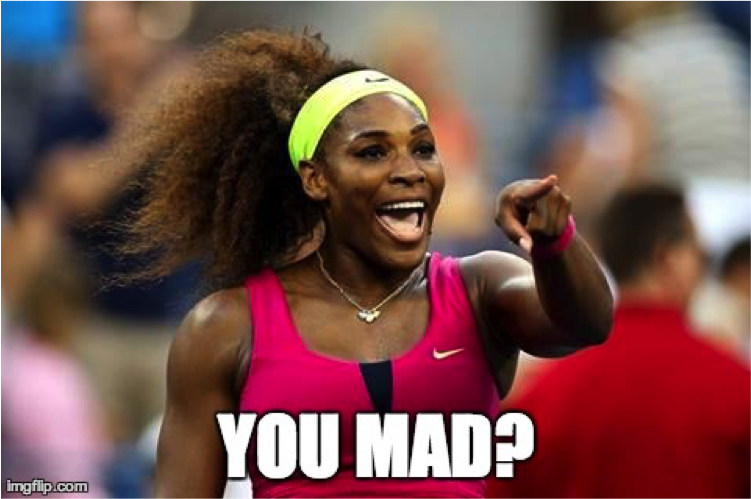 A superwoman knows she’s G.O.A.T., and Williams gets it. After her most recent triumph, Williams was asked if she minded being the one everyone wants to beat. Unbothered, she answered: “That’s what makes me great. I always play everyone at their greatest. So I have to be greater.” Nah, she does not come to play.

I asked Serena Williams if she minded always being the one to beat.
Her answer blew me away. #Wimbledon
@serenawilliams
@Wimbledon
https://t.co/XsHI26FSi4

Following a foot surgery in 2011, Williams suffered bilateral pulmonary embolism, blood clots traveled to her lungs and she could have lost her life. This life-threatening condition made her high-risk throughout her pregnancy. Postpartum, Williams had a shortness of breath and coughing spells which made her suspicious of a recurring issue. She had to convince the medical staff to give her a CT scan which evidently saved her life. A hematoma was found in her abdomen.

Every superhero needs an outfit and Williams always comes ready to serve.

Since 1995, Serena has evolved and morphed into the superwoman she is today. Watching her grow over time has been nothing short of amazing–as is witnessing her advance to the 2018 Wimbledon semi-finals after a maternity hiatus. Call it transcendent, call it divine, but don’t ever call it a comeback. She’s been here for years.