Black Twitch Streamers Are Mobilizing To End Harassment On The Platform

When Twitch is slow to (or refuses) any form of accountability, they are complicit in the continued harm against the platform’s Black users.

In the past month since launching their #TwitchDoBetter campaign, Black content creators on the streaming platform have led the calls for greater equity and protections for Black users on the platform. In response, the same Black streamers have been subjected to hate raids, doxxing, swatting and other forms of harassment and abuse.

When Twitch is slow to (or refuses) any form of accountability, they are complicit in the continued harm against the platform’s Black users. We’ve partnered with the Black streamers and content creators to amplify their demands for greater autonomy over the platform so that Twitch will ensure proper protections and implement racial equity audits to put an end to racial harassment on the platform.

In a long line of tech companies’ negligence, Twitch’s continued inaction to create stricter regulations against racist harassment is a direct threat to the safety of Black creators. As content creators leading #ADayOffTwitch and firsthand victims of the platform’s racial harassment, the following two streamers are leading the call for racial equity in the digital space and shared their experience on Twitch: 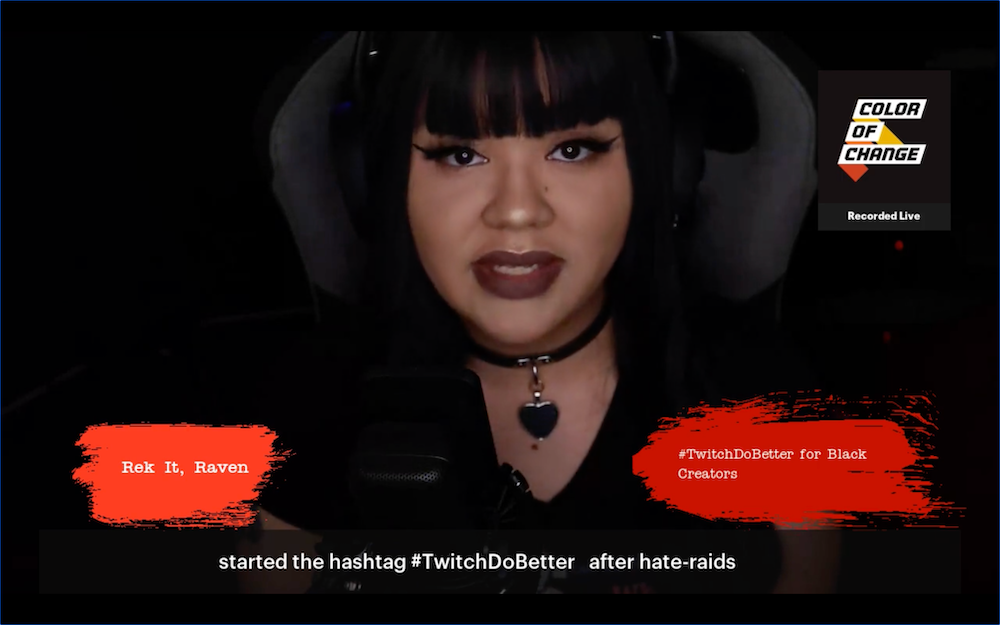 “Being hated for existing is no longer limited to the side eyes in a grocery store, or the "I love Barack Obama '' microaggressions. In the years that have passed, we have seen racism thrive under the guise of freedom of speech and that has plagued our online spaces more openly and gratuitously with never-ending fervor. Twitch is not an exception.

In the last few months, the behaviors of racists have thrived on the platform and enough is enough. Although I have seen and noticed subtle changes, I have also seen death threats, bomb threats and more harassment. I know that many BIPOC creators have experienced the same things. We need to be able to stand firm, but at what cost?

Twitch's oversight has failed BIPOC and other marginalized creators. We need to feel safe and we don't. However, I am hopeful. I believe that we can make a change to have more proactive tools to protect ourselves, and I believe that Twitch has the capability of providing marginalized people with the power that we've lost. That would mean we don't feel anxious pressing "Go Live" and we are offered more opportunities outside of months that call for it. (Black History Month)

We are promoted, celebrated and protected like we should be. This should have never gotten as bad as it has. We should have never felt the fears we've had to face on this platform, but we will overcome it, thrive and make change so that others don't have to.” 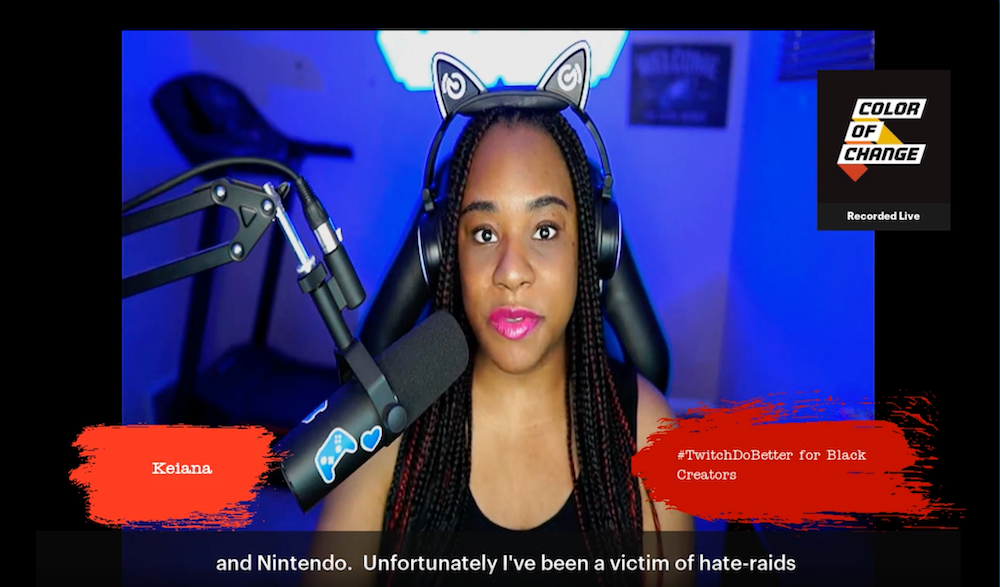 “I'm RealMamaEagle. I'm a partnered variety streamer on Twitch with a focus on mental health, sports, stream coaching and Nintendo content. As a woman and streamer of color, I've dealt with my share of hate and sexism on the platform.

Getting full autonomy over my content would open doors for more discoverability, Twitch ambassador and continuing to make sure my community and others are safe. I would also be able to speak my mind without fear of being hated for it, and fear of being targeted for it. I just want my space where I can be myself and be safe.

"A day off Twitch" showed me that love on the platform will always trump hate and that we do have the power to make change. That was clear to me when we witnessed Twitch with a drop of 1 million in viewership. That day was not only a bonding experience but an affirmation that our work isn't done but just beginning.”

Content creators are demanding their right to greater protections on the streaming platform, and it’s past time Twitch took immediate action. As racist users are actively targeting Black streamers, their privacy, and their families, cannot afford a delay in effective regulations against harassment. Tech companies must dedicate themselves to eliminating ingrained racism by enforcing anti-discrimination policies, developing products that protect Black creators and advancing protocols through an independent racial equity audit. Digital and online spaces are capable of being platforms of greater opportunity for Black creatives and rooted in racial equity — and we have the collective power to make sure they are.