From books to the big screen, podcasts and more, author Zane shares what's next for her career. 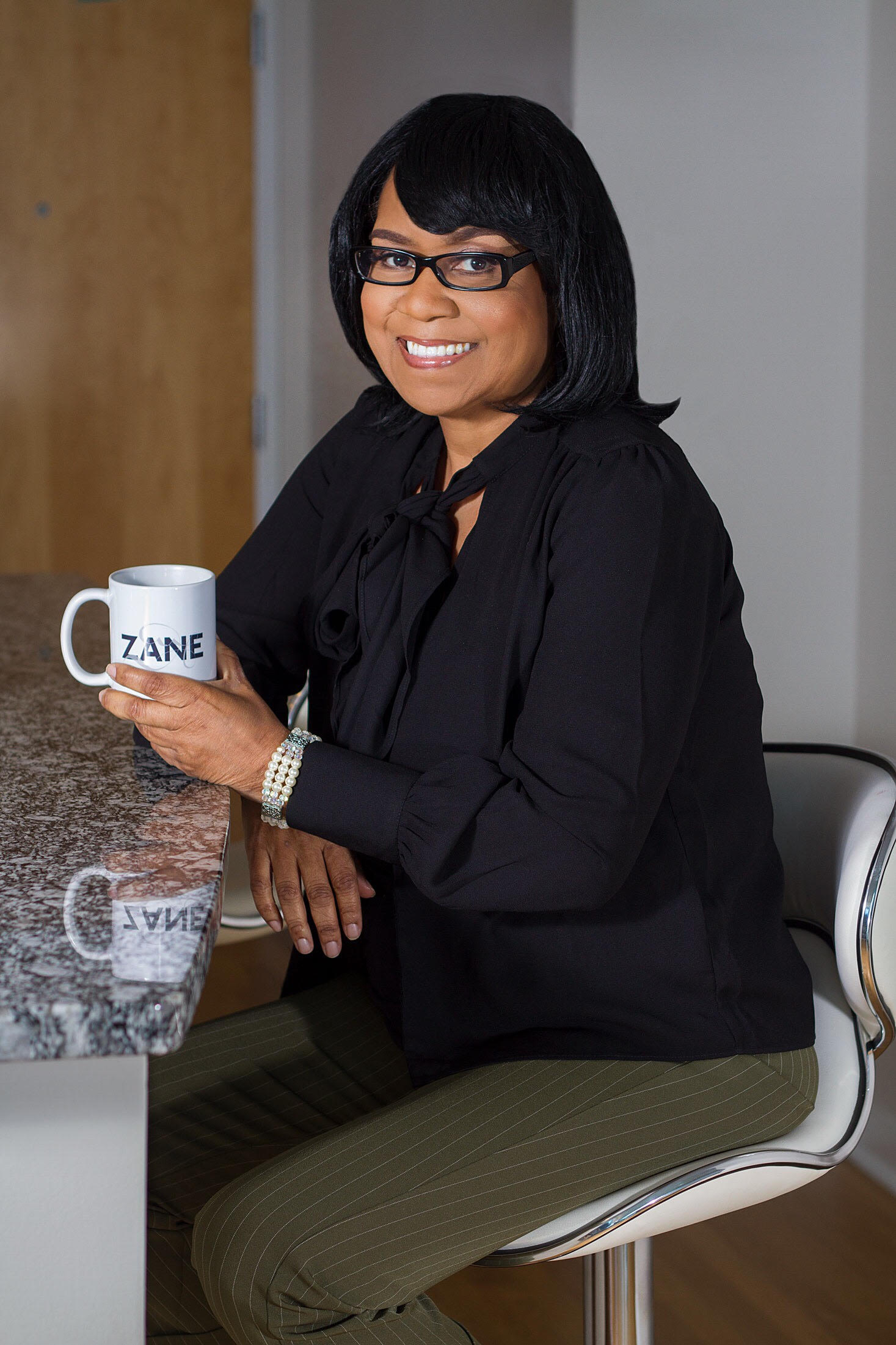 “People don’t talk about sex the way that I write about sex,” Zane told Blavity.

Much of Zane’s inspiration is drawn from her personal experiences and vivid imagination. Her writing process can vary depending on the story, but once she takes on a book project, words flow almost effortlessly. Sometimes she may start out with only a title and then builds up the plot. Other times, she’s unsure of what direction she wants to take until the words make their way onto the pages. For instance, when the prolific author, who is currently in the early stages of developing a new untitled novel, gave Blavity insight into her current writing process for this project, she said that the story might focus on a man who is unable to commit to his long-term girlfriend.

“A lot of times a man will be with a woman for a long time, and then turn around and meet his soulmate and make a commitment really, really quickly,” Zane said. “It’s a very timely situation. I see it all the time — women who go through all this stuff for a man, make all these changes. Next thing you know, they break up and in six months he’s engaged to someone else.”

As seen from her current book idea, Zane’s stories bring to life relatable characters, who withstand real-life scenarios and are also sexually liberated. Oftentimes, women aren’t always forthcoming enough in regards to their sexual desires, due to the fear of negative feedback from their partners. However, Zane agrees that it’s time for Black women to take back control in the bedroom instead of letting men take charge and give demands, because it should not be up to a man to define a woman's sexuality. When we asked Zane how Black women can reclaim their sexuality, she advised that they not be complacent.

“I know a lot of women who are afraid to be freaky around their man, because they’re afraid their man is going to misjudge them and wonder who else they’ve done that with,” Zane said. 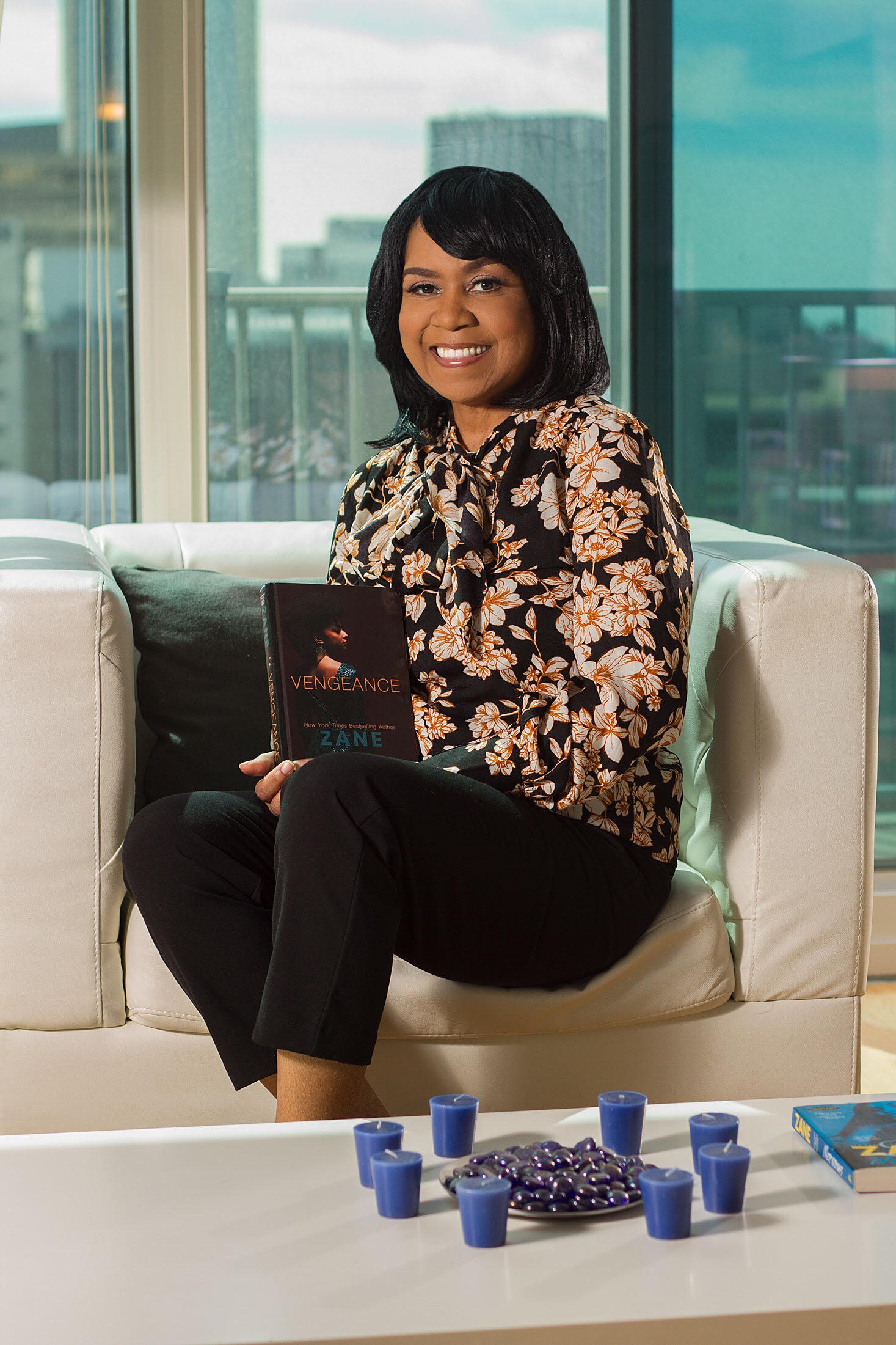 Even though Zane speaks about women’s sexual liberation, her stories aren’t just for women or any particular demographic. Instead, she writes for herself.

Similar to sermons from Black ministers in Baptist churches, Zane’s novels offer readers takeaways and are meant to draw up different emotions as well as open up a healthy dialogue. One of the many subjects Zane has found meaningful and important is emphasizing mental illness awareness.

Researchers from Mental Health America found that in 2014 approximately 6.8 million Black Americans had some form of diagnosable mental illness. They also cited how strong beliefs related to stigma and psychological openness adversely affected the coping behavior of people within the Black community. Zane’s novel Vengeance explores how mental illness is often addressed within the Black community, and how that can trickle down to impact multiple generations, as the unaddressed traumas of parents can eventually manifest in their children. Though an erotic thriller, the story also stresses the importance of seeking help to end a cycle of trauma, in a narrative that is as relevant now as it was when it debuted back in 2012.

Another classic work by Zane that has recently reemerged into mainstream consciousness is Zane’s Purple Panties: An Eroticnoir.com Anthology, a collection of lesbian erotica gathered from different writers and published in 2008. On April 17, 2019, Zane released a podcast series based on the book anthology titled Purple Panties via the on-demand internet radio service Stitcher. 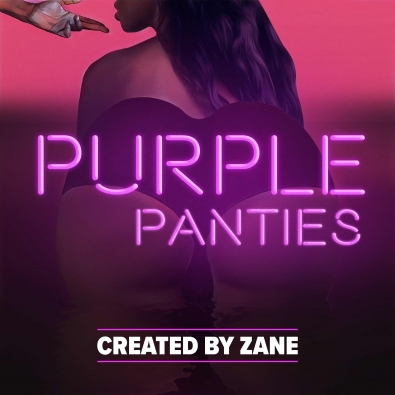 In addition to launching her podcast, Zane has also been busy editing and working as a ghostwriter on a number of other projects for various authors. She dabbles in a bit of everything, even doing some consultation work and interior design.

For the millennial writers who wish to pursue writing full-time, Zane stressed the importance of being realistic and encourages writers to set a feasible goal they can work hard toward to make a reality. Most importantly, she advised that consistency is key for succeeding as a working writer. It’s apparent that Zane’s imaginative spirit and her love for writing is continuously thriving. So what’s up next for dynamic creative? Zane will continue to prove that she is a powerhouse in the entertainment industry. We can expect to see more of her erotic fiction stories move to the big screen, as she has her sights on directing a movie later this year.

Culture
Lauren London Reminds Fans She's Forever 'Lady Hussle' As Rumors Swirl That She's Dating Diddy
News
10-Year-Old From Viral Catch-And-Release Video Gets Invited On The Excursion Of A Lifetime
Politics
Warren Went Off On Bloomberg, All Gloves Came Off During The Vegas Dem Debate
World News
Germany Football Fans Come Together To Get 'Nazis Out' After Someone Makes Monkey Noises at Black Player
X