The president also blasted the press for poor reporting, chastised the "alt-left" and said taking down CSA monuments was "changing history."

The president of the United States is the leader of the country. When something bad happens, the nation’s citizens turn to the White House, looking for guidance and for comfort.

The nation reflexively turned to Trump this weekend, after a white nationalist rally in Charlottesville, North Carolina turned violent, leaving 19 wounded and one person dead.

The president criticized the day’s violence, and said it came “from many sides.”

This didn’t sit well with many Americans who had spent the day watching images of people being beaten, of a car being driven into peaceful protesters. 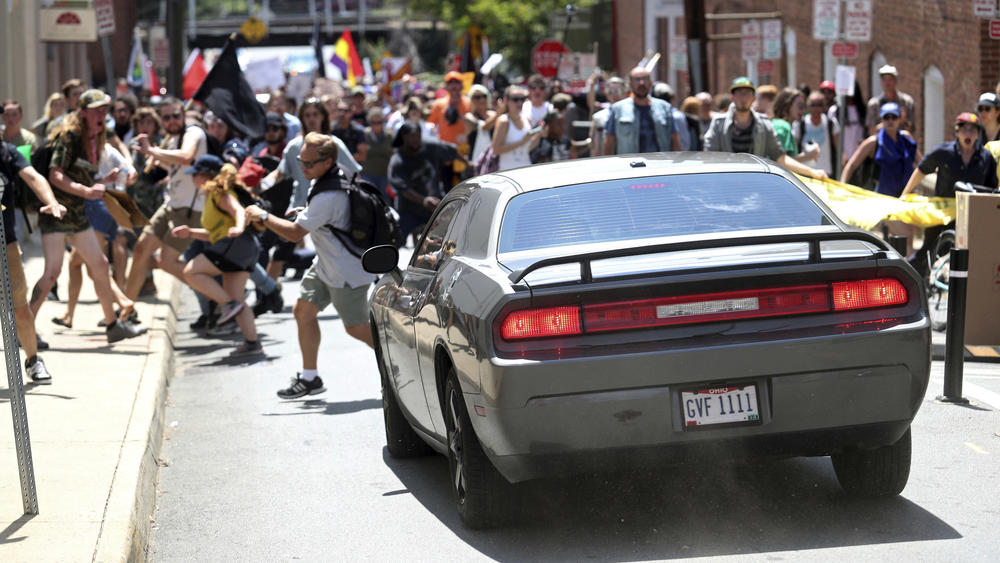 These citizens wanted to hear from an indignant president, full of wrath and hurt over an American citizen being killed by a white nationalist. They wanted their leader to denounce in no uncertain terms that white supremacy was evil.

The president’s words may have done little to comfort those who believe in equality, but they did nothing but bolster those who do not.

The Daily Stormer, a white supremacist site wiped from the internet due to hosting troubles, wrote that the president’s words ought to embolden white nationalists. “He didn’t attack us … there was virtually no counter-signaling of us at all,” CNN reports.

Finally, this week, under pressure from citizens and politicians of both parties, the president read a prepared statement, “Racism is evil. And those who cause violence in its name are criminals and thugs, including the KKK, Neo-Nazis, white supremacists and other hate groups are repugnant to everything we hold dear as Americans. Those who spread violence in the name of bigotry strike at the very core of America.”

Now at home in New York City, Trump decided he needed to clarify his condemnation of hate, ABC News reports.

To make it even clearer that he stood behind his earlier “many sides” comment, the president told the gathered press, “I think there’s blame on both sides. And I have no doubt about it, and you don’t have any doubt about it either.”

He went on to say that any confusion about the facts of Charlottesville was the press’ fault, blaming journalists for not reporting “it accurately.”

The president also questioned whether the alt-right really exists, “When you say alt-right, you define it. Go ahead. Define it for me.”

He then coined a new term, the “alt-left.”

He referred to the alt-left as “very violent,” and said “nobody wants to say that, but I’ll say it right now.”

As for the people on the other side, the white nationalist side? The president said they are misunderstood and have been misrepresented.

“You had many people in that group other than Neo-Nazis and white nationalists, okay? And the press has treated them absolutely unfairly.”

This led to an outcry by the press present.

Reporters also asked the president about Confederate monuments being taken down.

Finally, the president made some time for self-congratulation and self-promotion.