How Black Women Are Rising Up And Owning Their Political Power

Now is the time to embrace our political power as Black women.

This is the first installment of a weekly column written by Blavity Politics Senior Editor Kandist Mallett.

Whether it’s Cardi B taking to the gram to speak out in support of federal workers or Representative Stacey Plaskett keeping it real during the Cohen hearing, Black women are embracing their power and using it to implement political change.

This past weekend I went to the Power Rising conference in New Orleans, Louisianna where Blavity Politics was a media sponsor. The purpose of the conference was to create a space for Black women to come together, network and realize that the power to commit change resides in us.

The conference featured Democratic rising star Stacey Abrams and presidential candidate Kamala Harris. The Congressional Black Caucus was also in full effect with representatives like Jahana Haynes, Barbara Lee, Bonnie Watson Coleman, Yvette Clarke,  Karen Bass, and Lauren Underwood in attendance. At one point there was a Democratic Wakanda Forever moment with members from both the House and Senate participating. 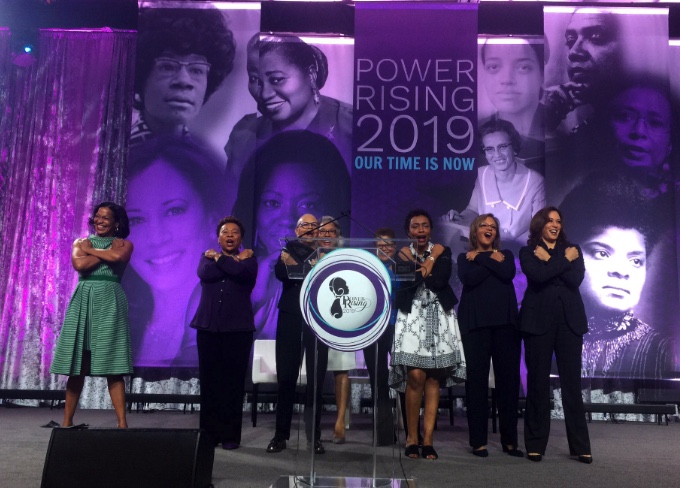 Abrams sat with Melissa Harris-Perry and discussed how she felt after the Georgia governors race was stolen from her. She discussed the importance of moving forward while allowing oneself time to heal. “I believe in turning my anger into action, but I also believe in experiencing those emotions,” she said.

Harris had a one on one with Star Jones where they discussed everything from her prosecutorial past to her relationship with her husband. Something that Harris kept repeating from the discussion was not allowing anyone to "define who you are." This was in reference to people questioning her on her Blackness, on questioning her capability because of her Blackness, and for her time spent as a District Attorney in San Francisco. The conversation appeared to focus on issues that Harris knows could be trouble areas for her when it comes to securing the Black vote. 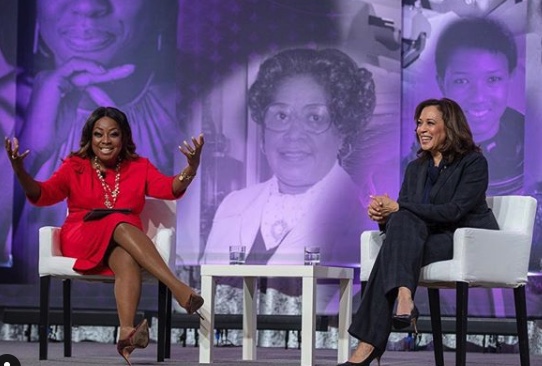 Whether you want these women elected or not, the fact that a Black woman is running for president and another Black woman gave the State of The Union rebuttal to the current sitting president shows how powerful Black women are at this political moment.

Representation and mentoring was something that was repeatedly reiterated throughout the conference. Making sure that we are not only securing a seat for ourselves but that we're making room for our fellow sisters. It is this sort of collective empowerment that is crucial in making sure that Black women are furthering our struggle together, not just individual securing our own bag. 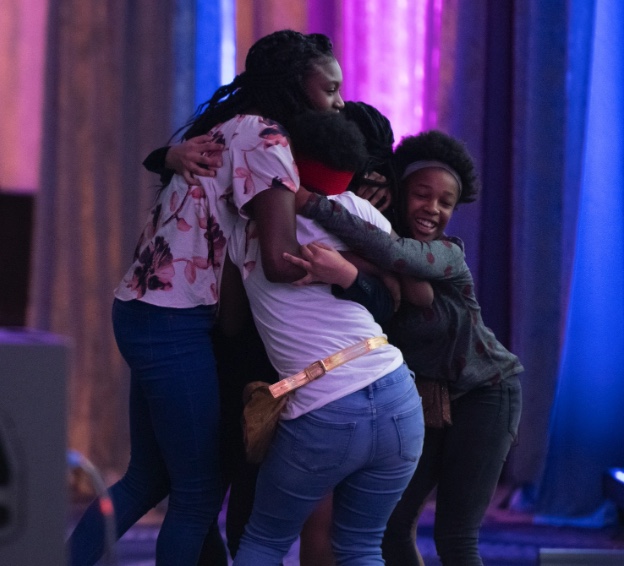 There was a strong presence of a generational sisterhood. I spoke with three young ladies about why they felt the need to come to this conference. One of the young women said, "I think it’s an amazing opportunity to be able to be exposed to such prestigious and intelligent political figures… especially seeing black women in power as well as pursuing power, it at least feels good to me knowing that’s something I can purse as well."

It made me think about how when I was their age there were only so many examples of Black women in political leadership. But for them, because of social media and the way politics has increased as an interest in our society, they are seeing so many more real-life examples of Black women in powerful positions. The question for the next generation will no longer be, "can I do this?" but instead, "do I want to do this?" They will have a choice. 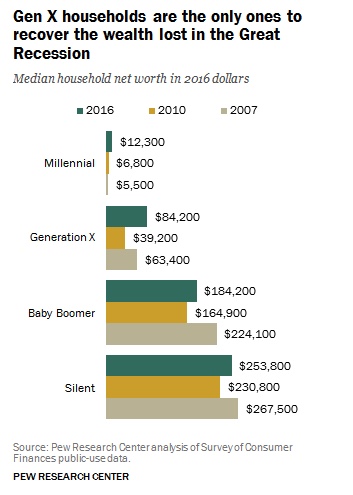 As a millennial, we are torn between the old world and the new. We knew what life was like before the internet but our adulthood was shaped by a tanking economy and new technological globalist economy. Power is not something we necessarily grew up desiring but being thrown into an economic reality in which we experienced the "great recession" has shown us that in this world you have to be innovative. A Pew Research report shows that millennials suffered the hardest from the last recession. It is through this reality that we find ourselves in a unique position where we will be financially disadvantaged, overskilled, and living on a planet that will eventually become unhabitable for most of us if something drastic isn't done.

While the Power Rising conference was filled with Black women from all generations, there were still moments where the generational differences were evident. Discussions around respectability politics and the lack of discussion of climate change show that we as Black women need to have more intergenerational dialogue to bridge the gap while passing the baton.

As we get closer to the 2020 election, we need to be discussing what we demand from a candidate. What is the point of being a voting bloc that the Democratic Party can depend on if we can't depend on that party to do what is best for us? 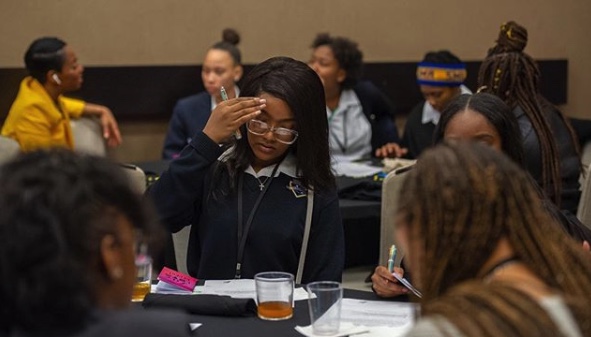 Fully encompassing our power means holding others accountable. This means more spaces that are designated for us, created by us, and allow us to discuss the work we’re already doing and how we can amplify it by working together. This was probably the greatest aspect of Power Rising — the organizers successfully brought together policymakers, organizations, activists and those who are politically engaged and gave them space to network, talk, and learn.

If the 2016 election has taught this country anything, it’s that they not only need to listen to Black women but they need to move out of the way and let us lead. Whether it’s Black women running for office, doing the work behind the scenes, getting important legislation passed or organizing locally with their community to bring change to the streets, Black women have repeatedly proven ourselves to be the vanguard.

Black women are a political force, and the rest of y’all need to get out of our way.

7 Things To Know About Kamala Harris’ Bid For Presidential Candidacy

The Political Work Of Black Women Must Not Get Overshadowed

How To Hold Your Representative Accountable