Invincible Iron Man #1 will introduce a changing of the guard. We already know that the events taking place in the current Civil War II
Marvel comic book run will end in Tony Stark's retirement, but now we also have an idea of who will fill his shoes 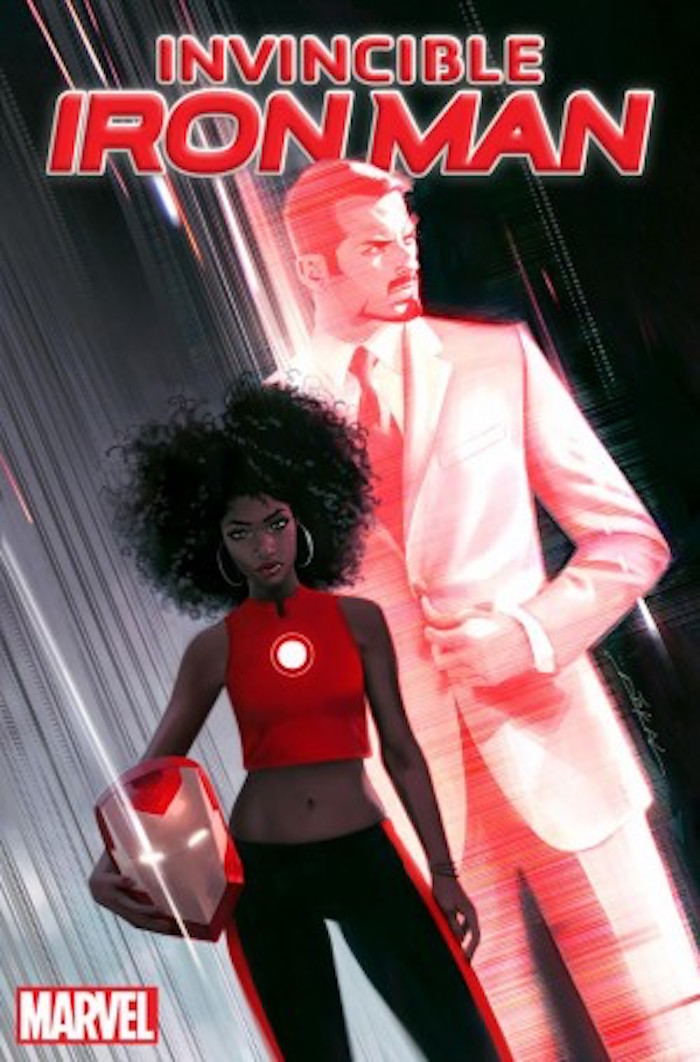 Photo: Marvel In an exclusive from TIME, the character is said to be a genius, even more so than Stark himself. She enrolled in MIT at the age of 15, building her own Iron Man suit in her dormitory. According to creator Michael Bendis, Riri is a Chicago native. Bendis is the man who brought us Miles Morales as Spider-Man, so we should definitely expect this character to be strong and distinct within the Marvel universe
Obviously, some of the fan reactions have been completely ridiculous. Bendis said to TIME, "I don’t think people even realize how racist they sound. I’m not saying if you criticize you’re a racist, but if someone writes, 'Why do we need Riri Williams we already have Miles?' that’s a weird thing to say." I agree. Yes, Bendis could've created an entire new character, but don't act like this is a foreign concept. Different characters take up the mantle of different heroes all the time. It's been happening in comics for years, and it's far past time for a black woman in comics to get to play the genius role. Too often, women in comics are all cleavage windows and intense sexualization. Riri Williams is the Iron Man that 2016 needs
Invincible Iron
Man #1 will be released as a part of Marvel NOW! later this year.

Photo: Giphy
What do you think about Riri Williams as Iron Man? Let me know in the comments, I read and reply to all of them. Hit the share button and tag a friend who needs to see this.