The American-born singer gained fame and reverence in France, but her legacy highlights racism in both countries.

Famed American-born entertainer Josephine Baker is being inducted into the French Panthéon, the nation’s highest honor. The Panthéon, built in 18th century Paris, serves as a public memorial for the country’s most revered figures. As NPR reports, only about 80 people have been given this honor in history, and “Baker is the first performing artist, first Black woman and first American to be honored with a Panthéon induction.”

Baker experienced a challenging childhood in the Jim Crow-era U.S. before gaining international acclaim. Born Freda Josephine McDonald in 1906, Baker had a difficult early life as a poor child in St. Louis. By 1925, a 19-year-old Baker had already been married and divorced twice; it was from her second husband, William Baker, that she gained her last name.

Baker first traveled to Paris in 1925, where she would become a superstar as a dancer and an entertainer. Within a few years of arriving in France, Baker became the highest-paid entertainer in all of Europe. She later gained hero status for her efforts during World War II, using her celebrity to send Jewish refugees to safety and to pass along secret information as a spy for the anti-Nazi French Resistance.

Baker was also active in the American civil rights movement. She wrote against segregation and refused to perform in front of segregated audiences in the U.S., in addition to working with groups like the NAACP. In 1963, Baker flew in from France for the March on Washington. Wearing the uniform she wore as a member of the French Resistance, she spoke just before Martin Luther King Jr. delivered his “I Have a Dream” speech and was one of very few women to address the crowd during the march. 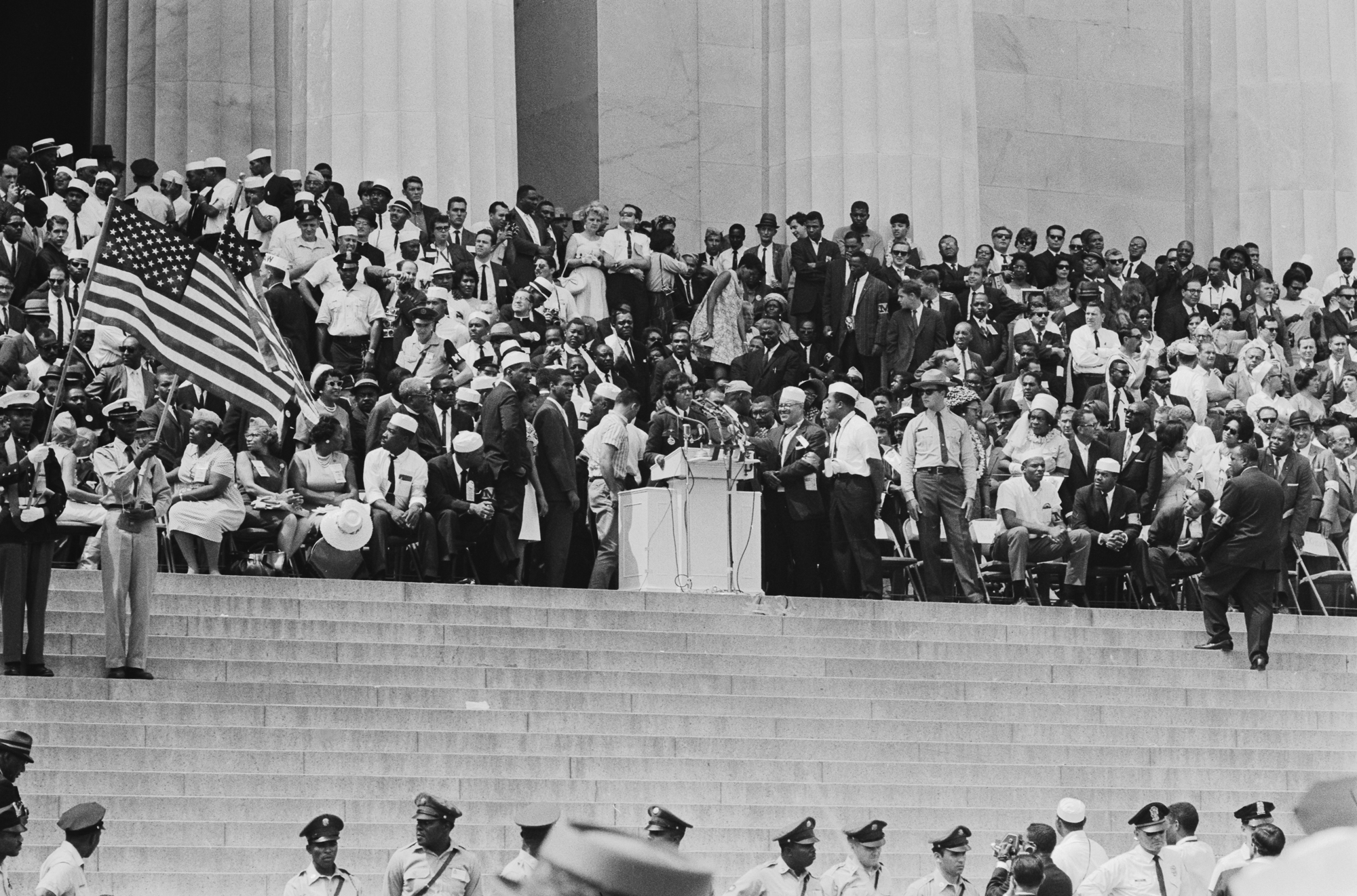 Despite her advocacy for civil rights in the U.S., Baker continued to live in France, where she had become a citizen in 1937. The New York Times obituary for Baker noted that she was married several more times in France and adopted a dozen children from around the world, referring to them as her “rainbow tribe.” Baker performed across Europe until the end of her life. In 1975, Baker gave a lauded show in Paris in front of a star-studded crowd to celebrate 50 years since first arriving in Paris. She died of a brain hemorrhage a week later and tens of thousands of people filled the streets of Paris for her funeral.

Baker’s induction into the Panthéon cements her legacy in France and represents a milestone for French society. CNN reports that only five other women have been inducted into the French Panthéon, including Nobel winning scientist Marie Curie and politician Simone Veil. Even fewer Black people reside in the Panthéon; Felix Eboue, a hero of the French resistance during WWII, is buried there, as is writer Alexandre Dumas, whose mixed-race heritage has historically been downplayed in France.

Baker’s inclusion in the French Panthéon has brought mixed reactions concerning the meaning of this honor in the context of race and racism in both the U.S. and France. As the AP reports, Baker was one of several notable Black Americans who emigrated to France to escape the systemic racism of the United States. Many who are celebrating her induction into the Panthéon see the honor as a further demonstration that France’s colorblind approach to race is a better model compared to countries like the U.S. that explicitly acknowledge and recognize racial distinctions.

Critics of France, however, argue that France has a long history of colonialism, racism and continuing discrimination against Black and brown people in the country. Even Baker’s fame in France is problematic; she rose to fame dancing in banana skirts, giving performances that either played into colonial, racial stereotypes or subverted them, depending on who you ask.

But Baker saw her role as challenging racism and opening the doors for others. In her March on Washington address, she summed up her view of her legacy. “And when I screamed loud enough,” Baker said back then, “they started to open that door just a little bit, and we all started to be able to squeeze through it.” Baker’s induction into the French Panthéon, though far from marking the end of racism or other prejudices in France or elsewhere, is another example of the ways in which she continues to “open the door” through her legacy.