6 Reasons Why We Should Appreciate Ryan Coogler

He is truly a creative, making impactful stories come alive through film.

If you are a film appreciator (like me), then you probably already know who Ryan Coogler is. Even if you don’t know the creative by name, I am certain that his work has graced your television screens and local movie theaters many times. Ryan Coogler is a film director and screenwriter. He is also a huge inspiration of mine. Using his talents, the young inner-city native, decided to portray issues that mattered to him through the art of film and storytelling.

Growing up in Oakland, California., Coogler’s desire to become a film director became evident after handing in a personal experience paper in his creative writing course during college. Ryan wrote about the time that his father almost bled to death in his arms. After turning it in, his professor called him into her office and asked Coogler what he wanted to do with his life. Ryan responded, “Play ball, become a doctor and be a positive influence in my community.” He recalls his professor saying, “I think that you should become a screenwriter. You can reach more people.” She thought that his writing was so detailed and descriptive. Ryan made her feel as if she was in the moment that he recalled on paper. She knew, at that moment, that he was gifted. Ryan had never thought of it before, but he says that he was constantly thinking about stories, so maybe there was something useful in what his professor was telling him.

*Side note: Shoutout to her and all of the other teachers out there recognizing the potential in their students, and helping them achieve their dreams!

If you are not aware of who Ryan Coogler is, you’re about to find out. And if you are a fan of his work, like myself, you’re going to love him even more. Here are six reasons why Ryan Coogler should be appreciated.

1. Ryan Coogler made a series of short films, some made while he was living in his car.

One of the shorts being Fig (2011), which was a tale about a prostitute trying to leave prostitution behind her in order to raise her daughter. We can appreciate the fact that Ryan depicts the truth of what is going on in society; the truth that many other people would shy away from or ignore.

Fruitvale Station is a movie based on a true story of the killing of an unarmed black man, Oscar Grant, by a white police officer in Oakland. As devastating as the movie is, it shows the truth. Ryan considers it a “love letter to the Bay Area.” 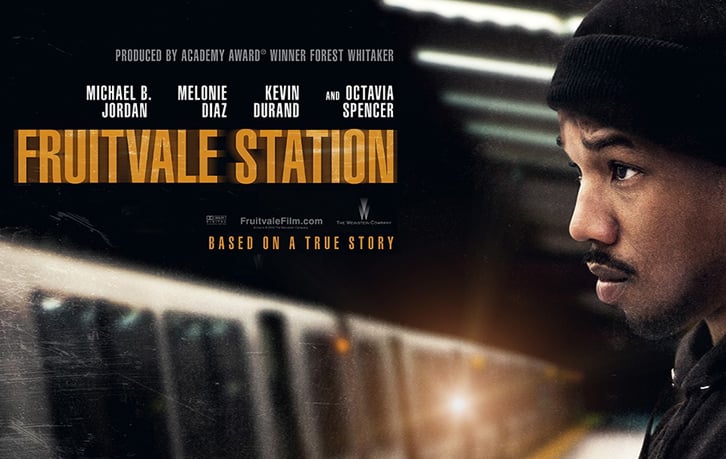 3. He creates from the heart.

As stated above, Ryan Coogler does not shy away from the harsh realities of what black people face. Instead, he tackles it head-on. He recalled the time after the Oscar Grant shooting had occurred. He saw the riots and the frustration following the shooting. He also saw their efforts for change had no avail; he decided to create a movie so that those who weren’t feeling the pain, anger and frustration at the time of the incident, could feel it while watching the film.

During an interview with J. Cole, the two held an in-depth mutual conversation about social issues.

5. Coogler directed and co-wrote Creed, a spin-off-sequel of the Rocky films.

Ryan’s father was a huge fan of the Rocky films and suffered from a neuromuscular disorder. He created the movie in order to honor his father’s love for it.

The movie is about more than just boxing. It touches on fatherlessness (something that greatly impacts African Americans), being the underdog and forgiveness. “You’re your father’s son, you’re apart of him. It doesn’t mean you have to be him,” says Rocky. I can only imagine how many fatherless children listened to that part of the movie and deeply related to it.

Ryan Coogler is a force, and if you didn’t know about him before, I hope that this helps you get better acquainted. I can forsee Coogler being showered with more and more accolades in the future. His work is undoubtedly amazing and inspiring. He is truly a creative, making impactful stories come alive through film. His work motivates me to continue working hard and his story teaches me that everything that I do should be done from the heart.

Let's take a moment to appreciate Ryan and brace ourselves for the greatness that he has in store for us in the future.