#S4MBlerds: My conversation with DC's first Black editor of Batman

Joseph P. Illidge is a living legend in the life of the comic book industry.

I reached out to him at the beginning of 2016 because the work that he does inspires me and stretches across almost every aspect of the business that exists. He has worked at companies that I hold in the highest esteem. His peers are some of the most celebrated writers, artists, colorists, and publishing professionals in the world. And the best thing about him, in my opinion, is that the presence that he's built online as well as out in the real world is all about sharing his knowledge and love for comic books with anyone who wants to listen and participate. There are pros who've accomplished far less than him who are not as candid
This April, I got the chance to connect with Mr. Illidge over Twitter again, and he green lit an interview with me to talk about his career and the new book he's working on, SOLARMAN. I am very grateful that I can say I picked the brain of this exceptional Black man, who has been a part of some of my childhood staples in the comic book world – and continues to do work that we all can enjoy. (Show him some love on Twitter at @JosephPIllidge.) 1. What made you fall in love with comics growing up? What is your earliest impactful experience in that world? I’ve been reading comic books since the second grade. I went from being a fan of The Legion of Super-Heroes to becoming a hardcore X-Men fan to following the saga of Daredevil, Elektra, and The Kingpin in Daredevil written and drawn by Frank Miller
I would say I fell in love with comics in 1985, when I was a teenager and I read Crisis on Infinite Earths, published by DC Comics. It was a year-long storyline that was set up throughout the DC universe for at least a year before. Led by the writer/penciler team of Marv Wolfman and George Perez, it was a superhero story on a literary scale. All of the parallel worlds of the multiverse were being eliminated from existence, and the heroes and villains of the remaining worlds joined forces to prevent the Apocalypse
That story showed me the potential scale for superhero fiction, and when characters like The Flash and Supergirl died, in pretty messy, dramatic fashion, it hit me. These heroes won’t live forever. After that, I read Watchmen, The Dark Knight Returns, and Ronin, and my perception of what could be done in comics in terms of character and story were expanded
2. When did you know that this was what you wanted to do for a living? When I started working at a comic book company founded by five brilliant Black men, and I saw that it was possible. It could be more than just a hobby, and you could create stories with meaning, and give opportunities to talented people
The company was called Milestone Media, Inc. It was created by Derek T. Dingle, Dwayne McDuffie, Denys Cowan, Michael Davis, and Christopher Priest. And the company put out their first title in Feburary, 1993. It was called Hardware, and it was the most resonant take on the Black male experience in America that I had ever read in a comic book up until that time 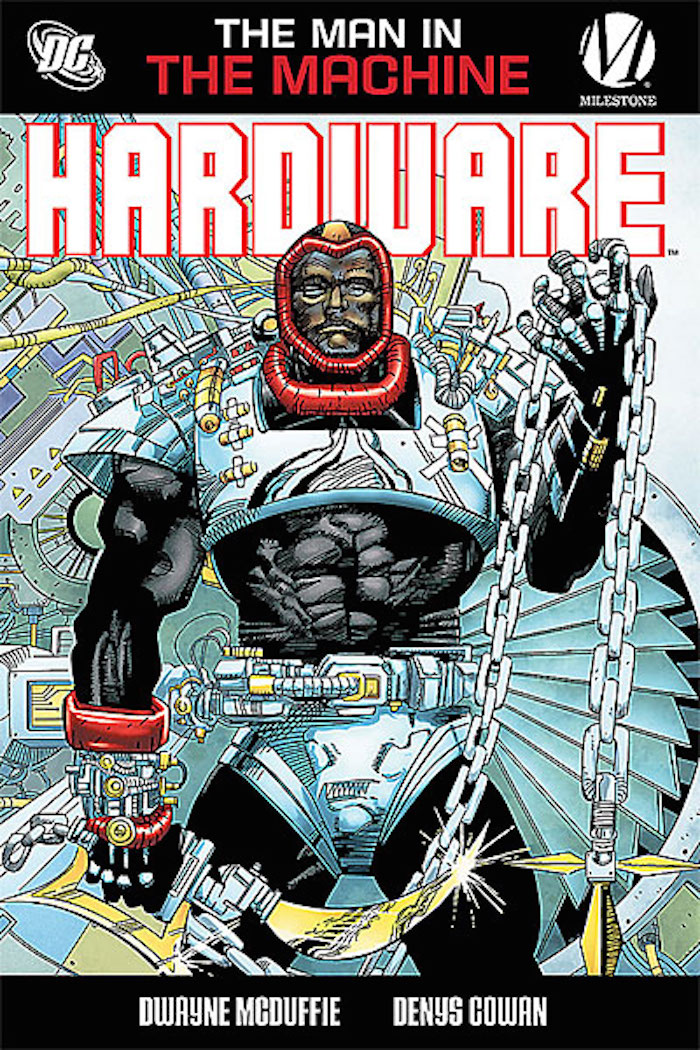 Photo: Milestone Media, Inc. It was a seminal moment in pop culture history, because Marvel Comics was known as the publisher of superheroes with realism and gravitas, but as far as I’m concerned, Milestone took that belt from them in 1993
3. Tell us about your time working at Milestone – the legendary, award winning, first Black owned mainstream comic book company ever. And what was the most important thing you learned working there? To be fair, Milestone Media, Inc. may not have been the first Black-owned mainstream comic book company, but they were the first to have a publishing deal with an industry giant, which in their case was DC Comics
Working at Milestone was a thrill and education every day. A group of people who all got along, making comic books that were expanding the landscape for heroes and superhero fiction. Creators with something to prove, so they wrote and drew with an apparent fearlessness and intensity. The founders were all veterans in their chosen fields, so they educated a number of us on the creative and editorial arts
It was during my time at Milestone that I began to learn how to be a Black man and navigate in corporate America. It’s a high wire dance above ground covered with broken glass. The experiences at Milestone armed me for the next step in my editorial career, as an editor in the Batman group for DC Comics
4. I read that you were the DC Entertainment liaison with WB Animation for Batman Beyond, which is in my top 5 animated series of all time. What did that job entail? I edited the Batman Beyond monthly comic book, which told stories in the same universe as the animated series, so I would have conversations with Shaun McLaughlin, the Associate Producer of the Batman Beyond show. We talked about character continuity, and we made sure the book didn’t step on the toes of the show in terms of story plans. Hilary J. Bader was a writer on the animated series and the regular writer of the comic book, so working with her was perfect, and she was a consummate professional. I had access to the bible for the Batman Beyond animated show, so that was my reference point as an editor, for any stories I worked on with the creative team. It was a seamless management of the world of Batman Beyond between me, Shaun, Hilary, and the book’s creative team. 5. And somehow from there, your professional journey led you to become the first Black man to become an editor of Batman. What is the most vivid memory you remember during that time? It’s true that I was the first person of color to be a member of the Batman Editorial Group, so I worked within a team to tackle the entire Batman mythology and publishing lineup. A lot of my memories of that time are quite vivid, but I’d say the day when I received my complimentary copies of Batman: The Hill was a big one. Batman: The Hill was a one-shot comic book I co-edited, written by Milestone Co-founder Christopher Priest, about what happened when Batman visited The Hill for the first time. It was a neighborhood in Gotham City where the lower-income Black citizens lived, and Batman was never anywhere to be found. 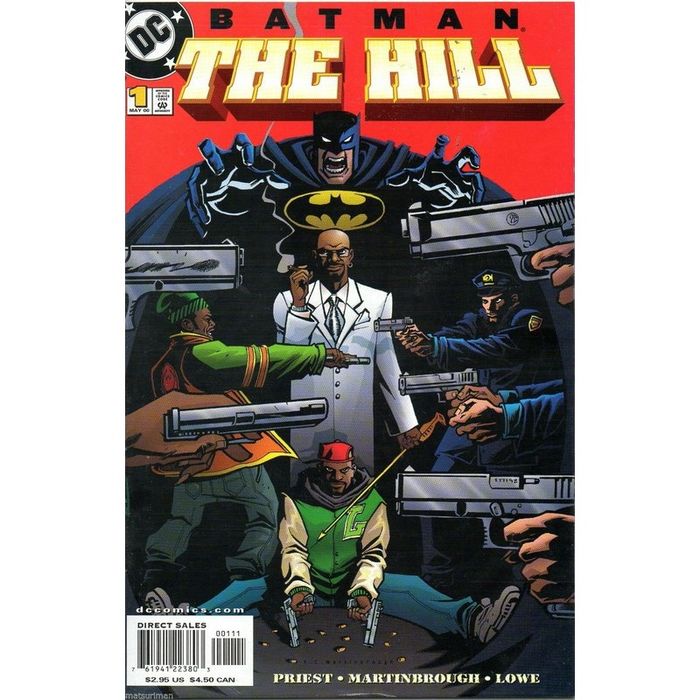 Photo: DC Comics Because of that, no one was afraid of him. They didn’t take him seriously. Batman offered Black people no sense of safety against the harsh realities of life. That story, which is pretty damn meta, was not going to see the light of day. It was viewed as obsolete and expendable within the year of Batman: No Man’s Land, but I pulled it out of a drawer and made sure the story was finished and printed. The day I received my copies was a personal and professional victory in my mind, and still is. Books like Batman: The Hill continue to fuel my fight to expand the landscape of diversity in comic books. Check out some preview images from SOLARMAN: 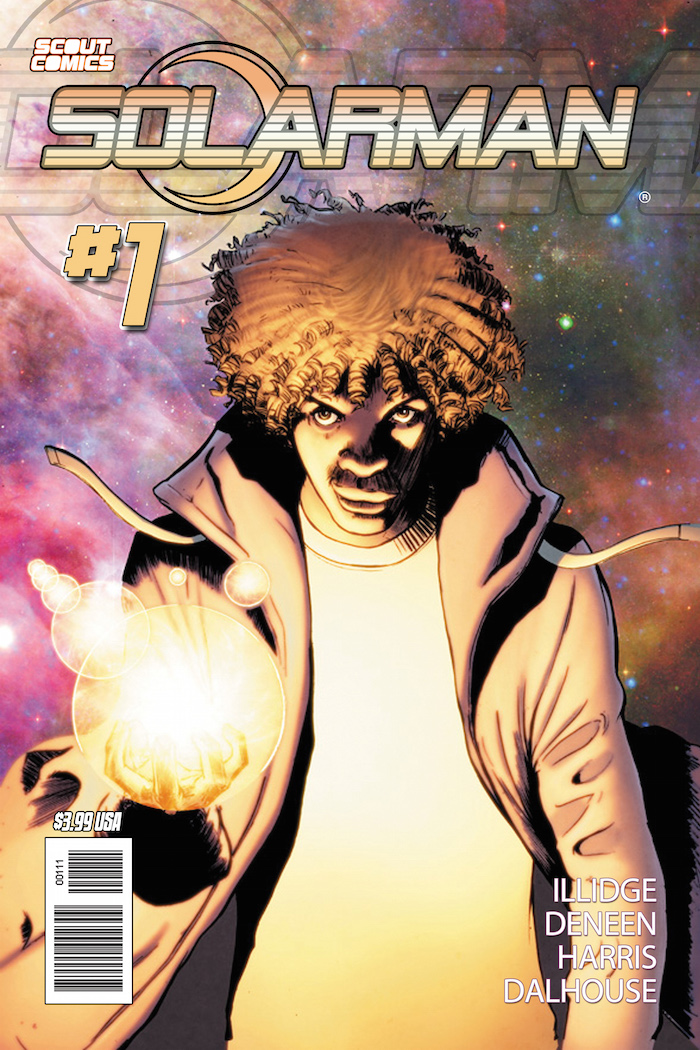 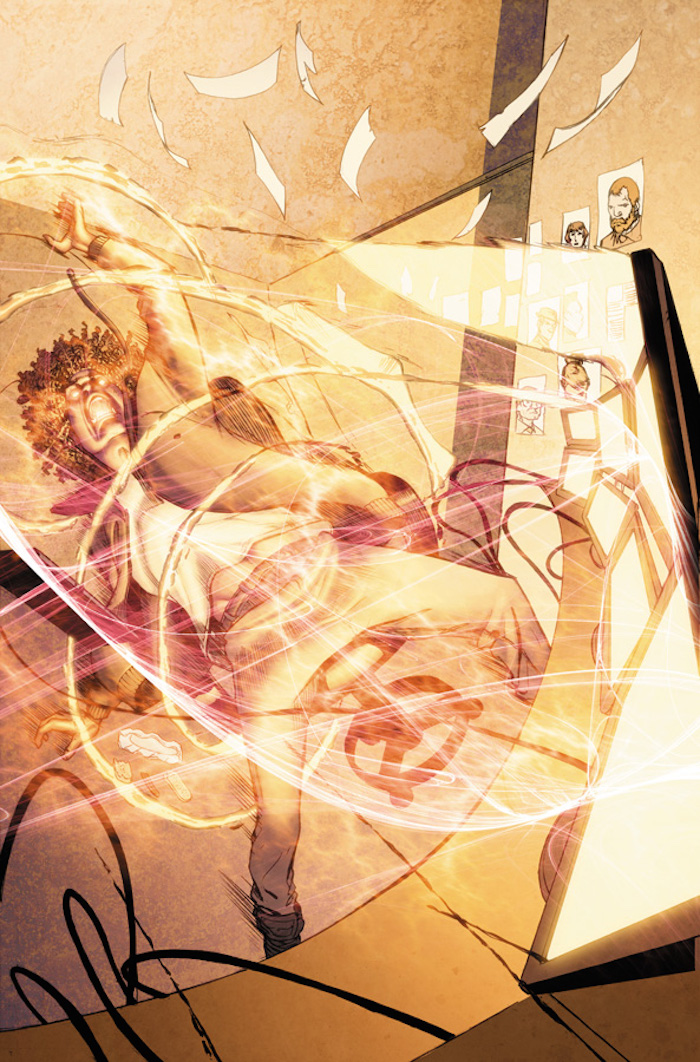 Photo: Scout Comics 6. Tell us about SOLARMAN and the premise for his story. SOLARMAN is about Ben Tucker, a Black teenage hacker who lives in the East New York neighborhood of Brooklyn, New York. He’s a smart, funny, arrogant, angry young man who gains abilities from extraterrestrial technology. The events of issue #1 will turn Ben into a fugitive. A Black teenage male fugitive wearing a hoodie. Think about that, add in some fantastic elements, and the door is opened for a lot of possibilities
The character was originally White, when published in 1989 by Marvel Comics. He was written by Stan Lee, and fought Doctor Doom in his second issue. SOLARMAN was created by David Oliphant and Deborah Kalman, who decided to make the character Black for present time to open the door for social commentary. In our second issue, the supervillain enemy of SOLARMAN is going to be the American Authority Structure. No green cape and cloak, but there will be guns
7. How does the experience you’ve accumulated from the rich career you’ve had thus far inform how you write this SOLARMAN series? I’m co-writing SOLARMAN with Brendan Deneen, the owner of the book’s publisher Scout Comics. Brendan’s a novelist, and he’s the one who recruited me for the book. Being an editor teaches you about collaboration and pushing back your ego to embrace teamwork, so in writing SOLARMAN, I ask Brendan to tell me what he feels must be in any given issue, and I build upon that to flesh out the script
I’ve also had the pleasure of working with many talented people and friends over the last 23 years in comics, so in addition to being the co-writer on SOLARMAN, I’m the editor. That gave me the latitude to put together a creative team for the book. The Avengers I assembled are: N Steven Harris, illustrator. He’s worked on everyone from Deadpool to Captain America to Batman. Andrew Dalhouse, color artist. You’ll find his work on The Flash for DC Comics and Faith from Valiant Comics. Marshall Dillon, letterer and designer extraordinaire. His client list runs the gamut from Hasbro to Image Comics
Knowing your collaborators means you can write to their strengths, allowing each of them opportunity to have some fun while bringing their style and skills to the story
8. When you think about SOLARMAN’s character and his journey, what is it you want to resonate with readers the most? Ben Tucker’s journey is about learning how strong he is as a person, even though it’s not in all of the ways he thinks. I’m hoping people identify with Ben as circumstances beat him down, force him to fight on a scale beyond his existing limits, and he comes out the other side of the battle with a better sense of who he is. Doesn’t mean his life is going to be great at the end of the first SOLARMAN story arc, but he’ll be more equipped to handle some things
9. What was the last comic book you purchased? The last 3, which I purchased at the same time, were Actionverse: Featuring Molly Danger #1 by Action Lab Entertainment, Karnak #3, and The Uncanny Inhumans #1, the latter two from Marvel Comics. 10. Finally, who are your top 5, dead or alive, comic book characters of all time (in no order)? Milestone’s Rocket, Misty Knight, Colleen Wing, Oracle, Black Canary, and Peter Parker, the Spider-Man. Okay, I know that’s 6, but I couldn’t bear to cut any of them off the list 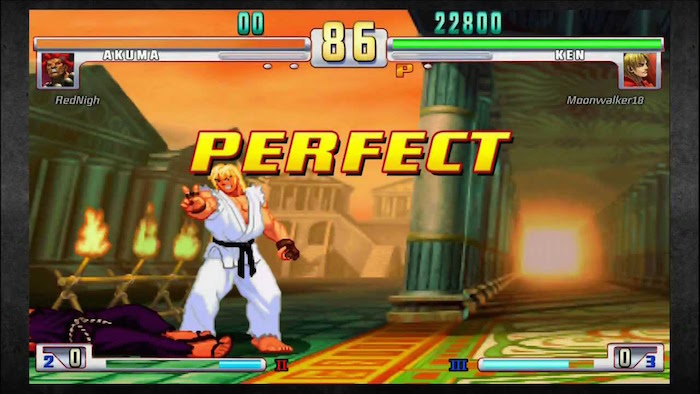 I do this because I love the culture and the community. If you enjoyed this post let me know on Twitter and share it with the homies on Facebook. If you have any suggestions on comics I should write about, things I should write about in the column, or people I should interview, tweet me or leave a comment. Make sure you use the hashtag #S4MBlerds.