The Black Iris Project Bridges Ballet And The Black Experience

It’s been said that everyone has a story, and award-winning choreographer Jeremy McQueen is writing his own with his collaborative ballet endeavor The Black Iris Project.

Inspired by Georgia O’Keefe’s painting, "Black Iris III," the ballet initiative serves as a way to celebrate black artists and promote diversity in fine arts. Through life experiences, an artist can either draw inspiration from or be pushed into what might seem like a creative assignment. McQueen and his collaborators are using these experiences to fuel the many missions of The Black Iris Project.

During his impressive studies, McQueen was often one of few black dancers. He graduated from The Ailey School/Fordham University B.F.A Program and trained as a scholarship recipient with American Ballet Theatre, San Francisco Ballet and Alonzo King’s LINES Ballet. “I went because I knew I needed the training, but at the same time, I felt very discouraged because I didn’t see very many people in the school that looked like me,” he says. That realization was heightened as he embarked on his career, and led to McQueen not only fostering close relationships with other dancers who shared his experiences, but to also create a sense of support and encouragement for future black ballet dancers. “When I was at Wicked, I was the only black male in the cast, and right before that, I did The Color Purple for its national tour. Those two things were totally contrasting,” recalled McQueen. 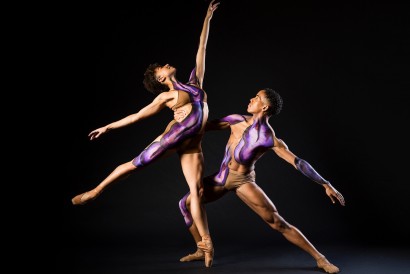 “There was such a warm, rich, environment of support because we knew that show was very unique because of the story line and because it’s just so rare these days to have a cast predominately of African-Americans, it’s so rare to find that on Broadway," he says, "So we really found a kinship in being able to collaborate and work together through that.” For The Black Iris Project, McQueen continued that kinship with collaborators in all areas of the arts. “Brown Baby,” one of the new ballets featured in The Black Iris Project, features music from Jazz pianist and composer Aaron Diehl, as well as the collaboration of co-choreographer Lauren Cox.

McQueen connected with his collaborators in hopes to create an innovative approach to composing the project. “The ballet world is one that has generally been European-based,” McQueen explains. With that, the stories told in traditional ballets are often fairytales or fables that don’t leave much room for black characters. The BIP is so unique because each ballet is rooted in black history and the black experience. 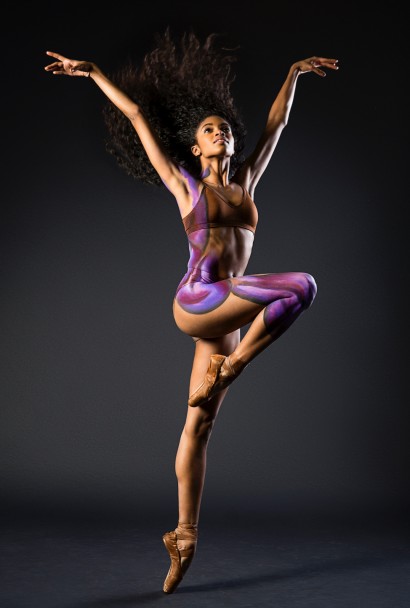 “Brown Baby” in particular is based on the life of Beatrice Reynolds Cox; a mixed international model that grew up in post-segregated Flint, Michigan. “That is a story that we really felt compelled to bring to life, because it really gives such a positive message to students," he says. "No matter what you look like, you really have to find that inner beauty and that inner strength to know that you are beautiful and you are worthy of wonderful, great things." The BIP has many more collaborators, including those working on a ballet that follows the life of Nelson Mandela entitled, “Madiba.” “We really felt that was something we wanted to also tell. Again, despite the challenges, 27 years of imprisonment and people trying to oppress him, he continued to have faith in himself and believe that his life would have a positive impact.” 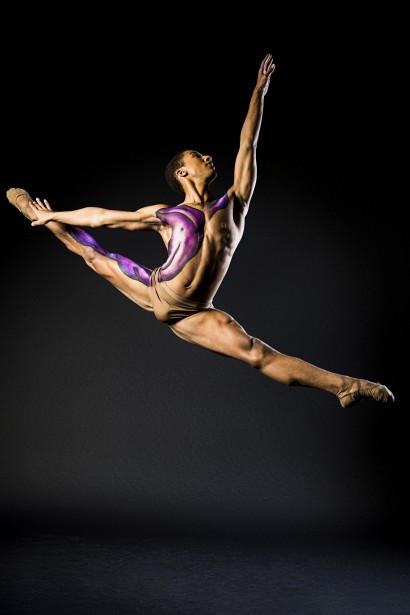 To tell stories like “Madiba” and to expand on the BIP’s promotion of diversity, McQueen has enlisted a team of about 20 dancers of various races. Recently the team completed at 10-day residency at The Pocantico Center on the Rockefeller estate as a part of the Charles E. Culpeper Arts & Culture Grant awarded by The Rockefeller Brothers Fund. McQueen was so thankful for the residency opportunity, where he and six other dancers were able to escape the fast-paced New York City life and rehearse for as long as they wanted. “Something about this environment is so magical,” he says. The Black Iris Project has received a host of other arts grants and sponsorships that prove the initiative is something to believe in. Although McQueen hopes that The Black Iris Project will help bridge the gap between the black and ballet communities, he also hopes that people will find an artistic outlet to express themselves.

“It’s so important to find an artistic medium that speaks to you," he says, "No matter where you are in life; whether you’re a child, adult, senior citizen, I think that art heals. I really believe that.”

With the increased stressors of everyday life, McQueen believes that an artistic outlet is a necessity for everyone. “Dance has always been my outlet of expression," he says, "It has allowed me to creatively be who I am. I think it’s so important for people to find something that you love to do.” The Black Iris Project will debut in New York on July, 27th 2016. Visit their website to learn more about the Jeremy McQueen’s mission.