Who Tells Our Story? The Power Of Reclaiming The Narrative

We must center the voices and perspectives of those whose stories have been left out of the prevailing narrative.

Eight years ago, Robert Raben accompanied the late Congressman John Lewis to Mississippi, where he’d previously lived, and was struck by a question from the elders he met there — what’s your story?

The question was simple enough on its face, but it stayed with Robert. There, on his old stomping grounds in the presence of a civil rights legend, he came to terms with the country’s civil rights legacy. Robert went on to create a national platform for people to share first-person accounts and the stories of the civil rights movement through film, dance, poetry, textiles, step and scholarship — in their own words.

He recognized the power of storytelling in connecting the people of our country  to their shared histories and legacies. And with that, the March on Washington Film Festival was born. It has been my honor to assist him in this project for seven years.

For generations,  the history of African-ancestored people has been twisted, cut short, watered down, misrepresented and even obliterated from history books, feature films, television shows, news media and so on — most often by storytellers who don’t know, understand, or value that history or purposefully misrepresent it. Important tales of our struggle have gone untold, important figures have gone unnoticed, important events scrubbed from our archives. It’s the reason why so many associate the struggle for civil rights with iconic names like Dr. King, Rosa Parks and Congressman Lewis, but not Bayard Rustin, Ella Baker and Diane Nash, and legions more — all of whom made significant contributions to the movement. 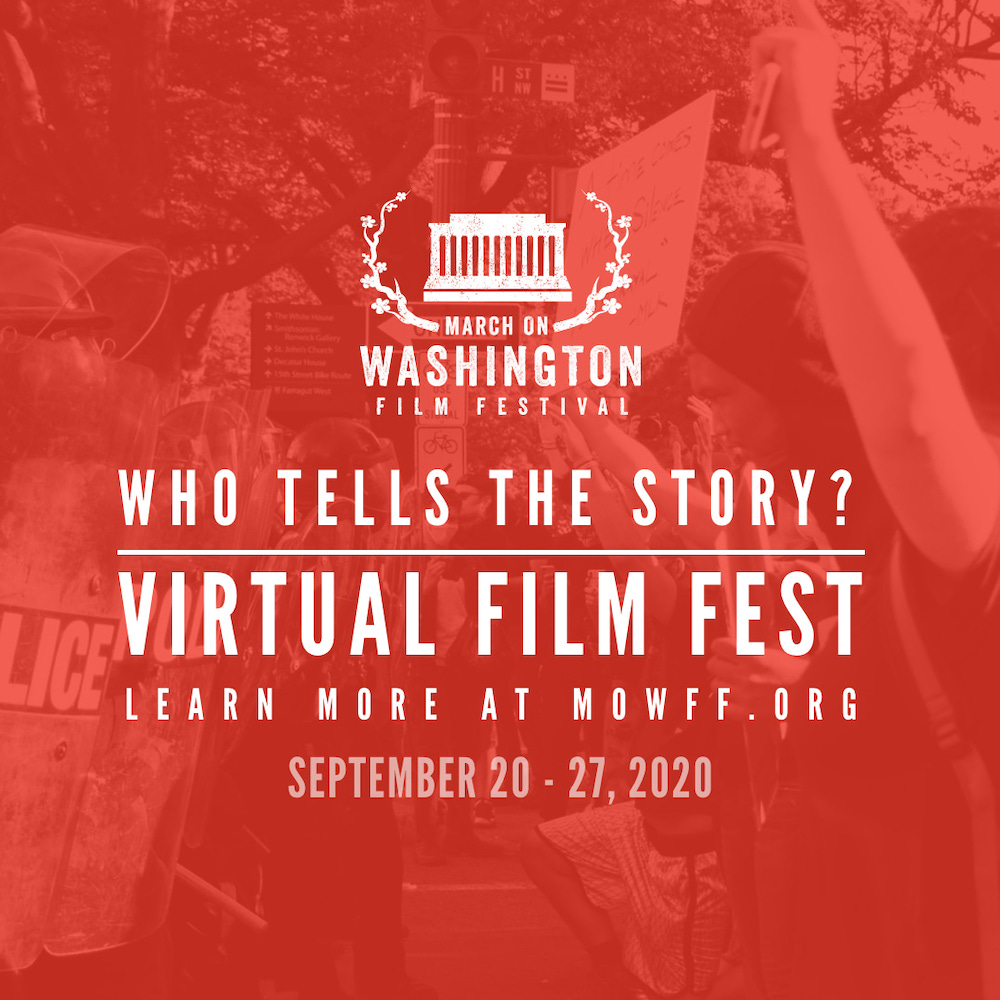 But every day, we find new purpose and understanding from these stories of our civil rights past. Just this weekend, thousands gathered in Washington D.C. for the “Get Your Knee Off Our Necks” commitment march. The demonstration, which coincided with the 57th anniversary of the 1963 March on Washington, followed months of protests for racial justice as African Americans continue to endure the compounding crises of the COVID-19 pandemic, economic downturn and police brutality. With a new generation of activists now taking on systemic racism, the lessons, the themes and the stories of the 1963 march are more powerful and more resonant than ever.

It is time to correct the record of our civil rights legacy, and that work begins in the classroom. Data from the National Museum of African American History and Culture shows that, in schools across America, teachers only devote 1-2 lessons (or 8-9% of total class time) to teaching African American history. The Southern Poverty Law Center also found that most state curricula on the civil rights movement are woefully unsatisfactory — and some states lack a curriculum entirely. Our education system is doing students a great disservice by failing to pass down these stories and it is separating all students from their shared national legacies. We must empower educators to teach this history.

Perhaps more importantly, we must center the voices and perspectives of those whose stories have been left out of the prevailing narrative. The March on Washington Film Festival was founded with this in mind: to lift up the many untold stories and unsung heroes who’ve fallen out of the collective memory of our movement. The theme of this year’s festival, “Who Tells The Story,” takes the festival’s mission one step further, honing in on the stories and perspectives of those in our community with intersectional identities: women, LGBTQ+ individuals and people of color here and overseas. For too long, these stories and these storytellers have been excluded from the African diaspora’s storytelling and legacy-making and it is time for them — and for all of us — to reclaim our narrative.

Isisara Bey is the artistic director of the March on Washington Film Festival.