While the idea of escaping the everyday and seeking solace in new and unexpected places has long been a booming business, more recently, travel and wellness companies have begun to seek out Black professional women specifically. And for good reason. According to Inc. Magazine, Black women are the most educated demographic in America. Despite this distinction, these highly motivated, hard-working women endure unique challenges on a daily basis. They face micro-aggressions, blatant prejudice and other documented opposition — both in the corporate world and as an entrepreneurs — only to earn 61 cents to every dollar that her white male colleague earns. Sandra Garcia, Google Digital Coach and founder of Encounter Marketing, adds that "[w]omen of color are the fastest growing entrepreneurship group but also, the most challenged group as it pertains to resources, funding, and support." The daily stress of these pervasive injustices can take both a psychological and emotional toll.

As a result, now more than ever, Black women are seeking a respite from this sometimes overwhelming reality, and wellness retreats are taking off among this educated elite. One such trip, Support Your Girlfriends ("SYG"), recently returned from its third annual stay at the Moon Palace Resort in Ocho Rios, Jamaica. Created by Tene Nicole CEO, Nikkia McClain in 2017, SYG attendees are a hand-selected, talented group of Black female CEOs, journalists, activists and influencers. Each woman is afforded the opportunity to come as she is, and find support among like-minded women of color who are also in need of support and fellowship.

"What started as an outlet for sister friends who needed a break from their lives — as wives, mothers, community supporters or simply being everything to everyone — has evolved into the ultimate girlfriend's retreat for professional women of color," says McClain.

As an SYG retreat attendee, I can personally attest to the healing energy of sisterhood, tropical breezes and a well-placed workshop or two. Ericka Dotson, co-founder and creative director of Indique Hair, chose to participate this year in part because "as an entrepreneur, you can easily isolate yourself in your work," she shares. "This focus can help you achieve your goals, but it can also leave you feeling as if you're an island by yourself." What Dotson articulates is a common issue for many successful women of color and the self-imposed isolation can lead to emotional strain and burn-out. To combat this, Lucinda Cross, life coach and President of Activate Worldwide, believes that "retreats like SYG and positive self-care routines are the keys to re-aligning oneself to a more loving, joy-filled and purpose-driven life."

Here's a peek into the various SYG activities we enjoyed during our recent stay in Jamaica, along with testimonies from the attendees as to why retreats like these are so necessary (now more than ever)! 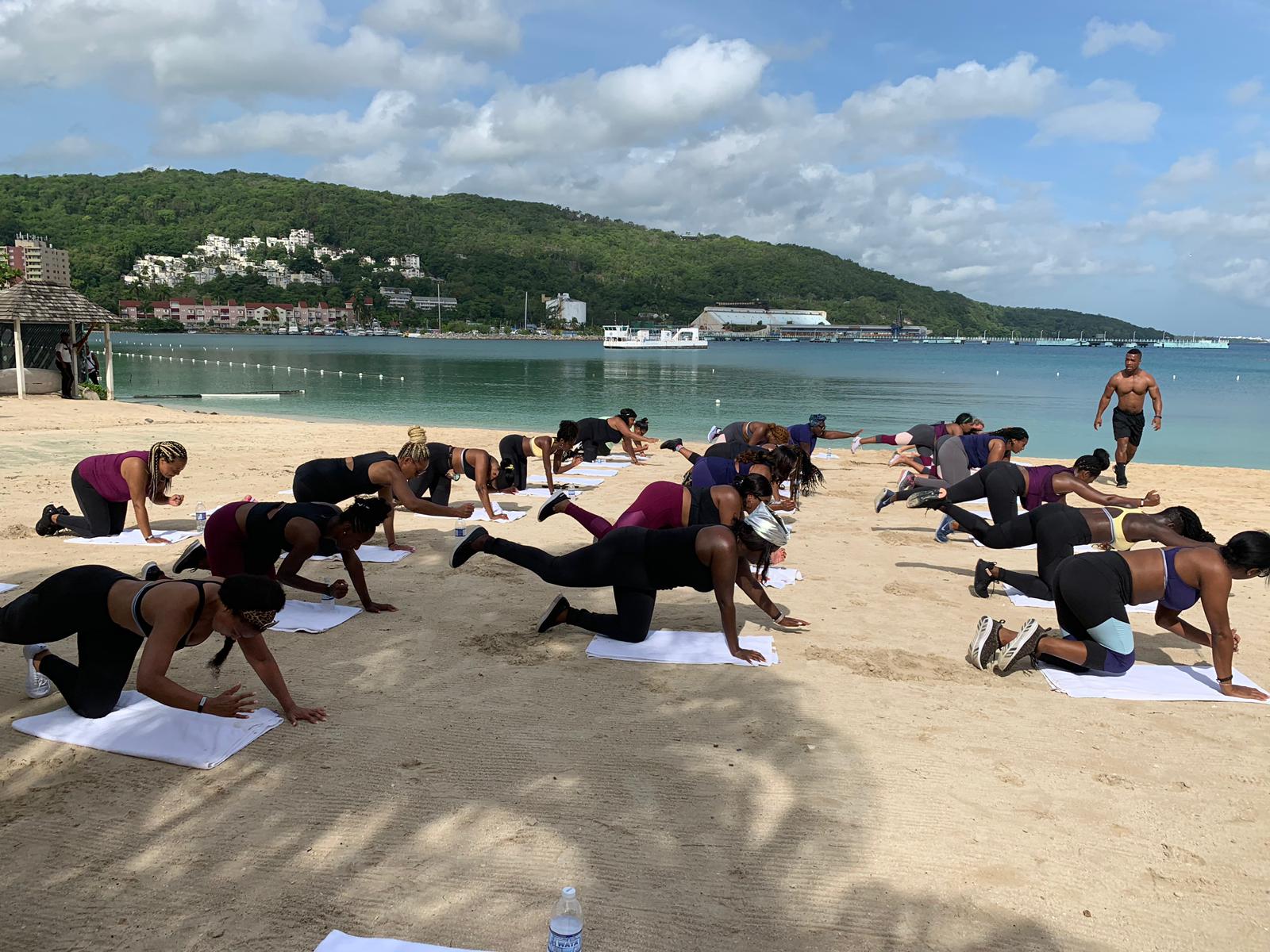 Rise and shine, mon! Two of the four days of the retreat, our group participated in a grueling aerobic and toning workout, led by reality TV star and Classy Boutique founder Jennifer Williams. Leading this physical activity was important to Williams: "If we can't take care of our minds and bodies, we can't take care of anyone else." Music intermixed with exercise instructions boomed from several large outdoor speakers, as we stretched, galloped, ran and crunched our way across the gorgeous sandy beach. As the sun grew hotter, our workouts intensified — but we stuck it out!

Afterwards, the reward of accomplishment — and a nice big breakfast — greeted us satisfyingly. Williams, our fearless workout leader, has participated in SYG for the last two years and says she really looks forward to it. "We laugh, pray, workout, bond and most importantly, we can 100% let our guard down. Each year, I never realize how much I need that time to fellowship with these women until it's over." 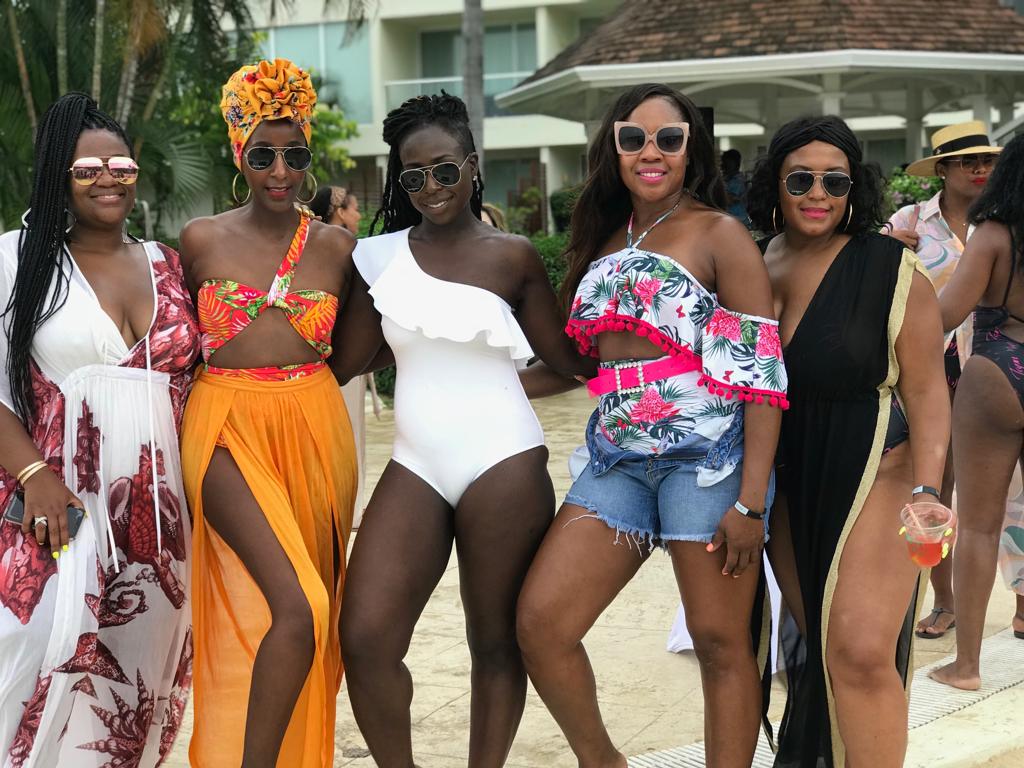 This year's SYG retreat boasted educational workshops on personal brand building, financial planning and learning to ask for what you want.  Lucinda Cross notes that "the stress and anxiety that comes with balancing our personal and professional lives can break us down mentally, and attack even our spiritual and financial growth." For that reason, this year's SYG workshops provided ample opportunities for group sharing and partnering, allowing attendees to connect with one another in meaningful and impactful ways.

As SYG attendees, we supported each other's needs in the moment and also committed to serving as one another's accountability partners when we returned home. "I left the SYG retreat with strength in knowing that I had a group of sisters who will always have my back," says Ericka Dotson.  At the Support Your Girlfriends retreat, you learn quickly that you are your sister's keeper.

In addition to the more structured activities, the SYG retreat also built in ample opportunities for fun in the sun. Attendees enjoyed VIP treatment at a private beach party sponsored by Urban Hydration, a socially responsible, plant-based skin and hair care company. There, we frolicked in the waves, danced in the sand and enjoyed refreshments from a private buffet and on-site bar. Essentially, these successful, powerful and influential women were able to relax and let their guard down with nothing on the agenda other than to have a great time. "This is why the annual SYG retreat  is so necessary," says Sandra Garcia. "Otherwise, so many of us wouldn't prioritize 'reset and recharge' time for ourselves."

Civil rights activist Tamika Mallory echoes a similar sentiment: "As Black women, we carry the entire world on our shoulders. Retreats like this one are the perfect way to replenish our energy after giving so much of it to others."

The next day, the SYG ladies boarded a private yacht at a nearby beach club for a few hours of luxuriating on the Caribbean Sea. Attendees enjoyed the enchanting experience of being whisked away and leaving all their cares on shore. The deejay on-board kept the hits coming (soca, reggae, hip-hop and "The Wobble"), while the bartender kept the libations flowing. It was glorious and proved to be an unforgettable highlight of the overall SYG experience.

When asked to summarize her first Support Your Girlfriends getaway, Ericka Dotson spoke glowingly: "We all need a judgement-free space. We listened to one another's intentions, we asked for help, we showed love, we pushed one another and we grew together. Layer that with the beauty of a lush, tropical island and it's magical!"

While a response like this is music to creator Nikkia McClain's ears, she believes you don't need to board a flight to experience this level of vulnerability, sisterhood and healing. "If going to Jamaica with 34 women is not your thing, no problem," she quips. "You can still get your closest friends together for a 'Girls Night In' and engage in frank, honest conversations about your personal and professional lives." 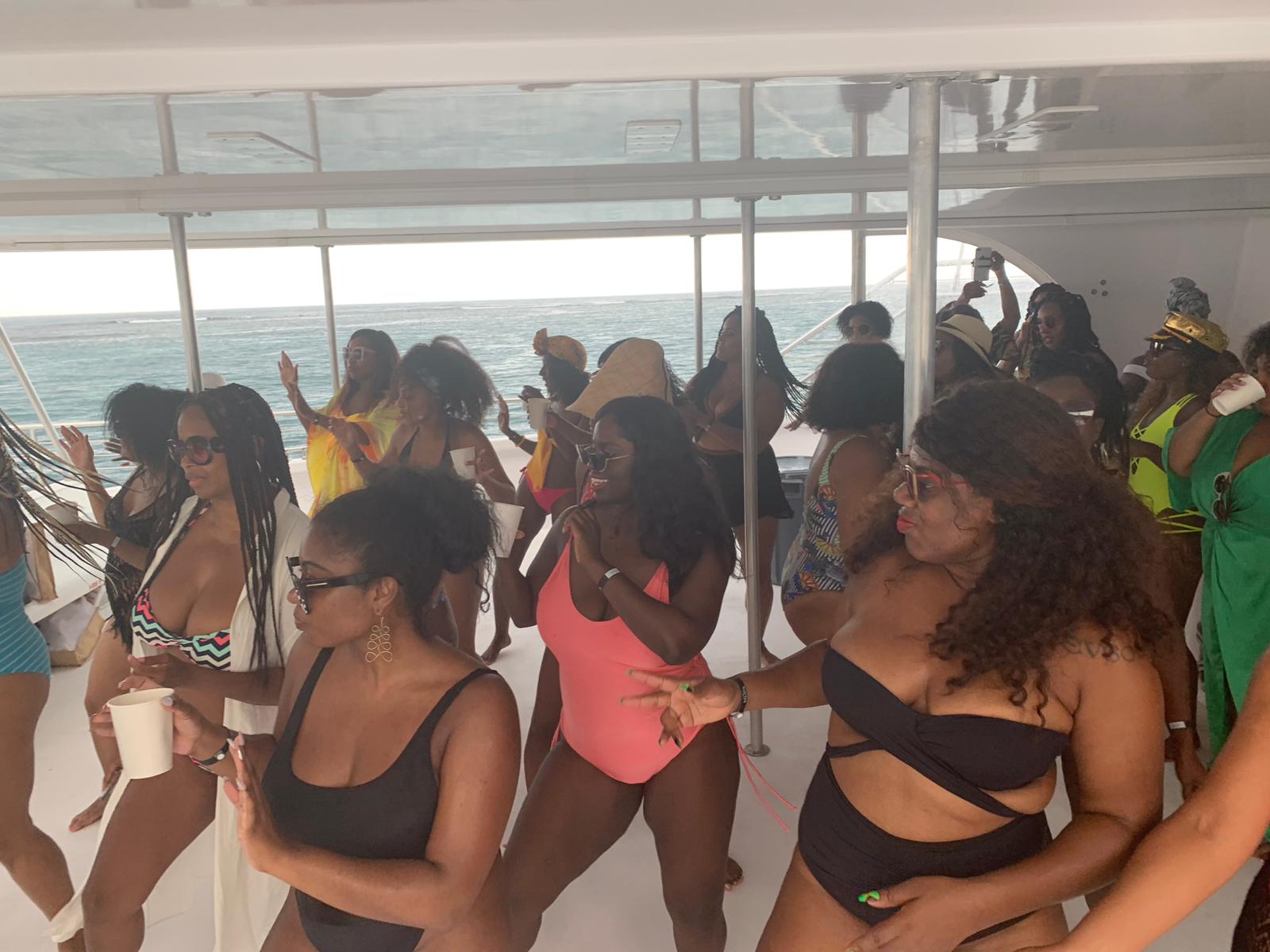