We can literally buy the block.

I'm changing the narrative on gentrification one block at a time. In my previous article, I talked about the run-down, drug-infested block I bought in 2013. I explained my strategy to develop new construction on it and attract successful Black people back to the neighborhood. Guess what? It's working.

I've sold everything I’ve built so far and pre-sold some houses that won't be complete until mid-2020. This will help increase the average income in the neighborhood, to make it more attractive to businesses. Unlike the usual implanted residents during gentrification, these buyers also look like the long-term residents, so they have more of a concern for their well-being and housing stability.

My next initiative is to buy another part of the neighborhood. It’s a small community of 18 rentals that are occupied mostly by seniors and a single mom, all on fixed incomes in a quickly gentrifying neighborhood. These tenants would usually be the victims of displacement in gentrifying areas. When neighborhoods are revitalized by people from outside the community, the long-term residents are casualties of capitalism. Properties are sold to the highest bidder, who more than likely want to remove existing residents to build something high-end for maximum profits — but not this time.

My mission is to prevent as much of that as possible. The best way to do this is to identify retiring landlords that own multiple rentals in the neighborhood and buy the properties from them before the outside developers and investors scoop them up. That’s what I’m doing. I’m buying this portfolio of properties from an older Black couple whose family purchased the property from a Jewish investor 20 years ago. They have taken great care of the property and are ready to retire and enjoy life. I’m happy to help them with their transition. I'm purchasing the portfolio for well over $1M with 50% down and 50% seller financing for 2 years.

The great thing about this property is it has long term residents that don't plan on leaving. This is every landlord's dream. What's even better, there is commercial property on one side of the block that has tons of upside potential. One commercial building has a single tenant; a Black-owned barbeque restaurant and their building has a vacant space next door. The barbeque restaurant also provides afterschool meals for students through its contract with the Houston Independent School District. I already have a Black-owned coffee shop that has an interest in the vacant space. Despite all the revitalization in the area, a coffee shop or breakfast meeting space has yet to set up shop in the neighborhood. This is a great opportunity for a new shop to capture the market.

There is also another building along the commercial frontage that I plan to tear down, then build a new office and retail space. The portfolio generates over $150k in revenue as-is. By filling the vacant slot with a coffee shop and adding the office space, the total revenue can increase up to $240k per year. 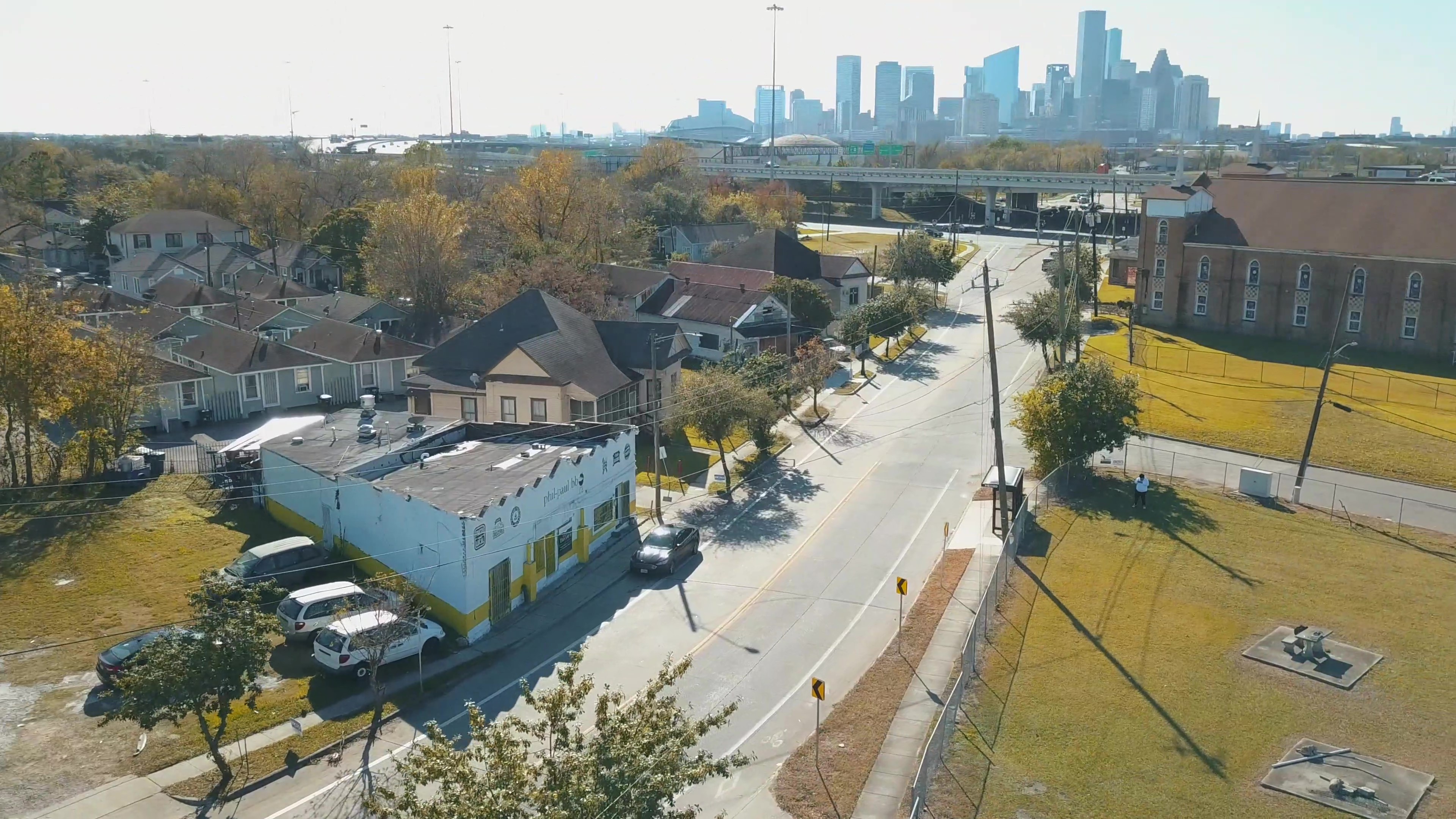 This project is a huge win-win. I get to preserve the way of life and cost of living for long-term residents, while the neighborhood around them improves. I get to increase the revenue from the property by adding to the commercial side, with no need to raise residential rents. I also get to benefit from tremendous property value appreciation.

The real estate demand in Houston is growing because the city has seen consistent population growth over the last decade, surpassing Chicago. The neighborhoods inside the Interstate 610 Loop with home prices below $350k have seen exceptionally high market demand. Downtown, which is three minutes away, also hosts the Astros and Rockets arenas, as well as many other downtown attractions. 5th Ward specifically is a hub of new activity. Less than one mile from the property is the site of the biggest development to be built in Houston. It will have hotels, restaurants, office buildings and luxury apartments with waterfront attractions on Buffalo Bayou. The first phase will be online in 2023 and will be a major catalyst for value appreciation in the local market over the next five years.

With that being said, I've saved the best for last. I have partnered with BuyTheBlock.com to create the opportunity to sell 40% of the project through shares. Every shareholder will have ownership in this block. Investors will get dividends and the value of their shares will go up as the property value increases. Through this "micro-investment" model, up to 4,000 people can participate in buying the block with me. As the property value goes up, the share values go up. As the rent revenue goes up, the dividends go up. This is now a community investment model that preserves the lifestyles of long-term residents and becomes an investment vehicle for people of all income levels.

I’m changing the narrative of gentrification. I'm balancing redevelopment that brings high-income residents back to the community with maintaining the lifestyle of long-term tenant residents. The last piece of the puzzle to tackle is getting local legislation passed to prevent property taxes from going up on long-term homeowners. Stay tuned, that’s coming too.

I believe I've solved the gentrification dilemma. I believe this model can be duplicated. I believe we can stop being mad at others for seeing opportunity in our communities and taking action because we took none. We can take action; we can revitalize and we can rebuild these historic neighborhoods across the country.

Buy the block with me.

For pictures, video and to buy shares check out, "Buying The Block In Historic 5th Ward Houston."