There comes a time in a person’s life when they’ve paid some dues, worked under the guidance of the experienced and realized their potentials in learning environments. Jay-Z practiced working a large crowd by performing songs between Big Daddy Kane’s concert sets. Shonda Rhimes sharpened her on-set skills interning at Denzel Washington’s production company. President Obama made his first political speech as a student at Occidental College where he called for the Board of Trustees to divest from South Africa during its Apartheid days
The list goes on, but what all of these successful people have in common is that they eventually took a chance on themselves and their ideas. Once they built enough muscle under practice, they were confident to step out and present quality. Of course, they didn’t become household names overnight, but their boldness led them to where they are today. Recently, I took my first step toward a greater purpose inside me calling for more and I left my job of three years to travel for four months. During my time as a nomad, I wanted my travels to have some meaning beyond me posting photos of myself at tourist destinations. I wanted to use my gifts of writing and reporting to give back. I am doing this through my multi-media identity series “The Questions 100.” 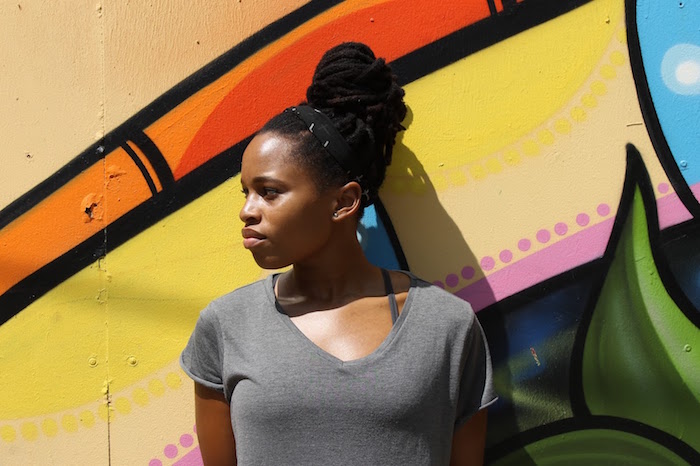 Hearts Converse “Yoga really awakens people to realize what habits they’re actually creating in their lives.” - Mandisa, No. 4 in “The Questions 100” series. In my previous job, I spent countless hours writing articles about police brutality and Black Twitter’s lashings on mainstream media outlets’ cultural insensitivity. I also wrote some positive stories about individuals changing the world in their own way. Many of them were millennials who I felt didn’t get the shine they deserved. And I often read articles about millennials and how lazy and unprepared they were for the world because of their instant gratification syndrome and their constant need to be validated on social media. Although I do know people like this, this narrative of all millennials living this highly-entitled carefree life is not real. Many of them are pushing to survive and shifting norms for the better as we speak
Millennials of color in particular still face a unique set of challenges beyond not being able to pay student loan bills. Trayvon Martin and Sandra Bland were black millennials whose lives were interrupted and stolen in racially-charged incidents. Every year there are dozens of black transgender women who are killed and their stories go unreported. Muslim students are facing Islamophobia on their campuses and have to deal with presidential candidates that stir up this prejudice even further. Afro-Latinos are looking to expand the conversation surrounding their identity that is often very limited. Asian millennials are not seeing themselves represented in the mass media although their cultures continue to be appropriated. And Native Americans are given almost no spaces to share their voices whatsoever. 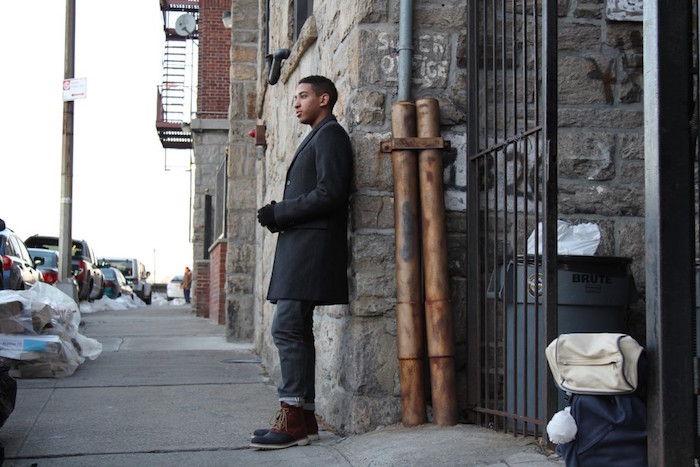 Photo: Hearts converse “The mainstream media wants people of color to lead daytime shows, nighttime shows. [But] I think we can go a lot further now.” - Omari, No. 2 in “The Questions 100” series.As a black content creator who is well aware of many of these challenges from real life experiences and reporting in my previous job, the real tea is that more desperately needs to be done to amplify the voices of millennials of color. This is why I launched the multimedia identity series “The Questions 100.” I felt it was time for me to step out and take a chance and here I am at the very beginning. This is a spinoff of a series called “The Questions” I played with back in 2012, under my brand Hearts Converse. I wanted to expand the idea and make it bigger. And so with my love of travel and culture, I have embarked on this journey to interview 100 millennials of color and ask them 100 questions before the end of 2017. It was important for me to take advantage of doing this work internationally, to show that many of the issues are not exclusive to America. We are diving in on heavy topics such as racism, sexism, Islamophobia, homophobia, transphobia, religion and politics, but we’re also capturing universal emotions such as romance, self-love, grieving, passion and purpose. So far “The Questions 100” has documented the voices of four millennials. We’ve discussed black excellence, the desire to see more multi-dimensional characters of color on TV, how race intersects with sports and how yoga transforms self-awareness. Right now I am in Johannesburg, South Africa, interviewing and dropping these videos and photo essays as I move along to Europe next month. When I return to the states, I want to visit as many cities as possible to expand “The Questions 100” series. Currently, I am raising money to join the Millennial Trains Project in August. Every year 25 millennials travel to five cities on an Amtrak and implement their unique ideas. Joining will allow me to tell the stories of millennials in Los Angeles, San Francisco, Denver, Detroit, and Milwaukee. Anyone backing my journey on the Millennial Train Project will help me ease the financial costs of producing this project. I have until May 21 to reserve my spot on the train. There are so many brilliant individuals out there and they happen to look like you and me, and I want this project to reflect them. I hope to get your answers. #HC100Q. 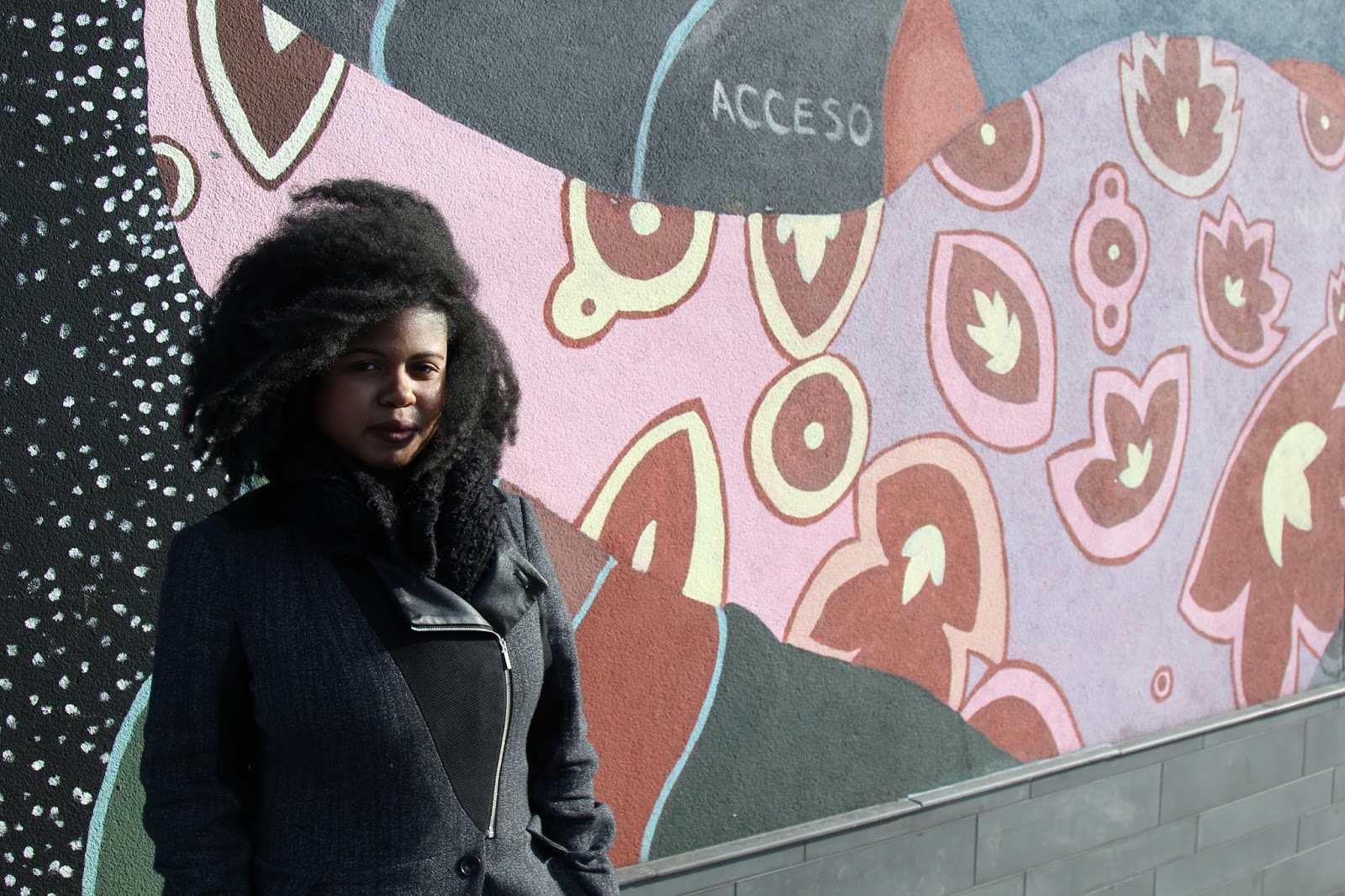 Photo: Hearts Converse “We always have to work ten times harder to do everything that we’re doing. And to see us do what we do so well it just means everything.” - Kiera, No.1 in “The Questions 100” series.

READ NEXT: Why brands aren't winning with black millennials on Twitter — and how they can change that