Election Day hasn’t been quite the same since former President Obama brought home the win against his opponent John McCain in 2012. The 2016 Presidential election, and state elections thereafter, have ushered in a shitstorm of gloom and doom.

While history was made across the country -- with poignant congressional wins from Ayanna Pressley, Rashida Tlaib, Alexandria Ocasio-Cortez and Sharice Davids -- the outcome for Senate seats, and gubernatorial races in Maryland, Georgia and Florida in Tuesday’s election is reminiscent of Hillary Clinton’s loss against you know who; and has been triggering for those of us who are marginalized. At the helm of our disappointment and trauma is hegemony, white supremacy and of course, voter suppression.

BREAKING: Georgia NAACP wins a lawsuit, and voting times will be extended by three hours in two precincts near Spelman and Morehouse. Polls will now close at 10:00pm per court orders.— NAACP (@NAACP) November 7, 2018

Perhaps one of the flagrant examples of this is Stacey Abrams’ run against Georgia’s secretary of state Brian Kemp. Abrams’ opponent oversaw the state's voter registration system. Unethically, he attempted to thwart her voter registration efforts by closing polls in majority Black counties, purging voting rolls without notifying qualified voters and even accused Abrams’ campaign of hacking voter rolls. Abrams and voters were also trolled with racist robocalls days before the election.

Much to our chagrin, the robocalls occurred in Florida as well, where Andrew Gillum might have been the first African American governor. Across the country, voters were intimidated and turned away. These incidents bring to light, the plight of our ancestors and civil rights leaders such like Fannie Lou Hamer, who faced police ass-whippings, and Medgar Evers, who was gunned down, for our right to vote. The honorable Dr. King and Bayard Rustin were tireless in their fight. And like these iconic activists, Abrams’ ain’t taking nary “L” on her chin. 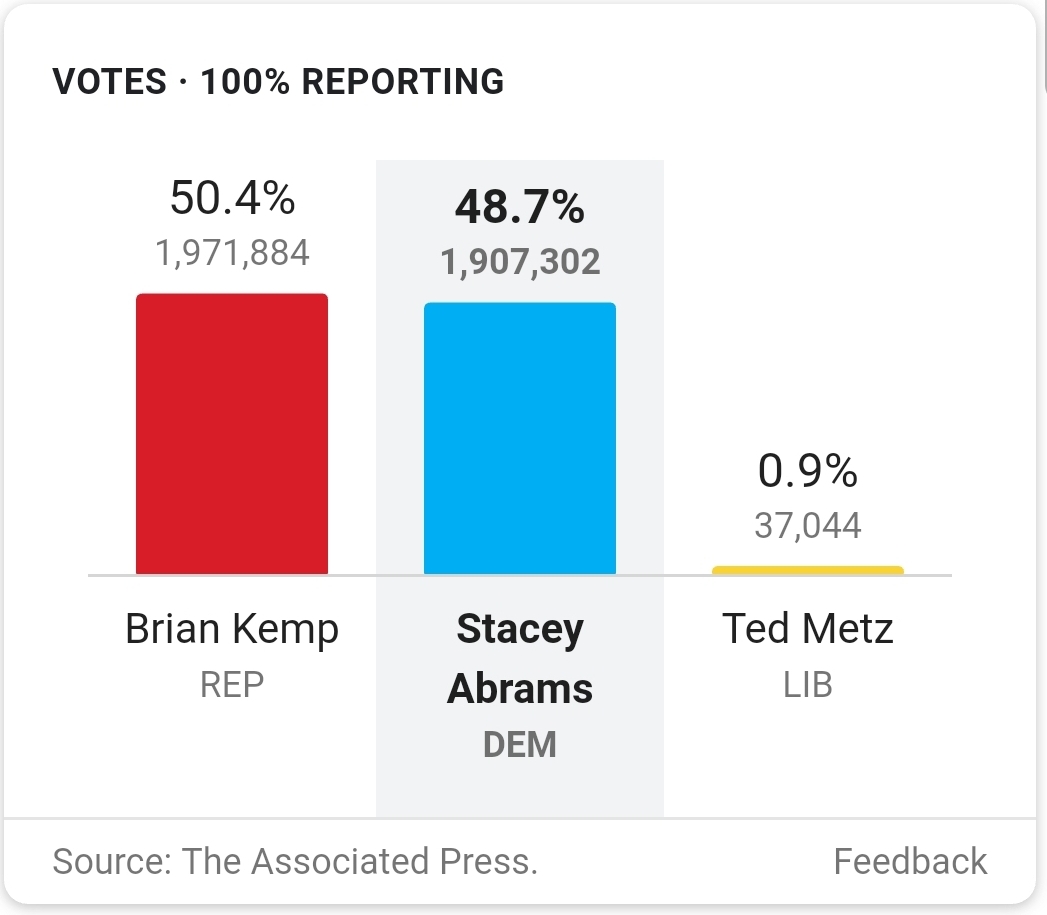 Abrams' race is a close call. And, in keeping that same energy used in her campaign, Abrams said she will not concede -- and neither should we.

Here are 5 lessons to learn from the losses on election night:

2. Everything is still possible.

Despite the nation’s racist, xenophobic climate a group of diverse politicians, representing men and women of color, Muslims and LGBTQ+  have penetrated government. If we believe, we can conceive. See: Reconstruction

Through collective work, and voting, social justice issues have been both recognized and addressed. Anything earned has never come easy. Now is not the time to become lax or fall back. See: Civil Rights Movement

2020 will be here sooner than we know. Maintain your voter status, complete jury duty, show up to your state, local and county townhall meetings. Know your representatives, meet them -- challenge them. Be in the loop and in the know, and in the words, of famed Black artist Kerry James Marshall:

“In order to be in the game, you have to play the game at the highest level of those who are playing…”

Why It Was Important For Me, As A Black Woman, To Vote