The MCU is making an extremely wise move casting Tessa Thompson as Valkyrie in Thor: Ragnarok. She will be one of few women of color with a significant role in the collective thus far – a problem that Marvel seems to be working to correct. The original Valkyrie that we know is not a Black woman, but it looks like the opportunity was extended to Thompson to make a change (which is dope)
Valkyrie first appeared in 1970's The Avengers #83 and she was only meant to be a disguise for another character named Enchantress. Obviously, she caught some eyes as a viable stand alone heroine because several iterations of the character were used in various books over the next few years, until The Defenders #4 where she was added as a long term member of the team 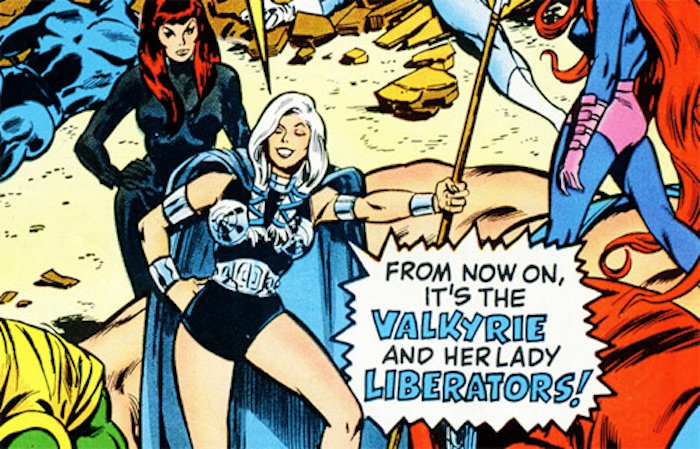 Photo: Marvel Howeve, a back story didn't come for Valkyrie until 58 Defenders issues later (and she's gone through several origins as well). The final story that Marvel has stuck to, up until now, is the Asgardian (the same race as Thor) iteration of the character
Brunnhilde (her real name) is Odin's designated choice to lead the Valkyrior, a group of warrior goddesses given the task of choosingfallen soldiers worthy of being accepted to Valhalla in death. This group was known as the "Choosers of the Slain". Then we get into a lot of complicated things like transference of powers, minds trapped in bodies fighting other bodies, essences and minds moving to other bodies, etc. There's even a story line where Valkyrie is a creation of Doctor Doom. The important thing is, Valkyrie is a badass (because nobody really knows what back story the MCU will run with)
This character has a ton of powers ranging from the common place superhuman strength, speed, durability, regenerative healing, teleportation, and a special power to sense danger and death. She also has an enchanted sword and a winged horse named Aragorn. Valkyrie is not a game, which is why it will be amazing to see Tessa Thompson play her in Thor:Ragnarok next year
She's been on a number of different teams, mostly incarnations of The Defenders, fighting along side characters like Luke Cage and others. One of the most recognizable and prominent team iterations where you can find Valkyrie is The Fearless Defenders with blerd favorite, Misty Knight. The duo team up as leaders of the group and take out baddies (and their base of operations is Misty's safe house in New York). With an impending Defenders series in the works on Netflix, and Simone Missick cast to play Misty Knight, you have to hope that some characters may get a chance to jump into the silver screen (or vice versa) and play out some of that comic book history 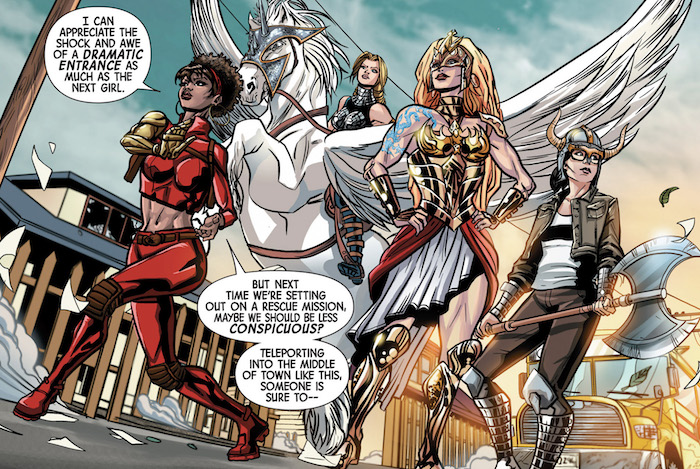 Photo: Marvel While all of this is mostly fanboy speculation, hopes, and dreams one thing is for sure, Tessa Thompson will be assuming the role of this legacy Marvel character in Thor: Ragnarok. The fandom has yet another thing to look forward to, even sooner than Black Panther
Thor: Ragnarok is set to hit theaters on November 3, 2017. Don't sleep on it


Are you excited to see Tessa Thompson as Valkyrie? Let us know in the comments.

READ NEXT:Why Don't We Watch Television as a Family Any More?