Afrocentrism as elitism: The gift and curse of consciousness in the social media age

In a world full of twerk videos and K2, where sweat pants are acceptable 'fashion' attire and jeggings are an actual thing, it can be difficult not to wish you had been born just a decade or two earlier.

Our adoration for '90s music and television and its generational predecessors, though partially due simply to nostalgia, is also directly linked to the fact that we did not heavily scrutinize it nor were we equipped to do so publicly and at lightning speed. We were not nearly as critical of our stars and their motives, messages and how they chose to present themselves professionally or in real life as we are now. Even when we did disagree, the public shaming of black folks was never so prevalent, despite the fact that the stakes have always been insanely high and black lives have never stopped being undervalued and overlooked unless there was a profit to be made or a stereotype to point out in the midst of their commodification

There is an ever growing carefree black girl movement and a wave of natural hair love and Afrocentricity sweeping the globe as black folks across the diaspora develop and become vocal about their identity and politics in terms of their blackness.

But it's important to remember that there have always been carefree black girls. There have always been unapologetic men and women of color in every sphere from politics to entertainment to that sista down the street, and I must say, it was probably a lot easier to function unapologetically and as a whole human being when every word uttered and every move made was not being picked apart by an entire community. That's not to say black folk should not be checked when their language and attitudes scream anti-blackness, especially those of us with the privilege (and burden) of having a platform. But I am a firm believer that balance is essential in all things. We can't call out the negative without uplifting the positive and we shouldn't constantly shame black folk for individual sound bites without taking a look at the bigger picture and how that person lives their daily life
A perfect example of the hyper scrutiny of the black community not nearly as widespread or popular in previous decades would be the backlash that Michael B(ae) Jordan received last year when he told GQ magazine that he doesn't want to play stereotypical black roles and just wants to be seen as an actor. A lot of people took to the web to express their frustration that he would make such a statement, but I feel like anyone who's even half woke should have understood what he meant. What he meant was that Halle Berry should have received an Oscar for her role in Losing Isaiah, not Monster's Ball. But the 'esteemed' academy is only trying to give women who remind me of my aunties awards for playing slaves and maids and screwing old white dudes. That's the reality of Hollywood for black folks
Even in that observation things get tricky, because I believe Lupita N'yongo absolutely deserved her award for best supporting actress as Patsy in 12 Years a Slave. Occasionally, they get it right. And I distinctly remember being disgusted with the black community as I watched it shame this brilliant actress all over social media for being a 'bed wench,' instead of lifting her up and celebrating her achievement. For the record, it was not worth celebrating because a bunch of old white folks deemed her worthy of celebrating. It was worth celebrating because this woman who defies every Eurocentric beauty standard known to man outside of her dress size was being acknowledged for her talent and beauty across the world. To them, she might have been the flavor of the week, but to me she was and is monumental, so I took personal pride in her recognition 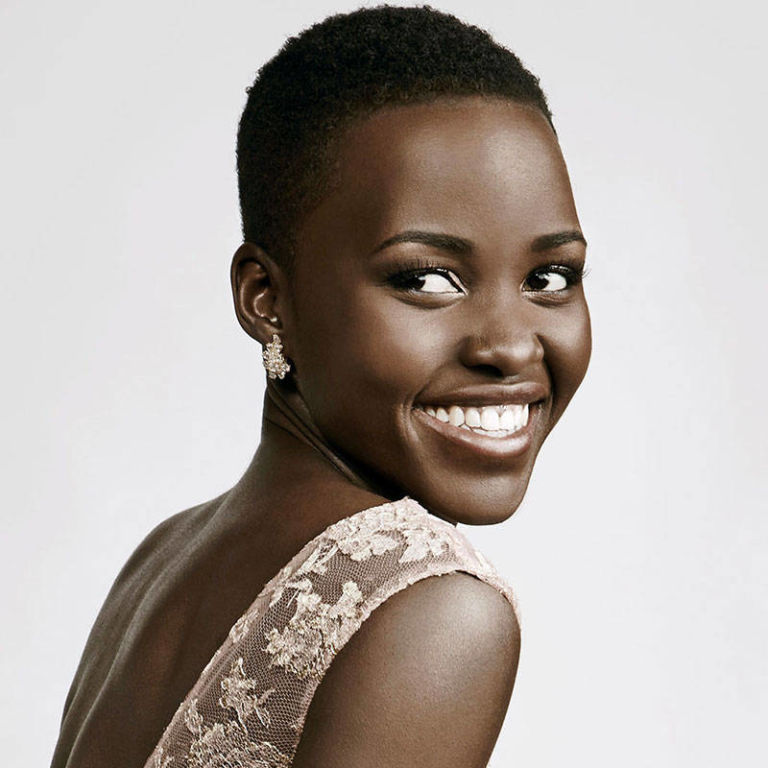 Photo: Taili Song Roth/Corbis Outline - harpersbazaar There are specific roles for which actors of the diaspora receive accolades even when their body of work is full to the brim with award-worthy performances. What's worse, there are roles the majority of Hollywood would never think to cast a black actor for because of a widely-held but consistently disproven notion that audiences 'don't want to see a Black person' do this or that or it won't be believable or marketable to a global audience. In light of those hard truths, I think Michael B. Jordan's sentiments echoed those of Golden Globe winner (and my pretend godmother) Viola Davis when she said "the only difference between black actresses and everyone else is opportunity." Any artist wants to be known for their craft, and not with respect to their race, plain and simple
Taking that one quote from Michael's interview and running with it despite the fact that this is the same actor who played Oscar Grant in a harrowing performance depicting the last days of a 22-year-old black man who was fatally shot in the back by transit police as he lay cuffed on a train platform in 2009 and is extremely vocal about social justice issues is simply ridiculous to me. This is the same actor whose most iconic role before Fruitvale Station was playing Wallace on The Wire—a gritty crime drama in which he gets all too familiar some of the ills plaguing our community, which is probably part of the reason he's looking to diversify his resume. How can we attack him so easily, most of us not even bothering to check the entire interview/quote for ourselves but quickly sharing it so all our friends, relatives, and online acquaintances would know that we don't f*ck with him anymore? On the flip side, you have folks like Raven Symone-ay (I have to type it like it's spelled because she had the AUDACITY to try to tell somebody about their 'ghetto name') constantly spewing anti-black (and anti-LGBTQ) rhetoric after a long and successful career through which we lifted her up. From The Cosby Show to That's So Raven and the Cheetah Girls all the way up until her recent stint on Empire right before she lost her damn mind and it earned her a spot as the new talk show panelist we love to hate, we supported Raven to the fullest. I hit a full stop on that when she started talking out the side of her mouth about her ethnicity among other things and a large portion of the black community did the same, even petitioning ABC network to remove her from 'The View' where she is currently a talk show personality. That I understood. She reeks of self-hate and needs to know it. But my man Michael? Not so much. And I don't think we care to figure out the difference anymore because we're too busy spreading the word that so-and-so did or said this or that, without making sure they deserve to be completely written off. Millennials applaud women like Aaliyah for keeping their clothes on and Lisa Bonet for being natural beauties because 20 and 30 somethings deem them old-school. What we forget is that they got to be carefree before it had a name and an apparent formula. They got to exist in an era when these were not common phrases and popular movements among women of color, and so they were just appreciated for their individuality. The truth is that now, in our effort to promote positive, authentic portrayals of our people, we are segregating ourselves from one another in an effort to weed out the folks who make us look bad, and many genuinely incredible people are getting caught in the crosshairs of respectability politics, the old days and the gift and curse that is social media
What are your experiences being a carefree black girl in this day and age? Let us know in the comments below!

READ NEXT: Being a carefree black boy during the social justice movement