Black Women Keep Getting Killed -- Are We Saying Her Name To A Deaf Room?

A brilliant man once said, “The most disrespected woman in America is the black woman."

July 2018 has given credence to the prolific Malcolm X statement which was given during a eulogy he gave in 1962. Sadly, he wasn’t lying then and still, what he said is painstakingly accurate. At least eight black women were killed over a span of 17 days, and it is with heavy hearts, we must say their names:

Valinda Rose Scott, 55, and her daughter Milan Rose Ardoin, 28, were shot in a double homicide. Milan died at the scene, and Valinda died a short time later at the hospital. MeShon Cooper, 43, and Nia Wilson, 19, were savagely murdered by racist white men because of the melanin in their skin. Samantha Stewart, 29, was found strangled in her home by an alleged serial killer she met on Tinder. LaTonya Richards, 35, was killed by a white man with a domestic violence rap sheet, dating back to 1993; he was also the father of her three-year-old son. Kishana Harley, a mother of four, was found slain in her apartment. Her death was caused by “traumatic injuries;” her murderer has yet to be found. The same is true for Sasha Garden and Diamond Stephens, who was murdered so close to July, I'd be remiss if I did not mention her. Both women were left for dead; Stephens was shot ruthlessly in the back of her head, and Garden was brutally beaten. They are two of 16 transgender women murdered this year.

According to a recent report by the Center for Disease Control and Prevention, black women are murdered more than any other race group at a rate of 4.4 per 100,000. 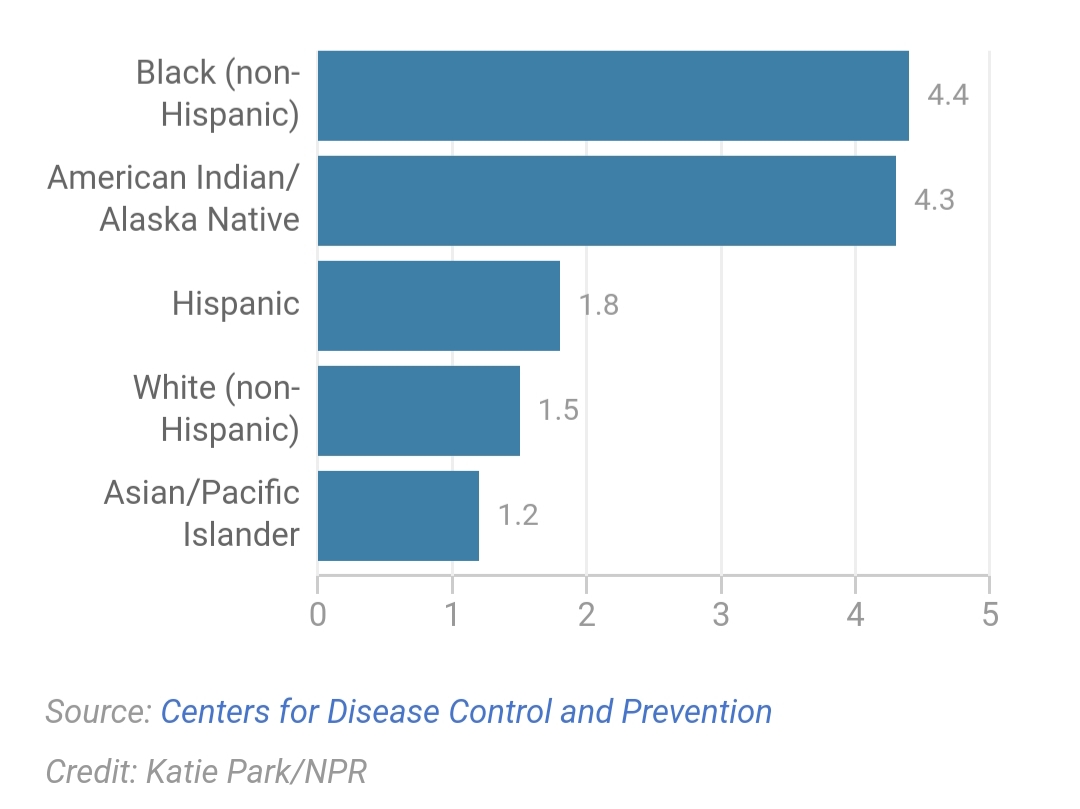 This has to stop.

The overwhelming numbers invite a plethora of questions: When will we march on Washington, petition the White House, testify on the Senate floor, wear pink hats representing black woman bodies and their slaughtered spirits, throw them bows and tear up the motherf**kin' street for a black woman? Like, seriously, when will we give a f**k about black women?

From the looks of it, perhaps when they are all extinct and are no longer “de mule uh de world so fur as ah can see;” probably. After all, these are the women who lead the charge on black social justice and stand in the trenches with and for black lives. These are the women who show up and show out when white supremacy threatens a Senate seat. These are also ordinary women holding down households — mothers, daughters, sisters, aunties — trying to live their best lives in a society that despises them. And quite frankly, we've witnessed folks cape harder for gun laws and animal rights.

The violence perpetrated against black women and girls is hateful and downright depraved as is the case of a 12-year-old Congolese girl viciously attacked by a hellish white man while on her way to school. It is a blessing she survived, despite now needing a heart transplant.

Black women are disrespected, even in death and especially in news media. Not even when a white 18-year-old is a perpetrator of a crime, telling salacious white lies on innocent black men. In headlines, she also gets to be a teenager: 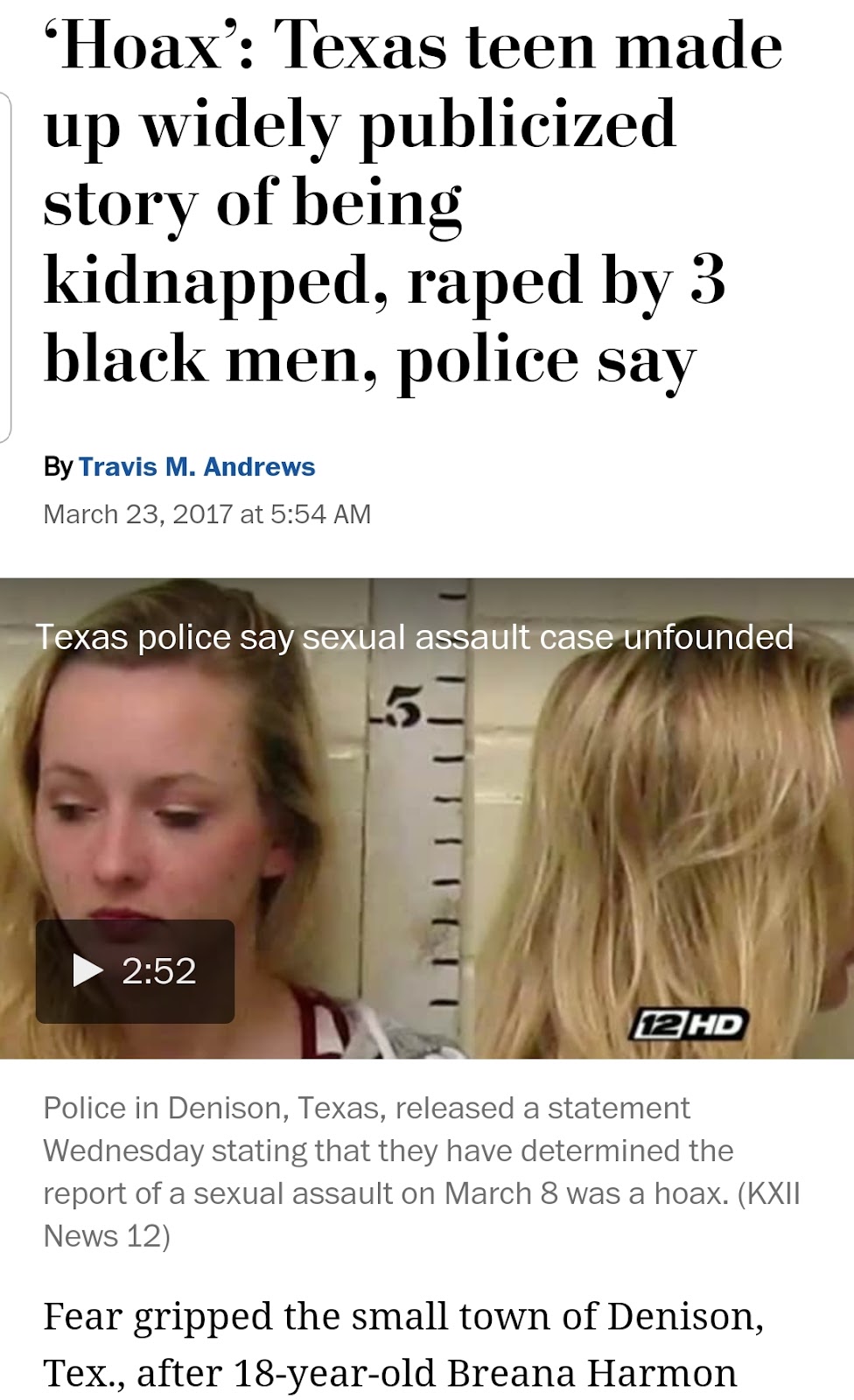 Adding more injury to insult, KTVU reported Wilson’s stabbing and used an image of the teenage girl holding a cellular phone replica of a gun, making her appear less than innocent and possibly to blame for her death. However, protestors and social media users came through, went HAM and called the news network out for its blatant insensitivity.

THIS IS THE ENTIRE PHOTO!

In other news, KTOV referenced Diamond Stephens as Jeremiah Stephens, and a police chief referred to her as he instead of she in his statement.

(Note: Transgender women aren't to be called by their former government names unless she's authorized you to do so. #SayHerName and put some respect on them pronouns, as well.)

Domestic violence laws need to be re-addressed. Richards' assailant was an ex-boyfriend whose father claimed he had a “jealous” streak. His 25-year rap sheet documents several domestic violence charges; one in which is regarded as “petty.” He should have been thrown in jail and made to suffer for his offenses.

Meanwhile, when Orenthal "Juice" Simpson was accused of killing his ex-wife, Nicole Brown Simpson, new domestic violence laws were swiftly implemented because the victim was a white woman and the alleged perpetrator was a black man. Domestic violence is indeed responsible for 55.3 percent of the homicides on all women, but black women bear the worst of that statistic, too. As it stands, black women are 29 percent more likely to be killed by domestic partners than white women.

When it comes to systemic violence, black women's bodies have been poked, prodded, examined, raped, beaten, kicked and slaughtered. We don't deserve this.