His latest book of essays centers around living with student loan debt.

New York Times bestselling author Michael Arceneaux is back with his second collection of essays, I Don’t Want To Die Poor. In the entertaining anthology Arceneaux explores his financial anxieties, along with the mental toll of trying to pay off student loans, after graduating from Howard University.

The rawness, transparency and humor in I Don’t Want To Die Poor offers readers hope amidst America's current student debt crisis. According to Time, the student loan debt in America exceeds $1.5 trillion, making it one of the biggest consumer debt categories. As America, and the world, struggles through the unprecedented coronavirus pandemic, we are faced with much uncertainty and potentially another financial crisis. While elections near, the question at hand is whether millions of Americans will have student loans forgiven and the burden of this debt lifted.

Blavity caught up with Arceneaux virtually, to chat about his new release and how he predicts the country will handle student loan debt during the rise of COVID-19.

Blavity: Michael, thanks so much for taking the time to talk with Blavity about your new book. How did you come up with the title I Don’t Want To Die Poor?

Michael Arceneaux: I’m as good as I can be during a nightmare [laughs]. After I Can’t Date Jesus, my first book, [the title came] based on a conversation I had with my mom and me not wanting to die poor. I have a sarcastic take on stuff. The first chapter in the book is a broader extension from the essay I wrote for the New York Times about my private loan debt. If I died right now, my mom would still be on the hook for the loan. So if I die right now, I, unfortunately, wouldn’t have much to give her. Basically, if I died my mom would still have to pay this loan, which I think is awful.

Blavity: The chapter titles are hilarious. I would say my favorite is "Quit Playing On My Phone." Do you have a favorite chapter and why?

Arceneaux: I appreciate it, thank you. The book was a horrible experience to write [laughs]. That said, the “Momma’s Boy” chapter was the most difficult to write, but it was my favorite because it was a different type of writing that people aren’t used to getting from me. The “Cognac and Celex” chapter was another and “K Street Thots” because they offered a little bit of levity. Actually,” K Street Thots” was my favorite.

Blavity: In your chapter "K Street Thots," you spoke on wanting to pursue different careers, do you still have second thoughts on the career path you chose?

Arceneaux: Yes, I was considering other careers, but my book is framed around pursuing a dream. I make a pretty good living, all things considered. Freelancing has its own headache. But the point is, people say this to all people, especially Black people, “Go to school, get a job, pay your bills, blah, blah, blah.” If I had done a lot of other jobs, I still would be struggling.

I would say the only thing that I have considered, if all else fails, is to work with a tech company. That's only because one time, I wrote a recommendation for someone I worked with and they [the company] ended up trying to hire me. This was right before I got the book deal for I Can’t Date Jesus and times were hard so I almost thought, maybe I need to go and make this tech money [laughs]. But that’s only if I fail, other than that I think I’m alright. We’ll see!

Blavity: What advice regarding student loans, would you give to someone entering college?

Arceneaux: I think teenagers can’t really grasp the gravity of it. Honestly, pick up my book and look at realistic stories about student loans and how much it can really impact your life and ask yourself is that really worth it. Some people are going to have to go into debt no matter what, but how much debt you take on and how your debt is structured really matters, so do that research. What you do now can impact your entire life. My book is a true testament to that. If all else fails, just don’t take out private loans. If that’s the one bit of advice I can give, do not take out private loans.

Blavity: Do you see student loans becoming a thing of the past, for the next generation?

Arceneaux: I don’t know if we’re going to survive to be honest. In the book, I point out how, in terms of prejudicial politics, Bernie Sanders and Elizabeth Warren — Bernie more than anyone— really made debt cancelling a serious conversation. Even before the pandemic we really needed to be talking about that, because it’s already a crisis for everybody, specifically for Black people. Private loan debt is only a small portion of the overall debt, but Black people make up a disproportionate amount of that because we go to Black schools that have fewer resources, so that needs to be addressed.

People are saying my book is so timely now, but it was timely before. Black people are suffering the most because we bear the brunt of all these inequalities. For the next generation, I would like to think that if we make it, we will reimagine higher education the way a lot of other countries do, where education is basically free. Even Joe Bidden, of all people, is already talking about debt cancelation and specifically trying to help Black college graduates. So I am encouraged but I’m also terrified because people are still greedy even during a pandemic, where greed might kill us all.

Blavity: I couldn’t agree more. You even touched on mental health and imposter syndrome, in your book. How did you overcome second-guessing yourself? 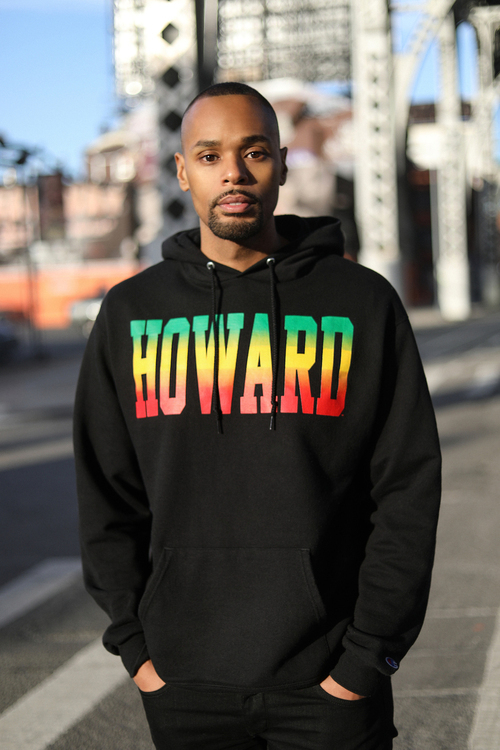 Arceneaux: Here’s the thing, I think working-class folks and people from troubled backgrounds aren’t given the tools to always love yourself and if you’re a Black person or woman or other, society doesn’t give you the space to love yourself and be loved. But I will say in particular when it comes to this book, we are all taught and conditioned to believe that if we don’t have a certain amount of money and we can’t live a certain way, then that says something about who we are and what our value is. Don’t believe that. Don’t punish yourself for things that are beyond your control.

Look at this moment right now. No matter how hard you worked or what you did or what advantage or disadvantage you were born in, the reality is that our collective faith rests in the hands of a racist TV host. It’s learning to not let the flawed image the world has of you, impact you. Ignore that and be kind to yourself. Don’t let money define you and these arbitrary things that don’t mean much in the grand scheme of things, hurt you. Allow yourself to feel sad, but don’t stay in that. I was punishing myself so much that it was actually hurting me. I was internalizing so much, and again this country beats you down — especially if you don’t have money. You have to learn to figure out what works for you. Love yourself, the best way every day and not allow the noise to creep in.

Blavity: What do you want readers to take away after reading your essays?

Arceneaux: I want to make people laugh and make them think. Now more than ever I want people to remove the artifice about a lot of things, in terms of success. Be more compassionate and learn to think beyond yourself. Learn to see somebody else's struggle, because people talk about student loan debt as this personal flaw. The reality is that social mobility in this country is so difficult to change. How to truly get ahead, so much of it is not about hard work, but who you know, what you’re born with and your proximity to a white person who can get you to the next level. I put myself out there because we really don’t have honest conversations about debt and the emotional debt that we carry, which ultimately impacts our health. Hopefully, people laugh, think and learn to be compassionate.

More often than none, in this country, no matter how big your check is the problem is you're not getting paid what you deserve. [A large majority of] Americans are two checks away from being in poverty. This book is about struggle and it’s honest. I would like to think that it will give people hope. Hopefully [readers] understand they can’t control the world, but they can control how they react in situations.

In terms of the climate right now as it relates to student loans, if you don’t have it, don’t give it. Take care of what you can. There is no sense in stressing over things that are beyond your control, especially during this pandemic. Do the best that you can and if they’re mad, f**k it, they can’t take it from you [laughs]. Look, if you don’t have it in you to work right now and do all these Instagram lives, you don’t have to do shit, but stay alive.

I Don’t Want To Die Poor was released on April 7 and although there may be some delays on getting the book, due to COVID-19, it is well worth the wait. To stay in touch with the author, be sure to follow Arceneaux on Instagram and Twitter.