Why Branford Marsalis is the man

It’s easy to lose track of greatness in music. The popular music of black Americans has mutated and continues to mutate at such at an amazing speed while dominating global charts that it's very hard to actually pin down musical genius. But I'm here to explain why Brandford Marsalis is a musical genius — and to detail his contributions to not just jazz, but all kinds of music
The first hip-hop producers were avid samplers of music that was not at all popular. It all changed with the 1991 case “Grand Upright Music, Ltd. v. Warner Bros. Records Inc” though the best producers continue to be inspired by great musicianship. "The hip, the hop," as the Sugarhill gang crew put it, were achieved through a deep understanding of all sorts of music, especially jazz. Not listening to Branford, an important Jazz great, is not getting down with the real hip-hop culture. His music includes many cultural artifacts of the era that gave rise to hip-hop and just absolutely great jazz music. 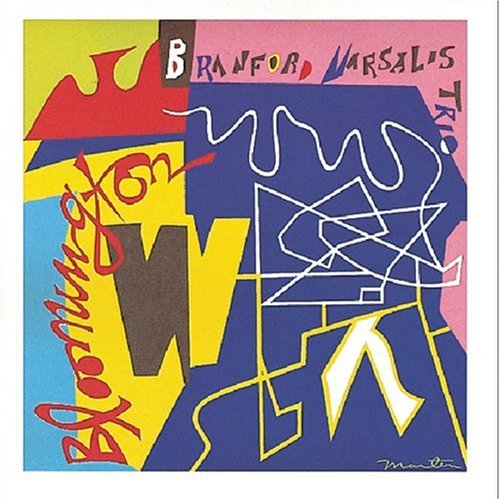 Photo: Amazon His album Bloomington is one of the greatest jazz albums of all time. In my opinion, he's way better at music than his famous brother Wynton Marsalis is. He is a great soloist and he composes so well. He also interprets the compositions of others incredibly well. He doesn't pander to contemporary mentality and asks of us to contemplate art. What’s worse is that Branford is a modern artist, an individualist. Like Miles Davis, Branford himself tried his hand at hip-hop with the group Buckshot Lefonque — but he made hip-hop how he wanted to. It might be why he's not considered a Miles Davis, because Miles pandered to contemporary mentality. He's not a free jazz person either, so cut him out of the Pharaoh Sanders and John Coltrane comparisons. He’s not a Dexter Gordon Hard Bop guy who wants to “communicate with his audience.” Officially, he’s one of Art Blakey’s “Young Lions,” and his music is an evolution of Hard Bop. His evolution stands on its own. What’s fascinating is that his music comes along when hip-hop does and is an artifact of the era. Radio, language and American city life are things had already begun to massively change when Branford released his first album, Scenes In The City, in 1984. The 1980s and 1990s came with a literal bang and pictures and old film tell us what was fascinating. The list of fascinations is long, including the golden age of romantic comedies and televisual middle-class-ness that was a lot of the 1980s, rock and roll culture, republican culture, racial tension, the massive immigration of Caribbeans to New York, etc. It all led to the hip-hop culture and other traditions born from that time that we all know of today. Field hollers, banns playing, djuba pats and work songs, folk songs and congo square dancing, jazz to boogie woogie to funk, R&B, pop, disco, gospel, ragtime, etc., the list of great black musicians is so long that it’s ridiculous. Hip-hop culture calls for an appreciation of other black musical genres. It is one of its greatest fortes, including poetry and a certain gothic aesthetic, gothic realism, that has been that of William Faulkner and many writers and can be heard in rock 'n' roll but has never been as popular as with hip-hop. Branford Marsalis is a musician that both musical and cultural mutation has obscured. The thing is that he is one for the great musical minds, regardless of his popularity (which is pretty large in the jazz community). He should be listened to avidly by every hip-hop culture fan, a culture open and developed by the appreciation of other musical genres. Emmanuel Adolf Alzuphar is a music critic. He also writes poems and songs. He attended the George Washington University.

READ NEXT: What happened to jazz's popularity in the black community?