Can we get a Static Shock cameo?

Good news for all you superhero fans: the Berlantiverse is about to get bigger. And blacker!

Based on the DC Comics series of the same name, the show will feature Cress Williams as Jefferson Pierce, a metahuman with electro-magnetic abilities who fights evil as Black Lightening.

Williams and McClain will star as Black Lightning’s daughters, Anissa and Jennifer Pierce, respectively. Deadline describes Williams’ character as “an independent, outspoken scholar-athlete” and McClain’s Jennifer as a “twenty-something” who “balances the demands of medical school with her job teaching part-time at her father’s school.”

In the comics, Black Lightning’s daughters eventually don the cape and cowl themselves, becoming heroes known as Thunder and Lightning; they have battled foes alongside Superman, Wonder Woman and Green Lantern. Off the battlefield, Anissa has fought against social injustice alongside her girlfriend Grace Choi. 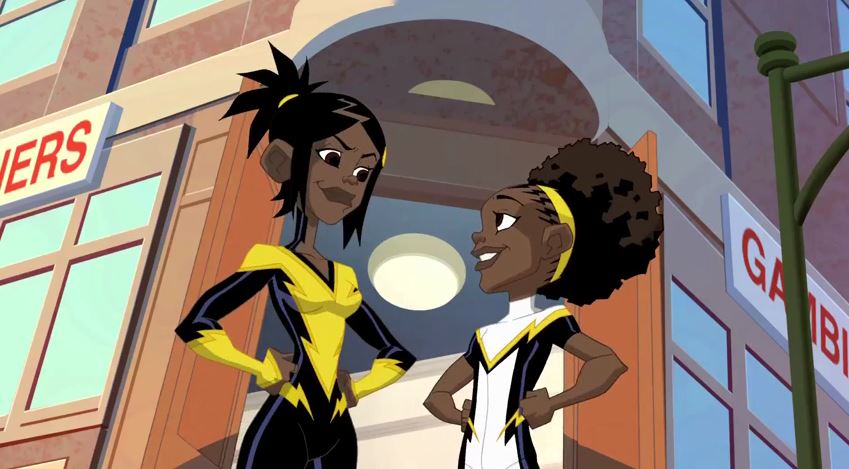 McClain is best known for her role as Jazmine Payne in Tyler Perry’s House of Payne; she recently finished filming the Lionsgate picture Brother’s Blood. Williams was a recurring guest star on CBS’ Code Black, and currently stars in Showtime’s Twin Peaks reboot.

The CW’s Black Lightning will be written by Being Mary Jane alumni Mara Brock Akil and Salim Akil; as of now, there has only been a pilot order, but here’s hoping this series makes it to television, with Thunder and Lightning lighting up the CW’s superhero block alongside the Green Arrow, Supergirl and the superteam of Legends of Tomorrow.