Their workshop journey starts next month in Atlanta. They also have their eyes on California, New York and other cities all around the country. “Once people see the videos of the workshops, hopefully the same kind of thing will happen with the workshop that happened with the book,” says Johnson. “And we end up in Texas, and we end up in Omaha, and all these other places that need this story and lesson to be told and to engage with children.” 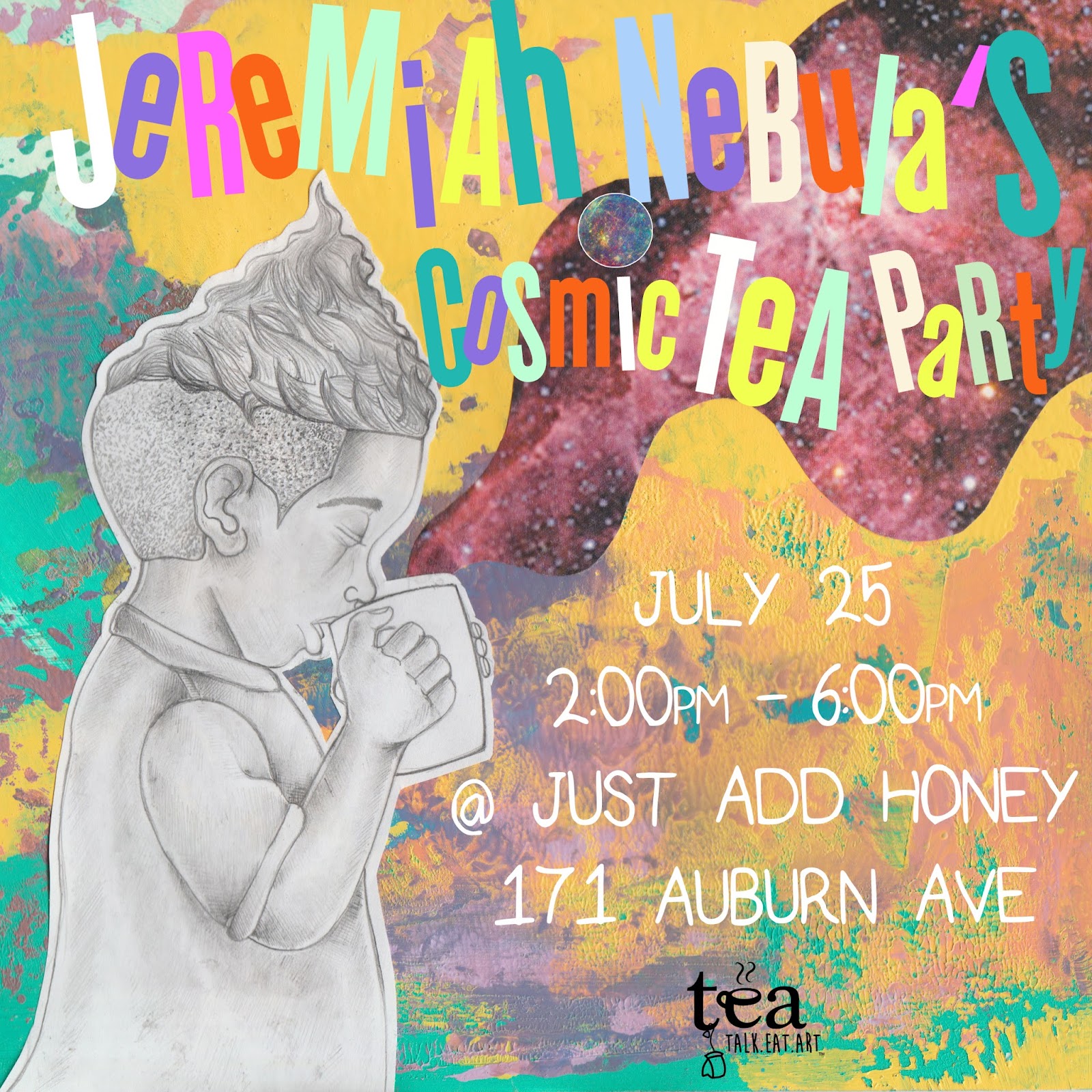 Daye says there is something everyone can take away from Large Fears. “Everybody has felt like they didn’t fit in at one point and time.”

Blavity had the chance to talk with Daye and Johnson about how they developed the concept for Large Fears and their plans after the crowdfunding campaign ends. Get into it below.

This interview has been edited for clarity and length.

Blavity: How did Large Fears come about? How did you all start creating it?

Kendrick Daye: Originally I did a musical project with the same title a few years back. Myles actually wrote on that project. And then he came to me and said he wrote a children’s book with the same title. When I read it, I identified with it so much. That’s pretty much how the children’s book came to be. He wrote that maybe a year and a half ago, but now we’re getting to the point where we’re getting it out there. Myles, do you want to talk about more about the inspiration behind Jeremiah?

Blavity: I would love to hear more about that. also, is there any meaning behind the title of the book?

Myles E. Johnson: As far as the title, like Kendrick said, it came from a music project that he was working on. And I always really loved that title and how it sounded. I like the idea of it appearing childish, but when we really get to the definition, it’s something that we all deal with. It can be rejection. It could be the Boogeyman. It could be whatever it is for you. As far as the main character, Jeremiah, I was literally dancing in my room and I had this thought of Jeremiah Nebula and I was like, ‘That’s a fun name. Who is this person?’ I wrote out a biography of who this person was, [and answered the questions] what does he eat, what does he like, what is he scared of, what does he dream of? When I kind of knew the character, I felt ready to write about him and an adventure that he has. I gave it to Kendrick and I was like, ‘I hope you like it because I stole your title.’ *laughs*

Blavity: That’s awesome. So how did you choose for Jeremiah to go to Mars of all places? He could’ve gone to any planet or place… is there any reason behind that?

MEJ: As a creative impulse, it felt right. When I look back intellectually on that creative impulse, I always loved Ray Bradbury’s short stories where these White astronauts go to space and crash on Mars and [it] is actually inhabited by all Black people. In that story, all those Black people had to decide if they’re going to treat White people how they treated Black people on earth. That’s what this whole short story is about. I’m a Kelis fan and she references Mars. As far as literature, as far as music — Mars was always the go-to planet. It was a lot more impulsive, but looking back on it, it makes sense because it’s referencing a lot of the stuff that I enjoy. 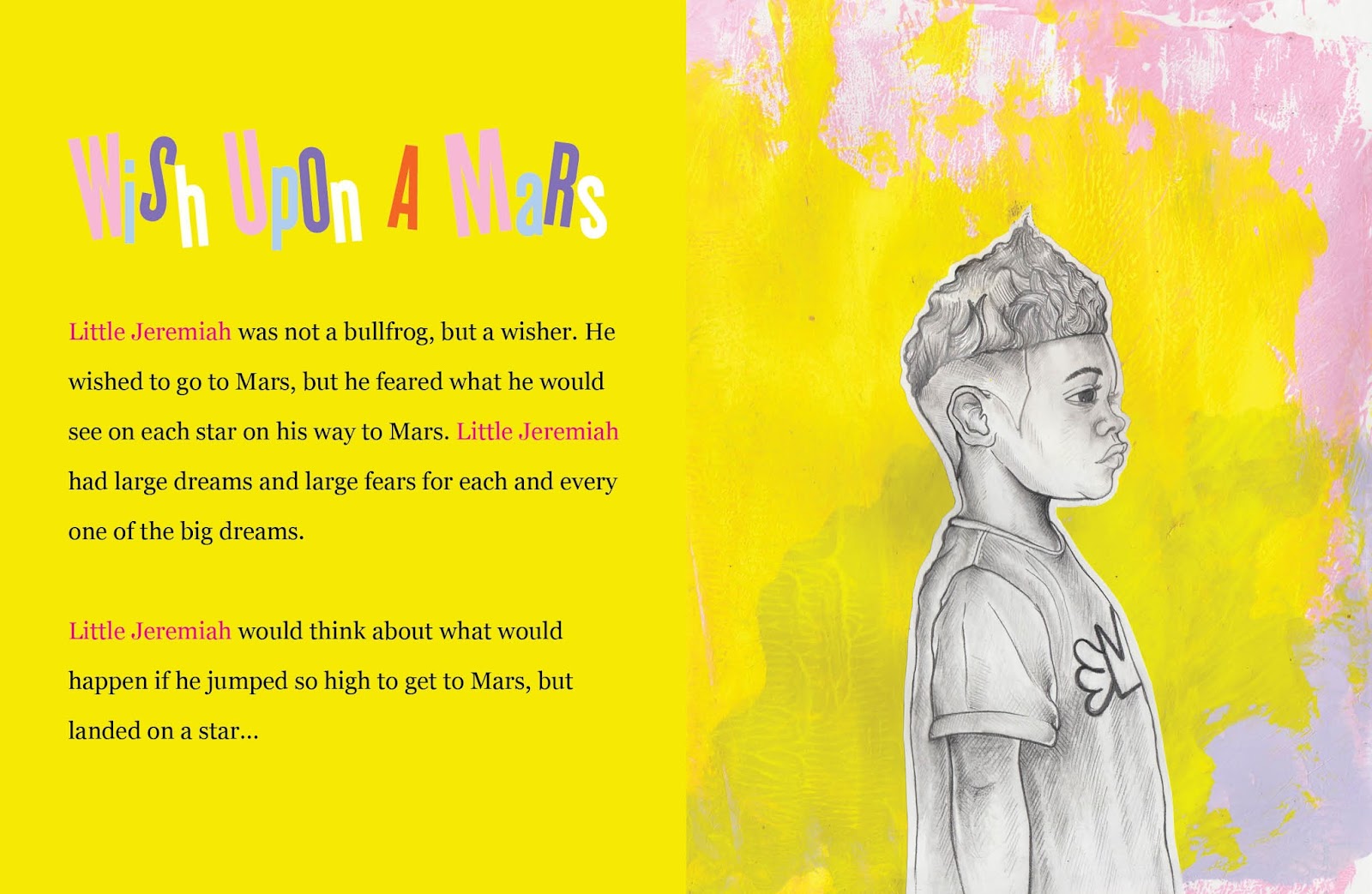 Blavity: It seems like it has a bit of a science fiction feel to me just based on your description right now. What do you hope that readers take away from Large Fears?

KD: I think we have the same goal. But for me, I want people to be encouraged and really inspired. Seeing themselves in another character and even taking it a little further, this is our intent to tell a story about a young Black kid who is someone like us growing up. Hopefully it can encourage people who felt weird, or like they did not fit in, or like they were ostracized in some way so that they can tell their stories. Not everybody is Black and queer. Maybe they’re like transgender and queer, transgender and Black, or maybe they’re from another country. I hope that it will help people to tell their stories so that we can have more of a diverse dialogue going on within literature in general. That’s pretty much my hope.

MEJ: Me and Kendrick definitely share the same intention as far as that. One of the only things that I would add is, as far as Jeremiah Nebula as a character, my hope and my prayer for this project is that it will liberate a bunch of different people. I was talking to a teacher [about] the project and he was saying how the kids who were between 12-15 were able to bridge what a character like this would do for a straight male who doesn’t fit the archetype of what a straight male should be. [Presenting] one person who is not always necessarily represented actually has the power to liberate a whole bunch of other people too. And have a bunch of other narratives come. I’m sure you are tired and I am tired of seeing the same story being told over and over. We have this opportunity and I see so many other really good Black artists have their own opportunities to tell stories that aren’t being told.

Blavity: I also want there to be diverse stories being told. It’s ridiculous how white and heteronormative everything is in literature. I came across your campaign when Fadia Kader posted about it on Instagram. And I was like, ‘Oh my gosh. This is amazing.’ I feel like you all have gotten some good feedback and you’ve been posted about on Mic, NPR and The Huffington Post. How does it feel receiving this support and reaching your goal with time left in your campaign?

KD: Honestly, it feels really amazing. I didn’t think it was as big as, or as important as how people are responding to it. It’s just really amazing not only that we’ve been able to make the goal with a few weeks out, but even just the response. Like you said, The Huffington Post, Mic, NPR, Blavity, AfroPunk and all these other people just embraced us and the idea and concept with open arms. I didn’t expect it at all. It’s mind-blowing to me. And even with those, with certain outlets there is some pushback with certain people but the positive responses have been so overwhelmingly positive that anything else doesn’t really matter to me. I’m just really excited that people that do get it understand it and are completely here for it. When I read comments and people say, “If I had this when I was a kid, I don’t know what my life would be,” it means the world to me. I didn’t expect it, but the response has been amazing so far.

MEJ: When me and Kendrick first came up with the idea, I was actually thinking the total opposite would happen. I was prepared to sell chocolate bars and really have to put in work. I just knew that a children’s book was not the cool, sleek trendy thing to do, and we’re artists. Usually our outlet is for adults. We knew that a children’s book about a gay kid wasn’t going to be the coolest thing to do. Doing a children’s book about a kid who is queer and Black, I thought we were going to have an uphill battle. With Kendrick’s work and artistic ability and my literary ability in the story and in the message, I was willing to knock on every door and say, “Can I get a dollar?” I would knock on 6,000 doors and hopefully it would equal our goal. I was willing to do that, so when I do see the response, I’m like, “Who would have thought?” It still blows my mind and I think about it everyday. The same exact day we were on AfroPunk and The Huffington Post. This story has the potential to resonate with a lot of people. Those are not common media platforms. The fact that The Huffington Post wrote an article about it, as well as AfroPunk, NPR and Blavity, that’s like the dream that everybody has for a story that is so specific and personal to them to resonate with a diverse group of people. It feels good and I get excited thinking about it.

Blavity: I’m excited for you all too. I know that you have a workshop that goes along with the book. Can you all tell me more about your goals with that?

MEJ: The workshop is something that me and Kendrick really conceptualized. It’s going to be a safe, artistic space for children ages 5-12 and adults too. The idea that I had in my head about the workshop was to take Large Fears and make it into an experience and a lesson that could really stick to children outside of just the book. The umbrella thought of the workshop in Large Fears is that through community, self-belief and self-love, you can destroy your large fear and you can reach your large dreams. The workshop is three parts and is basically an ongoing art project where the children create an image of their large fear. We have a lesson and some exercises that we do with that. They share their large fears with somebody else so they trade them [like] baseball cards so that they have someone else’s large fears. The second part is the kids discuss this new large fear that is not their own — how would they destroy this large fear? How would they not be afraid of the Boogeyman, or how would you not be afraid of the dog? Then at the conclusion, they actually tear it up and we discuss how we get over large fears. We also discuss our large dreams. And the children get material to draw their large dreams on. Again they’re going to trade those off and talk about what a person can do to get closer to their large dreams. At the conclusion of that, we’re going to talk about community, self-love and how we need each other to accomplish our dreams. Then the children hang up somebody else’s dream, and it’s like you saying that you assisted in somebody else’s dream and someone else has assisted you in your dream.

Blavity: I wish I could attend.

MEJ: Man, it’s exciting. My idea is that, as ambitious as it sounds, a lot of kids have that experience in their formative years and in their early teens and if a lot of adults get reminded of that, it could really change how we interact with each other. That’s why it’s so near and dear to my heart. That’s why all the extra money is going toward us having even more workshops, to be able to get even more books to kids. We don’t want socioeconomic reasons to be the reason why a child can’t read a book like this. It just means so much to me to shift culture and how [we] interact with each other. At least that’s my large dream. 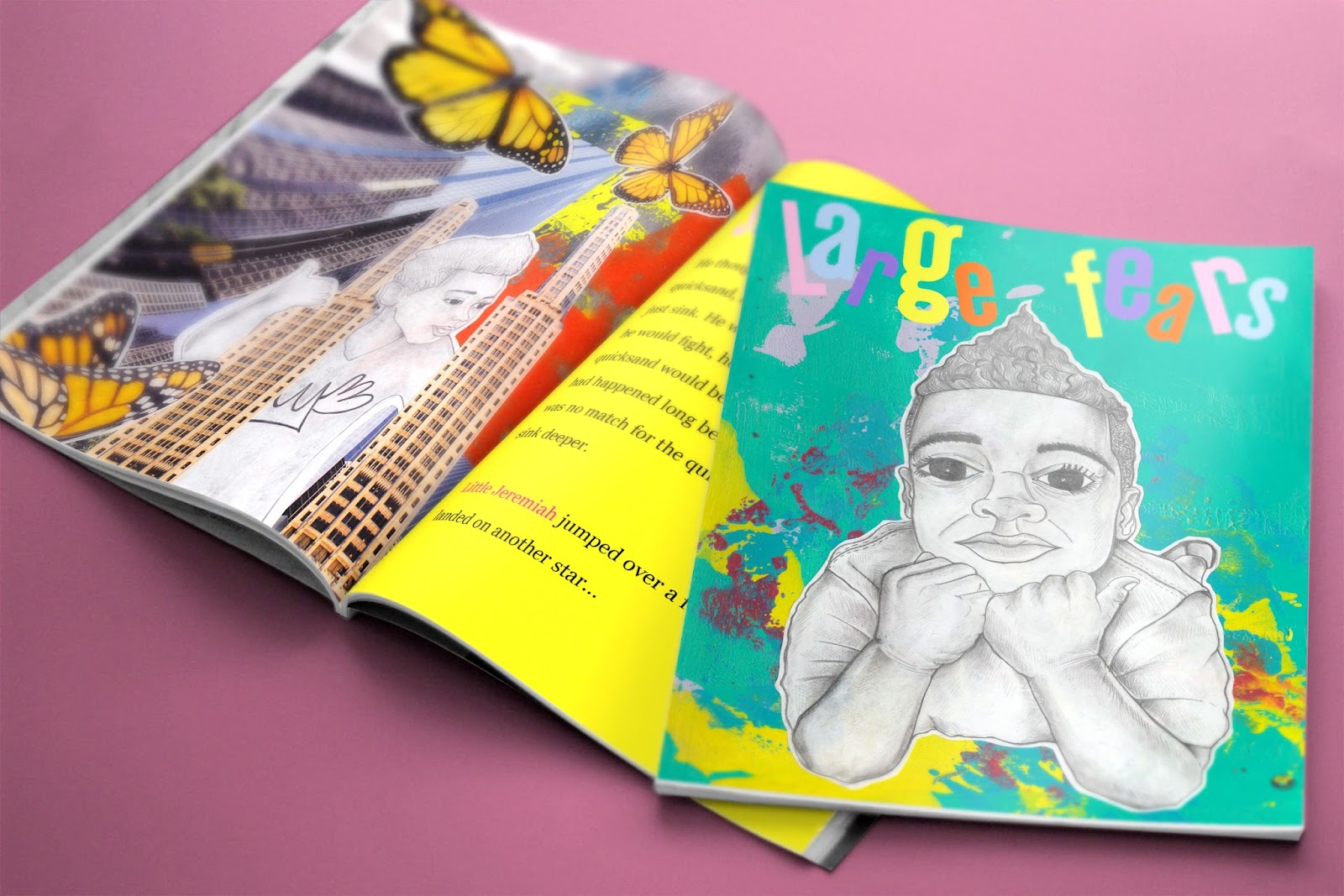