Master P: The Life And Times Of A 'No Limit' Soldier 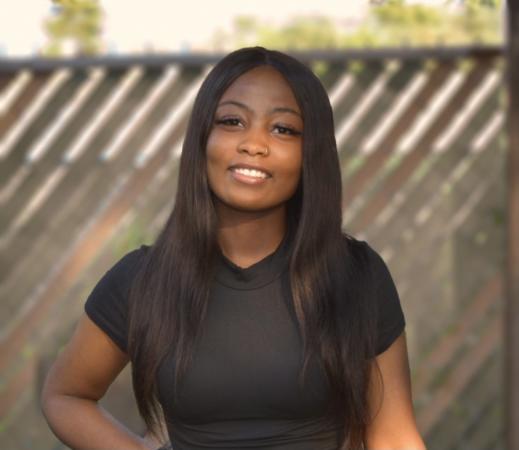 Percy Miller, known as Master P, uncovered an entryway to success in countless industries by utilizing profits from his label, No Limit Records. After signing a distribution deal in 1996 with Priority Records, Miller and his label retained 100% of their masters and received 85% of their record sales. Instead of carelessly spending, millions were invested into telecommunications, a sports agency, food and beverages, real estate and more.

The New Orleans native started his journey as a rapper, but swiftly expanded to being an entrepreneur, playing in the NBA and acting, all while releasing 15 studio albums. Let’s take a look into Master P’s $200 million reign and see why he is Black history personified.

Percy "Master P" Miller and his four siblings were raised by his father in New Orleans, Louisiana, following their parents' divorce. Growing up in poverty, with hardly any food on the table, inspired a young Miller to dream of eventually becoming an entrepreneur.

Miller attended the University of Houston on a basketball scholarship before transferring to Oakland, California, to attend Merritt College and major in business administration. While in college, his grandfather passed away due to medical malpractice, and as part of a settlement, Miller inherited  $10,000 that he used to open No Limit Records, a record store in Richmond, California.

The record store grew in popularity, paving the way for Miller to venture into selling his own music. On Feb. 15, 1990, he released the cassette tape Mind of a Psychopath. After his brother Kevin Miller was killed in New Orleans that same year, Master P was even more determined to provide a better life for his family. A year later, in 1991, he dropped his debut album, Get Away Clean, which was followed by Mama’s Bad Boy in 1992. Two years went by before he released his third studio album, The Ghettos Tryin to Kill Me! in 1994. During the time of his early releases, Miller opened for rising superstar Tupac Shakur.

In 1995, Miller relocated No Limit Records from California back home to New Orleans, where he and his brothers Corey "C-Murder" Miller and Vyshonn "Silkk the Shocker" Miller formed the trio TRU.

From 1995 to 2000, No Limit consistently dropped albums back to back, with Master P promoting the projects by handing out CDs in the hood to gain a solid fan base. This method of guerrilla marketing became one of the most innovative strategies used by hip-hop artists. Two of his bestselling albums were released during that period, Ghetto D, which contained the hit single “Make ‘Em Say Uhh!” and MP Da Last Don.

Balling in the NBA

P. Miller and No Limit Enterprises

After realizing the retail potential of the music industry, Miller built a solid entrepreneurial foundation. The millions made from No Limit Records were instantly invested into No Limit Enterprises, which included a travel agency, film and television production, real estate and telecommunications endeavors, fast-food franchises and many more ventures.

Miller created No Limit Communications, a sports management agency, founded a cable television network called Better Black Television and started a line of beverages, “Make ‘Em Say Ughh” energy drinks. He represented former NFL running back Ricky Williams after he was drafted by the New Orleans Saints, and PM Properties controlled over 100 properties in the United States. 1998 was an excellent year for Miller, as No Limit Enterprises grossed $110 million in revenue. Miller’s motto was to keep upfront business expenses down and profit margins high. He has since expanded to Rap Snacks and essential grocery foods, and he has a net worth of $200 million.

As fans couldn’t get enough of the hip-hop mogul, in 2015, a reality television series centered on Miller’s life, Master P’s Family Empire, hit television screens. The series showed a deeper look into the everyday lives of the mogul and five of his children. Miller sat down with BET Networks to produce a docuseries called No Limit Chronicles in 2020. He and his son Romeo starred in Growing Up Hip-Hop New York but left it because they refused to ‘sell their soul for a storyline.’

If you want to highlight a modern marvel of our culture, we really don't need to look much further than Master P. He is someone who continues to soar, but also doesn't forget his duty to the community.

As we recently highlighted, Master P recently was called upon to be a speaker at the HBCU Leadership Summit in Atlanta. The bevy of knowledge he has to impart on our future leaders is immeasurable. That type of impact certainly exudes Black history.

Blavity U Ambassador Lashaunta Moore is a graduate student at Columbia College Chicago, studying entrepreneurship for creatives. Moore has a bachelor’s degree in media communication, and she’s also a freelance journalist and digital content producer.