Maya Wiley: New York Needs To Be The Greatest City On Earth For Every New Yorker

I love New York City because I know what’s possible.

When I was a little girl, I didn’t dream of becoming Mayor of New York City or running for any public office. However, I did want to fix the injustices of this country. My parents were civil rights organizers and my Dad also founded an activist organization to fight alongside Black women on welfare so they could support their children with dignity. These powerful women were my aunties who, along with my parents, taught me about dignity and fighting for justice. I also learned the hard way — watching my father die — about trauma and how to forge forward despite the pain. It was a devastating experience, but it also inspired me to go on to law school and become a civil rights lawyer.

You see, I also experienced systemic racism, attending my Black, over-crowded, under-funded neighborhood elementary school and watching absentee landlords raise the rents to push out Black people. The word gentrification didn’t exist back then, but I sure felt it. It was all awful. The world was not a fair place and I knew first hand that dignity, respect and justice were something Black Americans had to fight to get. And the world kept reminding me. When I showed up as a fall freshman undergrad at Dartmouth, I was greeted with our student paper's headline, “I Beez a Black Student.”

People will never forget how you made them feel, and I will never forget the pain, humiliation and frustration I felt at Dartmouth. I remember standing in the dining hall with my friends listening to white students in the line talking and joking about the unqualified Black students among them bringing down the quality of their education. It didn’t matter who I was or what I had done to get to Dartmouth, or what I had to offer. All that mattered was the assumption that came with my skin color, and I was made to feel like I didn’t belong. I almost transferred. 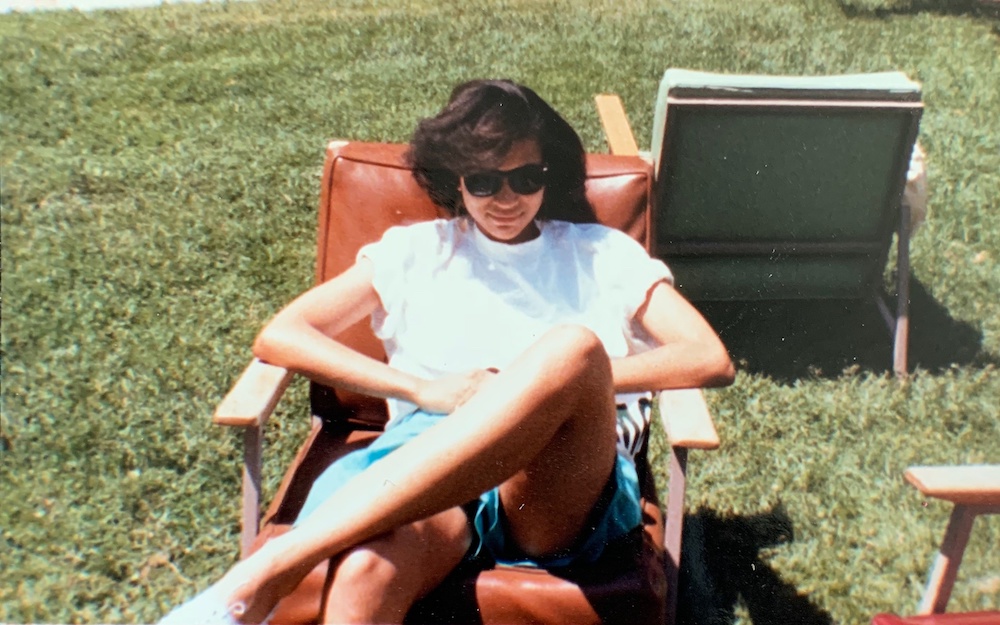 But, instead of letting the humiliation and pain push me out, I shaped it into defiance and began fighting for a place for us on campus. I was an active member of the Afro-American Society, a founding member of Pi Theta Chapter of Delta Sigma Theta Sorority at Dartmouth and joined the anti-apartheid movement. Learning from the activism of my parents and these experiences propelled me into a nearly 40-year-career-long fight for justice. And there was no better place to do this work than New York City — the only city I ever wanted to live in and where I lived as a baby.

I came to Columbia Law School to be a civil rights lawyer and advocate. I fought for justice at the ACLU and the NAACP Legal Defense Fund, went to the U.S. Attorney’s Office in Manhattan to do civil rights enforcement and later founded the Center for Social Inclusion, which I led for 12 years fighting structural racism. I also became the first Black woman Counsel to a New York City Mayor.

Having lived in New York for decades, starting a family and raising two amazing daughters here, I know for Black women what New York is. It is a place for the bold and the brave, but also the fearless and determined. It is the birthplace of Black icons and visionaries like Shirley Chisholm and James Baldwin, the home of hip-hop, graffiti, the Harlem Renaissance and some of the best soul food you can find. It is a city whose art, politics and economy celebrate us, but were also built upon us. It is a city where we are told we can be anything we want, but also overcome all the odds to get it.

Yet, despite it all, I love New York City because I know what’s possible. And as mayor, I want to fight for New York each and every day, because I know who we are and where we've been, but I want my daughters to grow up in the city of what we can be.

If New York is going to actually be the greatest city on Earth, then it also needs to be the greatest place to live for every New Yorker — and that begins with the right kind of recovery. It starts by ensuring we use this pandemic recovery as an opportunity to actually fix what’s broken across this city. It requires us to address all that we’ve lost — the over 32,000 lives lost, mostly Black, Latino and Asian — but also fix what has forced families out of New York City, and kept others behind for generations. That means keeping down rent prices, so every single person can grow up here, and not choose between paying the rent or eating three square meals a day. It means making it safe to walk down the street or ride the subway — and being safe from police violence. That is not going to happen if we keep electing the same men, thinking we’ll get different results. New York does not need an incrementalist or someone without any government experience — we need a changemaker who looks like us. But more important, someone who has the lived experience and the plans that can get things done.

First and foremost, my plan to save our neighborhood’s small businesses will protect our beloved shops and restaurants (a third of which are owned by Black and brown families) that we love and employ half of our city’s immigrants. Next, my New Deal New York will build what needs to be built, and fix what needs to be fixed in this city by investing billions of dollars into repairing our communities and investing in our future.

My Community First Climate Action Plan will address environmental injustice, create more greenspace and ensure NYC is a leader in the fight of our lives. My education platform will hire more teachers to shrink class sizes so teachers can teach and kids can actually learn, and invest in our schools to ensure our students have an education worthy of the greatest city in the world. I have plans to invest in our families, and put money in the pockets of our care workers and your family members. Simply, these are big ideas that require bold action, but they also require the knowledge to get it done. As mayor, I will get it done.

To me, becoming mayor is more than about breaking the gender barrier of 109 men; it’s bigger than that. Black people are leaders, and that includes Black women who get it done every day and in every way. Our moms, our aunties and grandmas, they are the ones who taught us how to lead and look out for others. When I am mayor, I want the girls of this city, and especially the Black girls of this city, to see someone who not only looks like them and has lived like them in City Hall. I want them to see someone who can get it done.

This city should be led by someone who uses their seat at the table to make room for others, not keep others out. This city needs someone with the lived and learned experience of our communities, who will bring about the change needed to make New York City all that it can be, and I will do just that.