The Sundance Institute Episodic Story Lab is a big deal. 13 writers attended a retreat where advisers and industry mentors help and guide each fellow to make their projects better. Creative advisers Chris Brancato (co-creator of Narcos), Kerry Ehrin (co-creator of Bates Motel) and many more were there as support. The industry mentors were executives of networks like HBO, AMC, and Netflix. It's every storyteller's dream. I talked to two of the writers about their experience — Mike Flynn and Eboni Freeman

Before she told stories for TV, Eboni was a ballerina. 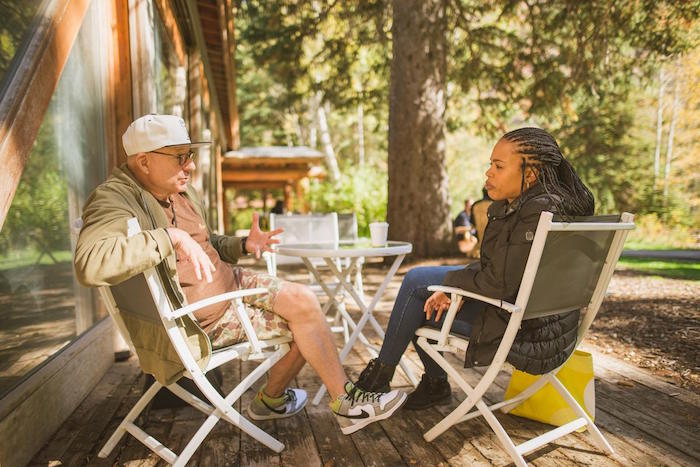 © 2016 Sundance Institute | Photo by Brandon Cruz She said that she trained as a dancer for years, even through college. Her first storytelling medium was choreography. Her desire to tell stories on television didn't come until an internship at Fox in her junior year. She said, "I was in the publicity department, but I was able to read a lot of the scripts of the shows they were having on FX. And that's what kind of sparked my interest."  That summer she ordered a book on screenwriting and wrote her first script

Her project Lovely Women follows a 14-year-old girl, Cori, dealing with the death of her father.

Cori leaves her Midwest home and moves in with her next of kin, two aunts in Compton, California. She told me, "I feel like I can really tell the stories that I want to in TV — about the people that I want to, and people that look like me." Then I asked her about her time at the Story Lab. And she said, "Being there is so surreal because you're in the midst of these writers and showrunners who you've admired. These people were so generous with their time." We closed with two questions. One was about her favorite story of all time. I made sure to stress that the story should be personally valuable before critically-acclaimed. She chose a book "The Friends" by Rosa Guy. "I still can pick it up and read it to this day. It's such an incredible story," she said. The second was about which superpower she'd want and why (a blerd couldn't resist). She said, "To be able to transport my body anywhere at anytime in a matter of seconds. I would love to travel more." I said that she should do a package deal and add time travel. She agreed. Also, she loves Atlanta. Eboni is currently working with Fox Sports

Mike Flynn loved watching The Princess Bride as a kid. 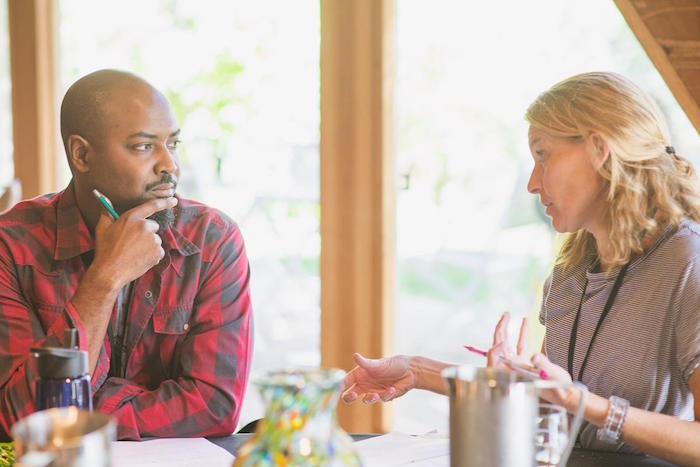 © 2016 Sundance Institute | Photo by Brandon Cruz He said that believes the stories that influenced him as a young boy pushed him towards telling his own. "Just by being inspired by those things, I gravitated towards, 'Hey, I can probably do that. I have something to say.' I guess, maybe, around 18 I dedicated my life to this craft and kept going from that moment." Now his project, Tales Below Dixie, is one of the many works of art he has to show for that decision

Tales Below Dixie is a story about Abraham Redding — a federal agent nearing retirement.

His final investigation is into a right-winged terrorist group in the deep South, and it leads him down a dark trip on memory lane. "There's a lot of things that are happening in our world and specifically in our country — mass shooting and bombings. I was compelled to ask, 'What brought [these people] to that breaking point, to do that in their lives. And what lead up to that point, to get them to commit these heinous acts." Then I asked about him about his most memorable moment at Story Lab. He said, "Taking pictures with the group of advisers that came out...sitting with them and hearing them talking about my script and my project, and how to move forward with it." We closed with the same two questions. His favorite story of all time is, "Goodfellas." "I'm just captivated by that world, and those characters...I can always watch that movie," he said. Flynn says that if if he could have a superpower, it would be flight. "Just to see how the world is, from that perspective. I love having dreams where I'm flying, too." Also, he's really into Black Mirror and Atlanta. He is currently working on a new drama for BET that he couldn't give us too many details on.  All in all, it was a pleasure to talk to both of these amazing storytellers. And I can say without a doubt, that I'm sure we'll be watching their creative visions on television, or whatever medium they choose, for years to come 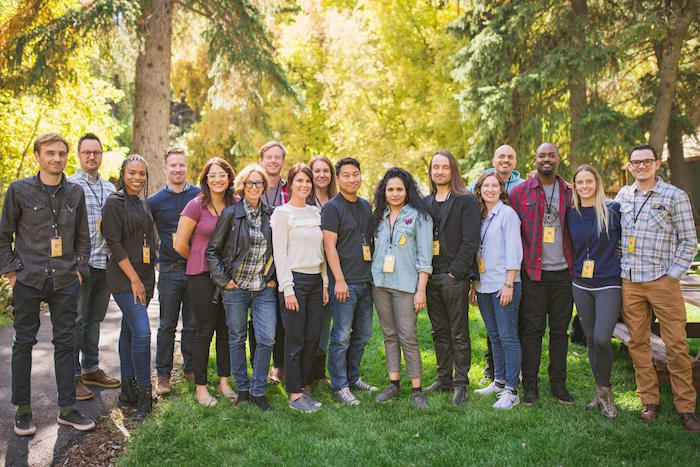