Vital ideas and concepts to improve the great American experiment are stalled by a divided legislature that has immense institutional inertia and power imbalances. 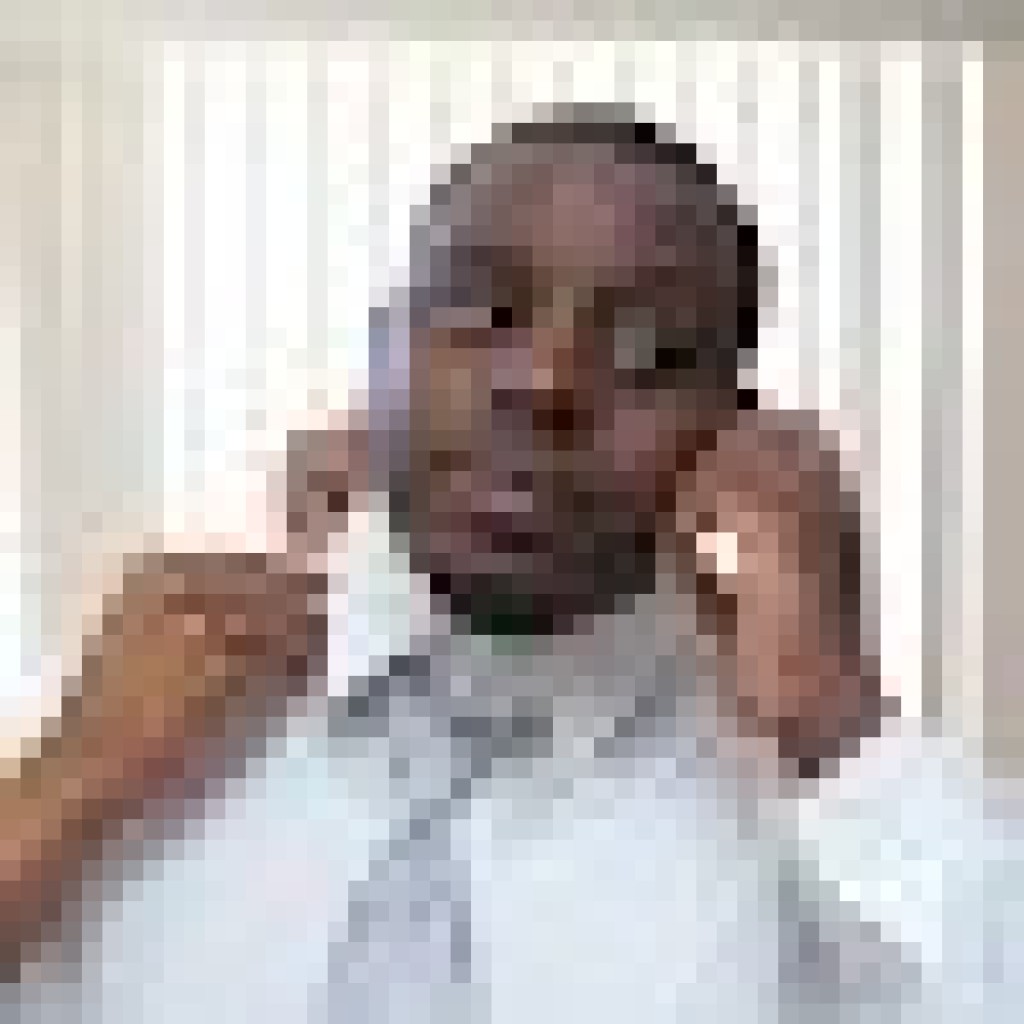 The 2020 Presidential Election demonstrated that there is a massive imbalance in the system of governance at the national level. The electoral college was instituted as a means of respecting the sovereignty of states, but the system creates a situation where the vote of individuals matters more in some places than in others. In addition, we have an immense polarization from state to state. This has led to immense gerrymandering and division that has allowed Republicans to demonstrate an outsized impact as a minority party. One of the significant issues that has been faced is stalling of governmental function within the senate because of the equal apportionment of states. The Republican Party has been extremely reluctant to grow statehood for this very reason. They worry about losing the imbalance of power they have been able to maintain if Puerto Rico was made a state or the District of Columbia was provided a representative. This is despite the reality that the population of these places are greater than some existing states.

While there is clear indication that the United States demographics are changing, there has been a visceral push back against the changing dynamics. This is actually a global issue, particularly in Euro-centric countries, such as the U.K., Italy, Germany and more. Within the United States we have a growing non-white hispanic, Asian and Black population that are not adequately being represented.

Vital ideas and concepts to improve the great American experiment are stalled by a divided legislature that has immense institutional inertia and power imbalances. America is going to change, but the question is if we will make another leap towards the grand vision in the next 50 to 100 years, or within the next 10 years. We have seen incredible improvements with the liberation of the enslaved, the suffrage of women, the civil rights movement, the recognition of diverse lifestyles and more, but we have reached a logjam.

We have massive inequities and economic stratification. There is a growing need to reshape our healthcare systems and our place on the global stage is being challenged. To unify the country we need to be able to do something radical and aggressive to get our country in gear.

This radical and aggressive solution that can remake our american system within the existing system is relatively simple, but ambitious. We simply motivate and provide incentives for more progressive citizens within overwhelmingly blue states and regions to move as a block into red states and regions that are on the cusp of being flipped or converted to blue with some reasonable level of migration.

When observing a few of the smaller red leaning states, it can be seen that they had approximately a 100K to 300K difference in votes when turnout was over 70%. Turnout was up all over the board in the 2020 election where over $14 billion was spent in the election season. It is important to compare the voting numbers of these states to California, where there was a 5 million vote for the Democratic contender for president.

This voter difference is sufficient to overcome the delta in each of these states. Just 1 million eligible voters from California alone would be sufficient to win eight Republican states. This would be 16 senate seats. These 16 seats would be more than sufficient to help maintain a democratic majority that would allow vital business to be done. 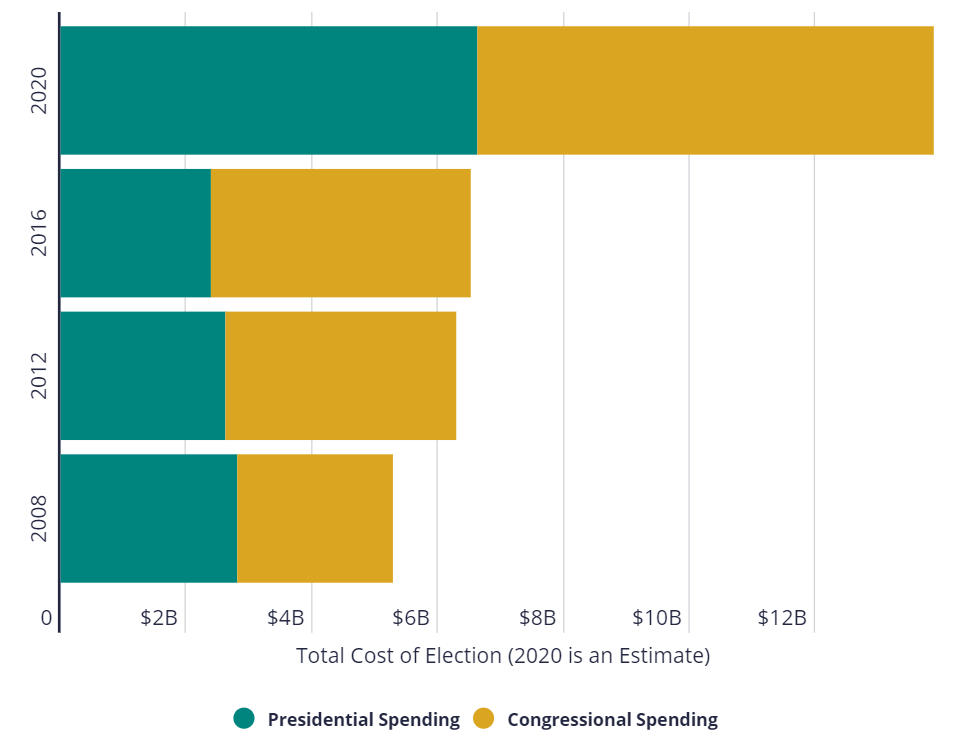 These numbers matter because it is possible to make this hypothetical a reality. Approximately $14 billion was spent in the 2020 election season with most Democrats still voting democratic and Republicans voting republican. There was no blue wave despite the unqualified nature of the sitting president and the inability to pass vital legislation. (COVID relief) Thus, it is beneficial to imagine some of that money being spent to restructure and mobilize Americans.

For the sake of argument, let's say $2 billion can be allocated to the restructuring of America. That provides the ability to incentivize 1 million people to relocate at $1,000 per head. If this is deemed insufficient to mobilize suitable numbers, then shifting to a focus on lower hanging fruits would be the mobilization of 500K for 10 senate seats. This would be $4,000 per head. In the case of striving to maximally motivate a group to capture at least two additional seats from one red state, it is feasible to leverage approximately $13K per head.

This strategy would also be advantageous for swing states. In areas where the margin is often 50,000 or less votes, it would be advantageous to shore up the presence in those areas. This could be a less expensive mobilization endeavor, but would serve to solidify existing democratic presence or more permanently influence purple states. This would definitely be a part of larger mobilization plans within states to mobilize voter turnout. Taking that $2 billion for 4 states in this area would be $10,000 per migration supported and $40k for one state. 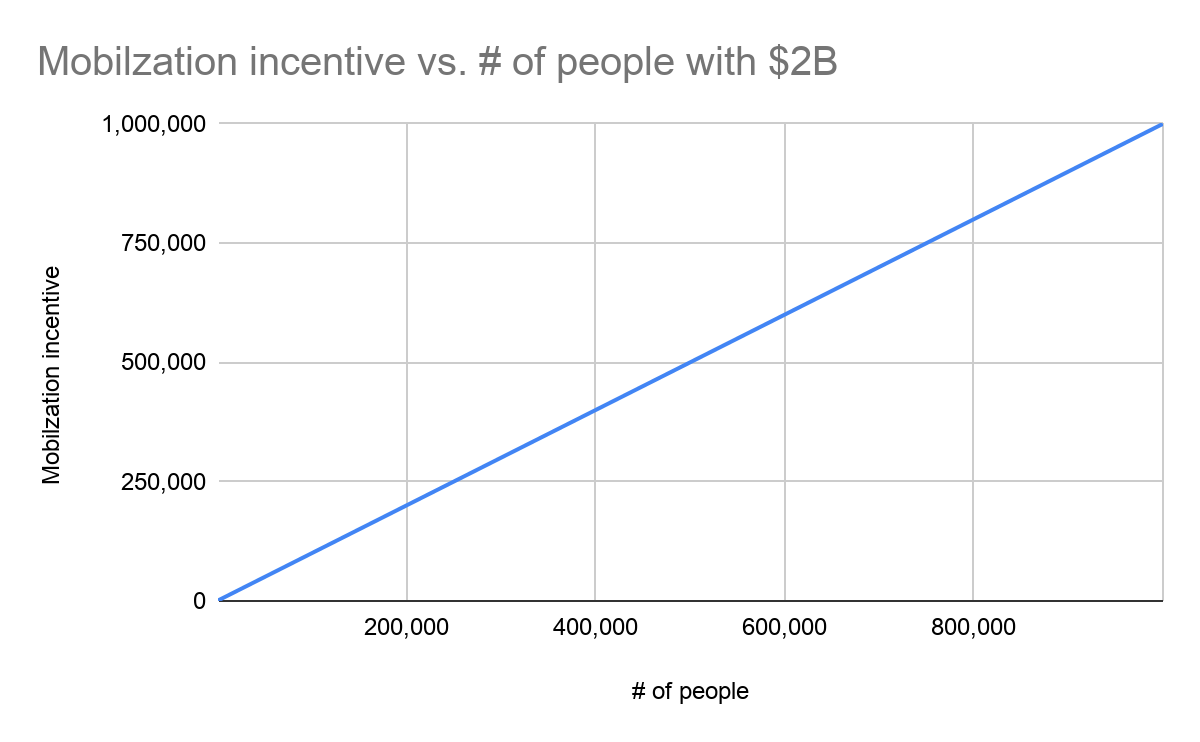 It is important to evaluate these costs from a last mile perspective in the face of very high stakes being hampered by division. How does a $2 billion or even $20 billion investment correspond to the potential return from enacting aggressive and beneficial legislation? According to Citigroup, the rectifying of racially discriminatory practices could net $5 trillion dollars to the U.S. economy in the next five years. According to the Global Center on Adaptation, investment to mitigate climate change can net a benefit-cost ratio between 2:1 and 10:1. In addition, a $1.8 trillion dollar investment would generate $7.1 trillion in net benefits.

In the face of these benefits, it would make sense for active engagement from various parties in the democracy. It isn’t hard imagining how a mobilization effort could have multiple benefits to California. Not only could it better position itself to exert its agenda on the national stage, but could provide some relief to the pressure of rising housing costs. For philanthropists and higher networth individuals, this would be an effective means to create a measurable impact on the highest level of government. It would create an environment for substantial change connected to the initial investment.

To effectuate change at a national level and set America on a new and better path, it is necessary to think radically about what it takes. This motivating of the democratic electorate to better position itself to effect change has very clear benefits, but would also create massive waves. Nevertheless, this is necessary if we want change.