The Nina Simone film we should all be watching

Now that Zoe Saldana has been thoroughly read, we can focus on another important element of Nina Simone's remembrance: Giving her a film that actually authentically depicts her life in its complexity, struggle and brilliance
I saw the Netflix documentary, What Happened, Miss Nina Simone?, which I found demoralizing in its title and horrifying to watch. Once I learned that Simone's daughter actually had a lot to do with the production of that documentary, my horror grew. If you haven't seen it yet, I won't go into much detail. However, giving Ms. Simone's abusive husband a platform — which he used to mostly berate Nina — was an egregious error on the filmmaker's part. I left that documentary feeling like I knew her less than before I'd begun watching it. The Hollywood production can only be summed up as a circus, sensationalizing her life in ways that are just downright false
But did any of you know that there is another documentary, and it's actually fantastic?! Jeff L. Lieberman's The Amazing Nina Simone was so thorough, thoughtful and precise that I reached out to Jeff after seeing it to gain more insight into his thoughts surrounding the film. I found him to be as thoughtful and honest as his film. Check out our chat below: 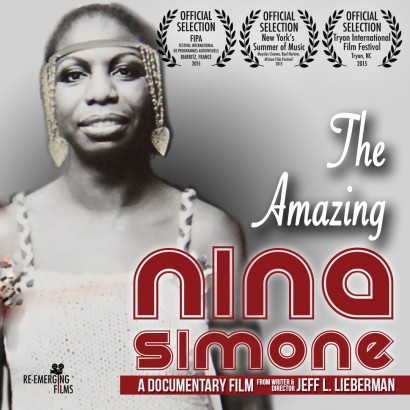 Blavity: Who is Nina Simone to you?

Jeff Lieberman: Nina Simone is an artist like none other. She is fierce and unapologetic. She is unique and unfiltered, giving listeners a true authenticity often unfound in our music universe. She is a freedom fighter, a woman of brave choices, bolds stands, a style icon, a serious risk-taker and uncompromising in her vision of black freedom and equality. She is also a brilliant musician who could take a song and totally make it her own, adding piano flourishes and unique vocal stylings that can induce utter joy or complete sadness. She is an overlooked musical genius, beloved around the world by devoted fans, and someone who has been saying Black Lives Matter since the 1940s, starting in her small Southern town at age 11, to Carnegie Hall when she proclaimed "Mississippi Goddam" at 31 years old and throughout the entire course of her life. As a fierce believer in social justice, she is truly my hero

B: What has her music meant to you?

JL: Her music has had a special place in my heart. It's introduced me to a time and era that I find especially captivating, and given a counter-narrative to the Civil Rights Movement that is hard to find anywhere else. I've danced to her music, sang her music, been consoled, been uplifted, and listened in awe to some of the ways Nina brings life to a song. It's hard to describe exactly why her music touches me, whether it's her sound, tone, lyrics, piano interludes, the deep androgynous lusciousness of her voice or her choice of song, but it's been a big part of my life for the last 20 years 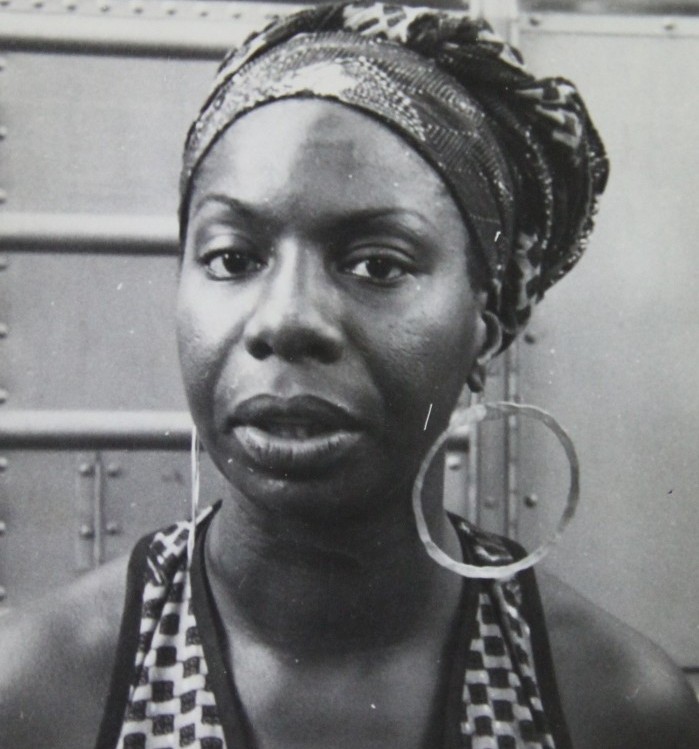 B: What do you hope people take away from your documentary?

JL: My intention with this film was to help tell Nina Simone's phenomenal story, and help bring more context to her music, life and incredible accomplishments. When I discovered Nina's classical music background, her politicization among friends such as Langston Hughes, Lorraine Hansberry and James Baldwin, and her tremendous unrecognized musical role in the Civil Rights Movement, I felt that her fans would gain an even greater appreciation for Nina and her music. One could watch the film and then go home and listen to her music again with new context and knowledge to the meaning of her iconic songs. I also felt that many of her fans often wondered about Nina's behavior and that too often Nina was dismissed as crazy. I felt speaking about Nina's mental illness could perhaps bring compassion and a new understanding to Nina's life, and at the same time, I wanted the film to show that it wasn't just mental illness that drove Nina's bold and controversial choices. I wanted people to understand her bravery and brilliance, and what it takes to truly be an artist that fights for the causes near to one's heart. In 1963, people were not used to a black woman demanding equality and respect, and they certainly weren't used to hearing someone like Nina voice outrage at segregation, racial violence, and economic inequality. It's easy to dismiss Nina as "crazy" or "violent" as often people like to do when they don't know her story or when certain films choose to focus on the most sensational elements of her life.  When you see The Amazing Nina Simone, I challenge anyone to not realize that her defining characteristics were brilliant and brave

B: What was the most difficult part about creating the film? How did you overcome that challenge?

JL: Making a documentary is tough work, and even more difficult when producing it independently, without the strings of corporate or investor interests. Taking on a subject as complex as Nina Simone adds another level. I also wondered if not being from Nina's era or culture would affect my ability to truly understand the nuances of her experience. I also feared that others would have the same question. To add to this, once I began the project, another VERY well-funded production began a competing documentary on the same subject, which posed a whole new set of challenges. Carving a place for the film has been a challenge, but out of the 3 Nina Simone films, I am most proud that I overcame all these challenges, completed the film, and been on the right side of history. The film has been embraced by audiences in over 65 cities, and Nina's fans have heard the TRUE story of Nina's life, career, challenges, ups and downs, as told by over 50 of her friends, family, band members, lovers and fellow activists. That has been no easy task, but every audience member that sees the film and gasps, laughs or sheds a tear has given me a tremendous confidence that we are truly honoring Nina

B: If you could have cast someone to play Nina Simone in the Hollywood depiction, who would it be and why?

JL: Impersonating Nina Simone is a job that I wish on nobody. Nina is a powerful figure, and more complex than any of us will ever understand. Even those who I've interviewed speak about all these different sides and personalities that I'm not sure anyone could ever capture completely. I think it would take an actress of tremendous experience and acting chops to even begin to take on that role.  My best suggestion would be Alfre Woodard, who has proven herself throughout many decades as an extremely strong actor. I would also suggest Viola Davis or Lorraine Toussaint. No prosthetics or dark-skinned makeup would be needed for any of these actors — elements that are a distraction and make a caricature of Nina Simone. It goes without saying that Hollywood has a history of casting lighter-skin actors, and Nina even felt that her dark skin and wider nose were obstacles throughout much of her life, including the reason she was never featured on the cover of a magazine, like Aretha Franklin and Diana Ross, her lighter-skinned contemporaries
There are also plenty of young women who I feel truly "get" Nina (like India Arie) and could potentially capture Nina's height of artistry in the 1960s. However, I think it's important to recognize that this biopic chose to portray Nina in the 1990s, the final decade of her life when Nina was in her 60s. In the controversy over the black-face makeup, prosthetics and casting choice, this is scarcely being mentioned in the press, and this is my larger issue with the film. While I believe Clifton Henderson (whose story "Nina" is loosely based upon) had good intentions when he first began caring for Nina, he ended up isolating her from friends and family, over-medicating her, and taking large percentages of her payments. This is not an uncommon ending for many celebrities of a certain era, and perhaps an interesting story if Nina had not had six other decades of phenomenal musical accomplishments, civil rights stands, and been a symbol for so many people of freedom, pride and artistry. To overlook these moments in favor of sensational drama like Nina brandishing a gun and throwing champagne bottles is not only an insult to her very rich and complex life, but is a blatant white-washing of her achievements as a black woman in 20th century America. It exposes the deep ignorance of the cast, director and production team. Having read the script for the film four years ago, I can say that anyone involved in the production was deeply aware of the choices they were making with this production and should be held responsible.
I love narrative films and have seen great films that portray real people. However, I think the only person who should be playing Nina is Nina. Her story is not fit for the condensing and sensationalizing that are part of the formulaic approach to conventional Hollywood biopics. Nina's story and genius lives on in her performance clips, and anyone who truly wants to know the real Nina should see the real person as told by over 50 of her friends, family, band members, lovers and fellow activists in The Amazing Nina Simone. I say this not as the director of the film, but as a fan.
For More Information About Jeff's Documentary Visit www.amazingnina.com

What are your thoughts about how Nina Simone is portrayed? How would you like to see her story told?

READ NEXT: 12 Actresses who should have been cast to play Nina Simone