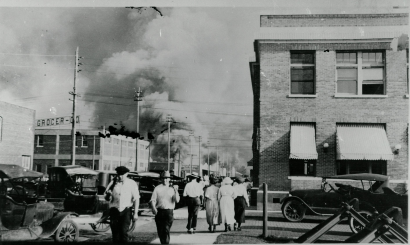 Around 95 years ago, the city of Tulsa, Oklahoma erupted in a large-scale conflict between Blacks and Whites. On May 30, 1921, an encounter on an elevator between two teenagers, one of them a black male, the other a white female, sparked the beginning of the civil unrest. Sarah Page alleged that Dick Rowland assaulted her whilst the two rode the elevator together. This alleged assault coupled with an already racially hostile Tulsa, sensationalist reporting and a wealthy black citizenry in Greenwood (Black Wall Street) was the lighter fluid needed for jealous, hate-filled groups to to set the city on fire.

It all began when a group of armed Black citizens headed to the jail to ensure that Rowland wouldn’t be harmed (a White man was lynched after being taken from this same jail, so safety was a concern). When a White man tried to disarm one of these men as the group was turning to head back home, the events began. Gunfire was sent back and forth, leaving 12 men dead. This fighting expanded and continued as the Black residents were pushed back to their area of town and as families desperately tried to protect their children and family members from raining bullets from various groups out to attack.

Spanning over the course of May 31st to June 1st, the city of Tulsa was lit with violence. Whites members of the community set fire to hospitals, churches, businesses and schools that lined the streets of Greenwood. The National Guard was assembled to “assist” in this conflict between the citizens. Property damages were estimated to be in the millions, thousands of community members were left homeless after their property and possessions were destroyed,, and hundreds of Black residents were reportedly killed. 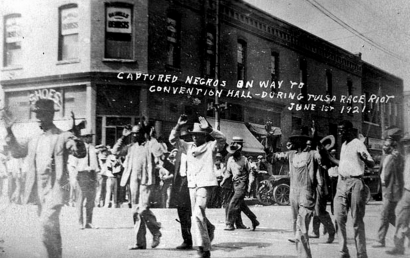 “The term “race riot” does not adequately describe the events of May 31—June 1, 1921 in Greenwood… In fact, the term itself implies that both blacks and whites might be equally to blame for the lawlessness and violence…” said Linda Christensen in an essay about Black dispossession. The anger over a successful Black Wall Street was no doubt fuel that lit the fire that was the attacks on the Greenwood community.

Want to know more? Check out these resources that will shed more light on the Tulsa “Race Riot” of 1921.