Throughout history and in our present era, there are untold numbers of folks who have worked to advance equal justice for all.

In the ongoing struggle for freedom, civil rights, fairness and social justice, it’s sometimes difficult to pause and reflect upon all the progress that has been achieved. While history books and mainstream media may mention the significant names of the movement, there are countless unsung heroes who helped push this nation towards greater equality and a more perfect union. Whether called upon by circumstances, or simply rising to the occasion when faced with injustice, they helped galvanize, organize and inspire others in the process. It is that collective — what I like to refer to as righteous troublemakers — who have fought the good fight, and it’s time that we honor them.

Pauli Murray was the first Black person to receive a JSD degree from Yale Law School, a founder of the National Organization for Women, a priest, a scholar and an activist. In fact, her early work informed Thurgood Marshall’s legal argument for Brown v. Board of Education against school segregation. Before Rosa Parks refused to give up her seat and move to the back of the bus, there was Claudette Colvin who did the same. She was just 15 years old when police hauled her off of a bus, put her in handcuffs and jailed the young teenager for refusing to move and give her seat to a white person.

The names Claudette Colvin and Pauli Murray have been largely left out of coverage of the civil rights struggle, and we must pay homage to their valor. These brave individuals are just two examples of the multitude of social justice warriors that I highlight in my book, Righteous Troublemakers: Untold Stories of the Social Justice Movement in America. They sacrificed, they fought for the greater good and it’s time the world knows their names. 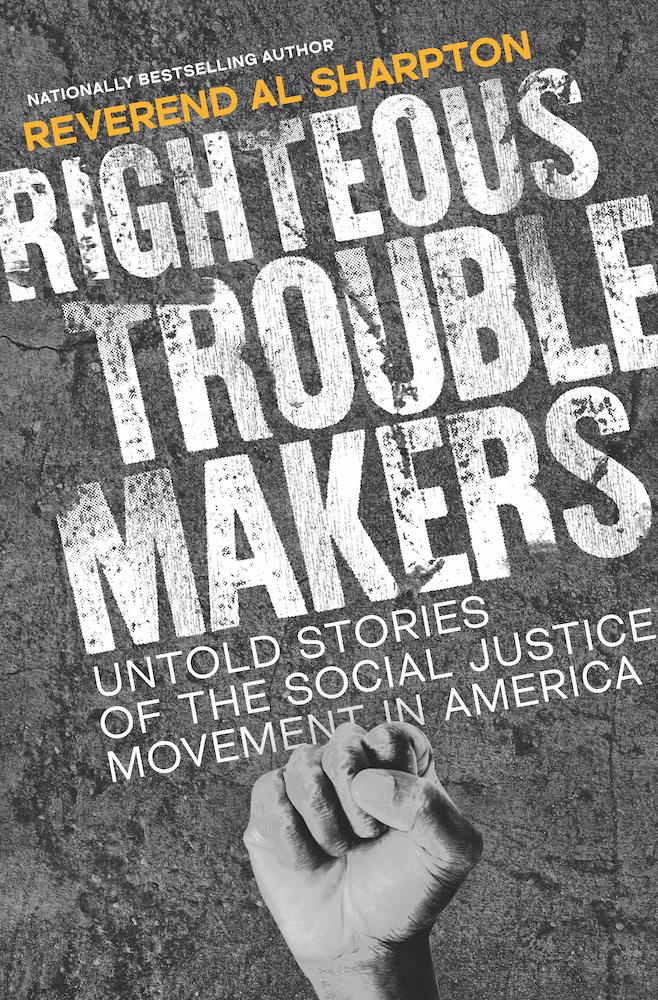 Even in modern times, there are people who have suffered greatly, who then turn around and use that pain for purpose. Gwen Carr, the mother of Eric Garner, is one such example. Garner died after police placed him in a banned chokehold in 2014, and Gwen Carr has been fighting for police accountability nonstop every day since. Despite the many obstacles towards getting justice for her own son, she has marched, organized and spoken out around the country — including in front of the House Judiciary Committee in an oversight hearing on policing practices. She didn’t plan to be an advocate, but when she suffered the most difficult loss a mother can endure, she used her voice to help champion the cause of police reform.

The late great Congressman John Lewis used to tell the world to get into good trouble, necessary trouble. Throughout history and in our present era, there are untold numbers of folks who have done precisely that in order to advance equal justice for all. Whether working in civil rights, women’s rights, LGBTQ rights, environmental justice, criminal justice reform and more, they answered the call, often risking their lives and livelihoods in the process. Righteous Troublemakers: Untold Stories of the Social Justice Movement in America is dedicated to them. Even in some of the darkest moments, their courage, strength, resilience and focus serve as inspiration to us all.

As we assess both the achievements and challenges that remain ahead of us, we cannot forget the work and fortitude that so many have exhibited in the face of such adversity. Sometimes we think, well, what can one person do? The righteous troublemakers prove that even one voice, one footstep marching towards justice can and will bring about change. As the fight for equality, police accountability, voting rights and so much more continues, let their stories uplift and embolden us all. They serve as remarkable examples that you’re never too old or too young to make a difference, and that one can stand tall and defy tremendous roadblocks in the path of equality. Righteous Troublemakers is a reminder of how we can’t stop, won’t stop, until we change the entire system of justice — one courageous act at a time.

Reverend Al Sharpton is a Baptist Minister and Political, Civil Rights and Social Justice Activist based in New York City.