Remember the Scandal episode when Papa Pope reminded us all of our reality as black people? 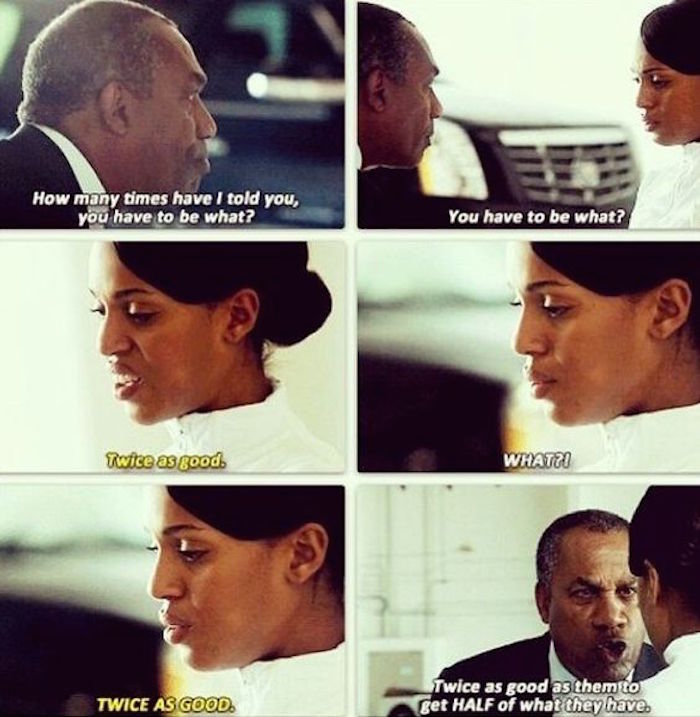 Photo:Pinterest No matter how many degrees we have, no matter how skilled we are, no matter how much experience we have, white privilege seems to trump all. And when privilege prevails, we are asked quietly to watch from the sidelines for those who have advanced ahead of us but aren't half as good as us
We are expected to accept a role in the backseat and be happy with being treated as subpar because after all, there is a common myth that the American dream is for all if you work for it even if there are disadvantages at every corner. Black workers are expected to grin and bear the gut wrenching blow to our confidence as our talent is constantly overlooked because we should be happy that they even allowed us to work in their building in the first place. And, we're told to be satisfied that they allowed us inside the doors of their academic institutions. Apparently, we are asking for too much even if equality is at stake
After watching the spawn of Satan himself, Bill O'Reilly speak earlier this week, I realized how tired I am of playing into the expectations of white privilege

After Michelle Obama's speech, Bill O'Reilly defends the conditions of the slaves who built the White Househttps://t.co/NYgHA56yuW

This week in #stopaskingpermission, I invite you to join me in ending the "happy slave narrative", starting with Bill O'Reilly
What is the happy slave narrative? Between 1936 and 1938 the Federal Writers Project collected interviews from African Americans who were born into slavery. The more than 2,300 stories stretched across the southern territories known as the Born in Slavery: Slave Narratives from the Federal Writers' Project. Collecting ex-slave stories and documenting them as historical pieces of information is a good thing right? Well... The majority of the interviewers were white males 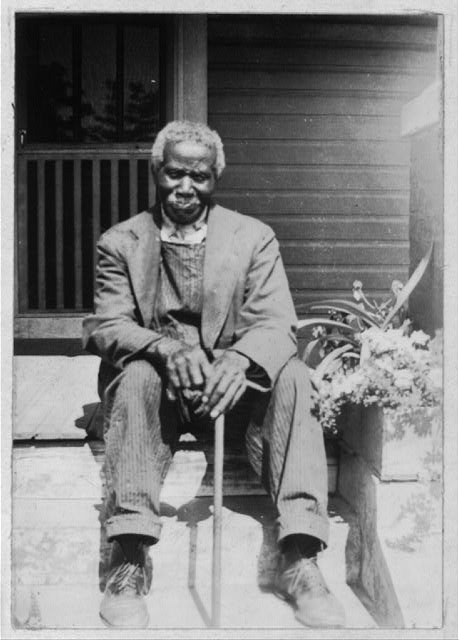 Photo: Library of Congress The interviews were conducted during the Jim Crow era... See where I'm going with this? Afraid of the consequences, many of the interviewees were afraid to report the harsh truth about their brutal experiences. Because of their poor education and broken dialect, many of their stories were difficult to interpret


An excerpt from Sarah Gudger's interview at age 121. 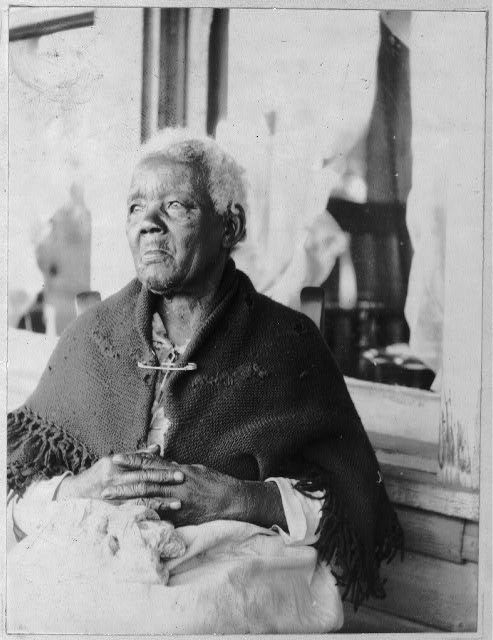 Photo: Library of Congress Their accounts instead came across as cheerful because after all, they were well fed, given shelter, and had jobs
Go along to get along
Sounds a lot like how many of us are living our lives or have at some point. Afraid to speak out about our unfair treatment in corporate and professional environments, you avoid the backlash which in turn could result in you losing a place at the table. We speak with guarded tongues just as those African Americans who were interviewed
America has built its story upon the backs of our people for centuries. In fact, our backs are still breaking. White women are paid more than African American women at all education levels. Even if you are a highly educated black woman, your credentials are not enough to break the racial wage gap. The gender wage gap leave us out because after all, at least we should be happy to have employment even if it is not fairly compensated? You will employ and promote your own while leaving us to sit in the basement or corners because at least we are getting a check right? We tremble with fear in regards to transparency about the blatant and even subtle racism we experience on a daily basis. We are afraid to question the tolerated and celebrated practice of privilege over our proven talent
Paul Laurence Dunbar said it best in his poem, "We Wear the Mask"
We wear the mask that grins and lies, It hides our cheeks and shades our eyes,-- This debt we pay to human guile; With torn and bleeding hearts we smile, And mouth with myriad subtleties
For me, the weight of being black, educated and skilled has become heavier than the pressure of being a woman. As a woman, society will fight for my uterus and the right to vote in elections. America will shout with me as I stand with her to champion the nation's first woman as President. Yet the majority won't march with us to make sure our lives are preserved, promoted and supported. Instead, we're constantly reminded of how long ago slavery ended and to "get over it"
How dare you Bill O'Reilly tell us that we should be happy our ancestors were fed, clothed and provided with shelter? We will forever break the chains you try to wrap tightly around our intellect

Good luck waiting on a "thank you" note
No matter what we do to better ourselves, our very existence is continuously undervalued. When I say her name, Sandra Bland, I think of her outspokenness and willingness to end the happy slave narrative. When I say her name, Donna Brazile, I think of her argument that race is never neutral and her closing the chapter on the happy slave narrative. When I say her name, Michelle Obama, I think of how she wakes up in a house built by slaves and why her history lesson on a national stage is what we needed to hear this week. The great poise and fearlessnesses of our people are enough to stop contributing to the happy slave narrative
I close by saying #stopaskingpermission to be more, do more and achieve more. Stand up for who you are. Acknowledge your achievements when others refuse to. Don't be afraid to move on to a place that will celebrate you. The happy slave narrative can no longer speak for us. Same narrative, different translation. We've climbed mountains, and it is unacceptable for anyone to try and undercut our strides. When we realize whose backs we stand upon, whose shoulders carried us through to this point, we will realize that we don't need permission to be anything less than bold