I recently became a mom of 3. My eldest children are little girls, and I remember feeling extremely overwhelmed, yet excited about their pending arrivals. My life was forever changed – in the best way! Sugar-coating is not my ministry, so I won't even pretend that I wasn't afraid or that motherhood wasn't a huge challenge. My husband and I were adjusting well as parents of two young girls. And then we got the news that we were expecting a third — we soon learned we were having a son
We had our fingers crossed that maybe the third time would be the charm and we would be blessed with a son, and if not, we would be completely fine with it. I still remember the day we found out that we were indeed having a son and we were so full of joy and excitement
But then, the more I racked my brain, that excitement turned to immediate concern
Social platforms were not as popular during my first pregnancy, so there was no immediate access to all the horrible things happening in the world. We pretty much knew of mostly what the mainstream news reported, what we personally experienced, or the things that occurred closer to home. Now, with the rise of social media platforms and smartphone use, police brutality has dominated our conversations, and rightfully so. The Trayvon Martin case, one of many, hurt me to the core. All I could think about was the pain of his mother. I didn't want to imagine what it would be like to walk a day in her shoes. Not even for a second 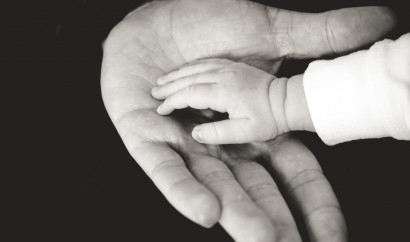 
Black mothers, have you experienced similar feelings? Comment below!