Why can't y'all ever let us enjoy things in peace?

This op-ed was submitted from a member of our enthusiastic community of readers. If you’re interested in sharing your opinion on any cultural, political or personal topic, create an account here and check out our how-to post to learn more.

Summer 2019 has been a summer for the books, mainly due to the rising star of Houston’s own Megan Thee Stallion. The Fever rapper has coined the phrase "hot girl summer,” which has taken over everything, becoming a staple in defining one's every move this hot season.

The beauty of hot girl summer is that anything goes. Whether you’re driving the boat (an act of pouring liquor down someone's throat and vice-versa), with your girls at the club or boo’d up all summer with your bae, you are in fact, exhibiting hot girl and hot boy behavior.

But here’s my problem: while I love what hot girl summer stands for, I hate what it has become. In case you forgot, the sole purpose of hot girl summer was to encourage all the hot girls and hot boys to live their best lives this summer, while being unapologetically them.

However, for whatever reason, it has turned into a competition between the hot girls and city boys — a term created after the rap duo City Girls. This entire summer has been filled with viral videos of men pleasing women on the beach to men kicking women out of their cars, which has resulted in an unofficial and un-needed competition with the two vying for points. While I get the sentiment, deep down in my heart of hearts, I truly do not believe that this is what Hot Girl Meg wanted us to be doing.

As she said, after all, hot girl summer is about having fun, and how is trying to prove betterment and superiority to men fun? How did we allow them to make it about them? Better yet, how did we allow ourselves to get sucked into this continuous warp of foolery? I get that it’s fun and games and that’s great, but if being a hot girl means living your truth, then I’m sure vying for male attention doesn’t fall under that category!

If that wasn’t enough, to make matters worse, our beloved hot girl summer has gone mainstream, with several brands using the catchphrase in their marketing ploys and several mainstream publications writing think pieces breaking down the hot girl summer meme.

While Meg may be about inclusivity, here’s why I’m not. These same brands who are using her phrase in every email blast out and product roll-out, are the same brands who do not consider Meg — or women who look like Meg — a part of their demographic, as far as consumers go. Wendy’s is on their capitalism train by dubbing their lemonade as the “official drink of hot girl summer.” Companies like Forever 21 and Maybelline have both sent out PR emails referencing "Hot Girl SUMMAH” being the move, topped off with a “PERIODT!” And for whatever strange twist in events, DuoLingo hopped on the bandwagon posting pictures of their hot girl summer. 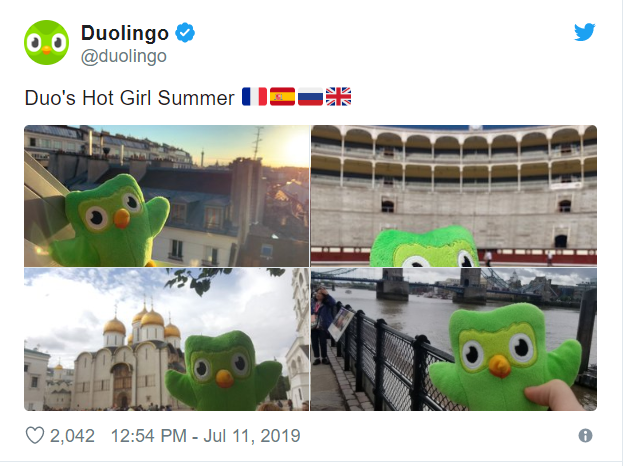 As if that isn't annoying enough, none of these companies and brands have even offered to cut Megan a check, offer a sponsorship or endorsement deal to her. Where is Megan's check? The misuse of hot girl summer has gone so far that the Hotties have encouraged Meg to trademark the phrase, which she reassured was underway and about time!

I think it’s time for folks to come to the realization that you can enjoy things without necessarily partaking in them! Hot girl summer is a vice set up to embrace female empowerment, independence and encourage solidarity. It is not a platform used to push the city boy agenda! So to reverse this spirit of competition and act as allies, I need all the city boys and all of mainstream America, to sit back, smile and let women — especially Black women — have and enjoy this one thing! Is that too much to ask? I don’t think it is!