Why I Find It Challenging To Raise Confident Black Girls In The Age Of Lizzo, Cardi B And Others

When common sense and decency collide with excess and ignorance.

Do we really want our girls and young women to emulate Lizzo or Cardi B? After all the talk about Lizzo’s indecent exposure at the Laker’s game and Cardi B’s over-the-top $500,000 birthday gift antics, I thought I would weigh in on the madness!

I believe in Black woman magic, but as a Black woman who empowers girls and young women to have self-respect and a moral compass, I am appalled at many of today’s media role models getting away with behavior that should outrage us, not make us giggle or “play it off.” The idea of Black women following their dreams and achieving is admirable. What I have issue with is how some believe their celebrity gives them permission to disrespect humanity, think they are above judgement or are entitled to a pass. I am even more outraged that society continues to accept, promote and rationalize unacceptable, offensive behavior and bad decisions, attempting to combine them with positive concepts. (i.e. Being comfortable in your own skin, whatever shape, size or color.)

We seem to be forgetting about the damaging affects the distasteful messages can have on impressionable girls’ self-esteem and respect, their sense of what’s right and wrong, and their sense of decency. Two current examples: Lizzo baring her ass at a public event and thinking it’s OK, and Cardi B’s excessive birthday gift to husband, Offset.

In the case of Lizzo, when called out for her lewd behavior she had the audacity to tell people what they could do if they didn’t like it. Sadly, the spectacle that the singer is (not all negative, I'll admit) reminds me of the story of Sara Baartman, "best known of at least two South African Khoikhoi women who, due to their large buttocks, were exhibited as freak show attractions in 19th century Europe under the name Hottentot Venus." On the other side, we have Cardi B ignorantly flaunting her wealth on social media, giving a "little something something for the birthday boy," her husband.

These are only two examples of negative images, influences and messages our society currently sanctions and glamorizes. It’s time to counteract this kind of crazy and let our girls know that this type of behavior is improper and not to be glorified or copied.Giving Black girls and young women a moral compass, along with a dose of decency, is long overdue, and is becoming more and more challenging!

There is a time and a place for everything! We must be more critical about what we allow to be marketed to our girls (and boys) in the name of “entertainment.” If we want our girls to become confident, competent, self-respecting young women, we must counteract negative images, messages and influences they face each day by making self-love, self-esteem, self-respect and self-worth the louder voices for our girls.

Girls are our Creator’s most precious gifts and they must grow up surrounded by powers of example (not bad examples) and encouraged to grow in healthy ways.

My empowerment brand for girls of color, Got It Goin' On, uses a personal growth and development handbook, Got It Goin' On-II: Power Tools for Girls!, along with technology, workshops, curriculum training, keynote speaking and the  Got It Goin' On® Girls Alumnae, as tools to combat the challenges and negative messages girls and young women face every day. 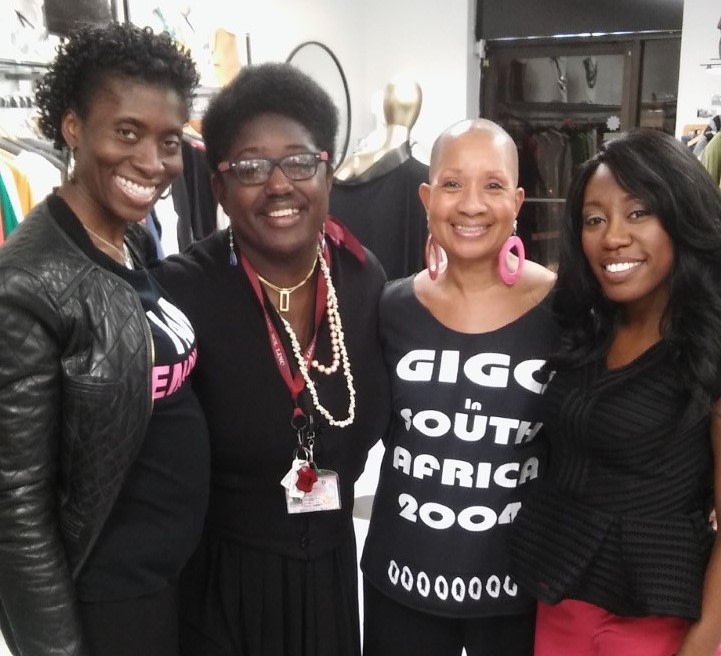 Janice Ferebee, MSW, has been recognized by Oprah and Essence. She is a global female empowerment expert, author, international speaker/storyteller and elected official.