Why Travyon Martin’s Mother, Sybrina Fulton, Just Might Be The 2020 Presidential Candidate We Need

"So, if endorsing a candidate with minimal political background is possible, why not choose someone who is an average citizen, impacted daily by policies implemented by those in government?"

As celebrities are placing their bid to run for the Oval Office, it's time to ask ourselves who would make a great President of The United States. A lot of celebrities, like Kanye, believed that President Trump’s political rise meant for him, a rapper from Chicago with a background that is not very political, that he could one day serve as the leader of this nation. In line with that same idea, Oprah has also been suggested.

The current trend of advocating for celebrities to become president is not a new idea and has been suggested throughout time. However, one thing that having a celebrity like Donald Trump in office shows is this: If given a chance to relate to an audience, there is potential to rise into a higher power.

So, if endorsing a candidate with minimal political background is possible, why not choose someone who is an average citizen, impacted daily by policies implemented by those in government? Why not endorse a person who has been subjected to the failure of proper distribution of systematic justice? Why not endorse Sybrina Fulton?

Sybrina Fulton raised her sons in the Miami-Dade area of Florida, which according to the U.S. Census Bureau has a fair ratio of all demographics, such as 18.3 percent African American , 68.6 percent Hispanic, 78.6 percent Caucasian and less than five percent of other races. Living in an area with such diversity would make a person equip to understanding other cultures and learning to have a universal view of different topics. And according to sociological predictions, a person in more diverse communities adopt a more universal acceptance of others. 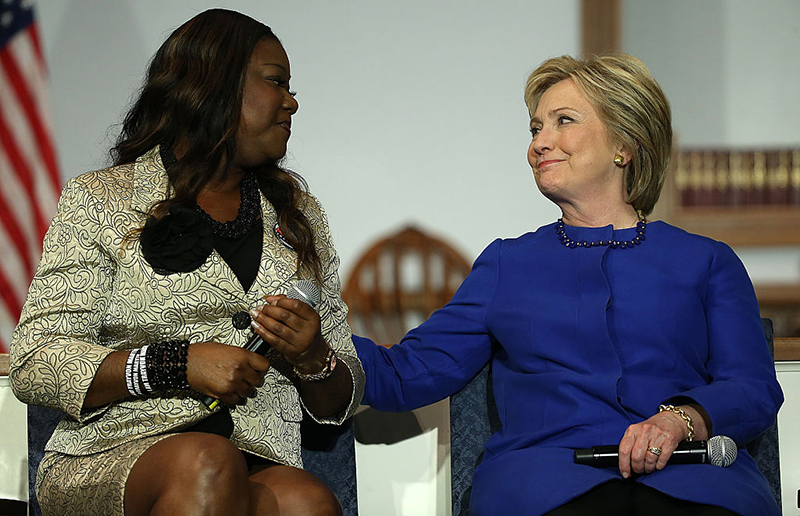 Sybrina Fulton has also used her platform to encourage other mothers, such as Michael Brown’s mother, Lezly McSpadden, and Jordan Davis’ mother, Lucy McBath, whose children were victims to horrific situations similar to her son, Trayvon. Both McSpadden and McBath have expressed political career interests. So, the idea of Fulton throwing her name in the hat as well would not be a foreign concept.

Through her work of creating a platform to create change in the system, Fulton's built political connections with luminaries such as Hillary Clinton. Perhaps, if she were to run for a political office, she would already have a strong endorsement from a well known politician.

Trayvon Martin’s story made way for social media activism and created a new generation of activists. The three women founders of the Black Lives Matter Movement have often credited that trial to the awakening of a new age. The BET documentary also did a phenomenal job explaining how indebted the trial was in not only culture, but politics.

Fulton also looks like the demographic of voters that are waiting for a candidate to truly represent them — 95 percent of Black women who voted for Hillary Clinton in the last presidential election.

Fulton's story is a real American story, but sadly, one that doesn’t get talked about until it's on a news segment. For a woman who has chosen to share her son’s story with the world and use it to uplift others, she deserves a large platform, and if she chooses to run towards the Oval Office, I will endorse.