Why Zoom Hacking Is No Doubt Cyber Terrorism Against Black People

The digital environment is not the most safe space for Black people.

In just over two months everything, including school, church, Saturday brunch parties, visits with our grandparents, doctor appointments and work (for those of us who can work remotely), has moved to video chat. But over the past few weeks, we’ve seen Black people become the target of racist attacks on Zoom, one of the most used video chat services in the world. 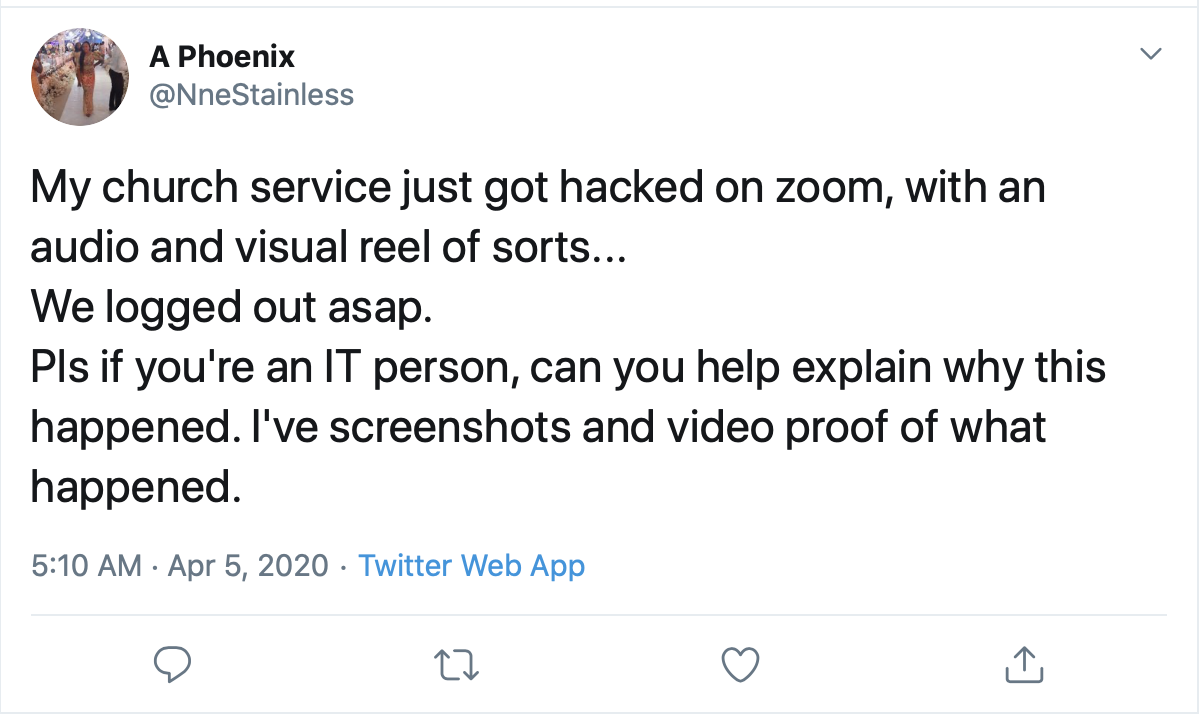 It’s called “Zoombombing,” and in just the last few days, Color Of Change members and allies have flooded us with stories of hackers yelling “N****r” in the midst of middle school classes, replacing Ph.D. dissertation presentations with pornographic images and sharing images from Nazi Germany during activist teach-ins. They’re not isolated instances either — thousands of people are gathering on message boards and private chats to target Black folks with racist language, violent images, and threats of rape and murder. 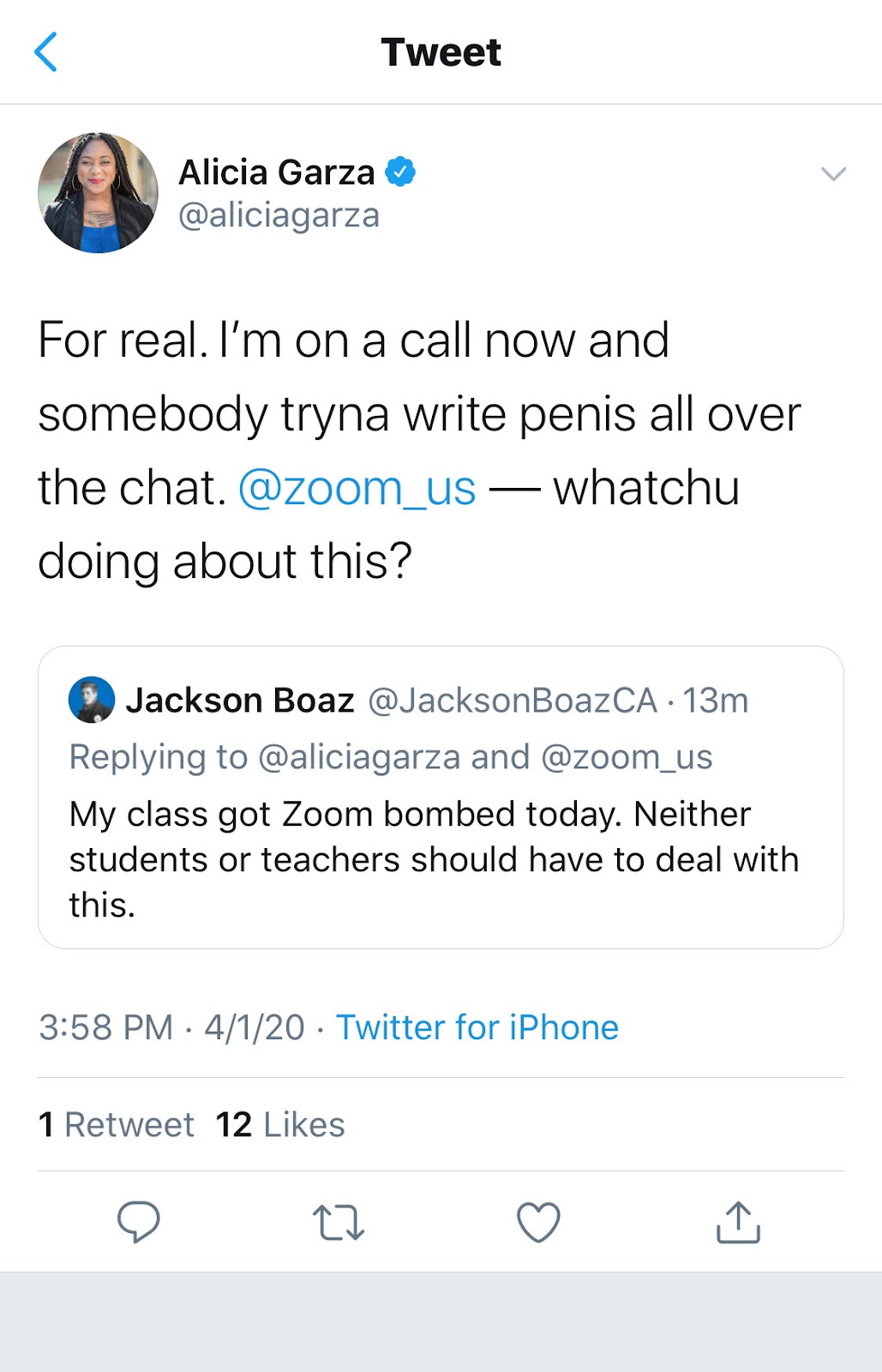 The digital environment is not safe for Black people, so this week in #TheBlackResponse to COVID-19, we’re using our collective power to demand that Zoom develop a plan to combat racial harassment on its platform.

Here are a couple of quick things you can do to help protect our community in the digital space:

Sign the petition demanding Zoom create a real solution to this problem. After 30,000 people signed our petition demanding Zoom take action, the company updated its guide with an apology and plans for security updates. But these “Zoombombers” aren’t random interlopers, they’ve organized in the thousands to terrorize Black people online. We need Zoom to develop a plan to deal with this targeted harassment. Will you join us in this fight?

If you’ve been the target of racist hacking on Zoom, share your story. In the past two weeks, we’ve heard from dozens of Color Of Change members who have shared their stories about having women’s bible studies, meditation classes and happy hours disrupted with racist language. We want to hear your story too. When our stories are out in the open, we can support each other and demand the change we need.

Let’s call it like it is. Color Of Change member Dr. Dennis Johnson explained it well: “These trolls are not innocent ‘party crashers,’ they are cyberterrorists: using racist and offensive language to demean Black people and disrupt any sense of normalcy that we create online.”

In this time of increasing fear and anxiety, Zoom’s choice to place the onus of stopping racial harassment on Black users, telling us to block hackers ourselves, is just plain wrong. 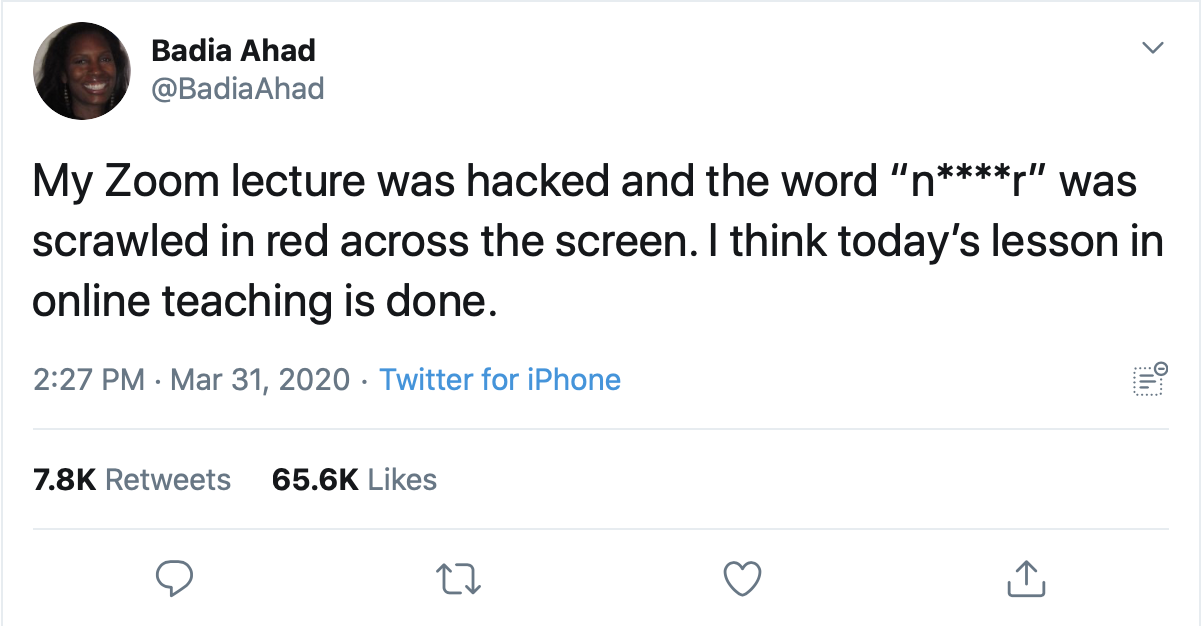 Too often Silicon Valley tries to catapult us into the future with new products that drag us into the past. White supremacists in our country have often hidden behind white hoods, and now they’re hiding behind anonymous usernames on online platforms. We know this fight against Zoom can be successful because we’ve done it before. We’ve demanded better protections against misinformation and changes to predatory ad policies on platforms like Twitter, Facebook and Google — and we’ve won.

Black people are some of the strongest leaders in the fight to push the Big Tech companies to make their platforms safer. Nothing can stop us when we stick together.