May they be seen.

Criminal justice reform is not anything new. However, since Kim Kardashian managed to persuade 45 to free Alice Marie Johnson from prison earlier this year, she's somehow started to receive credit for a fight she did not begin.  When it comes to fighting for change with our criminal justice system,  it's one that has long been led by strong Black women. It's time to put some "respeck" on the names of those bold, fierce and resilient Black women who've made it their responsibility to advocate against the system of oppression that is America's criminal justice system.

Some of these women have experienced prison firsthand, some have family members who were wrongly convicted, and some just decided to jump into the fight before Kim K presented her stance on the issue in 2018. Regardless, these Black women deserve some recognition for their dedication to reform the criminal justice system. 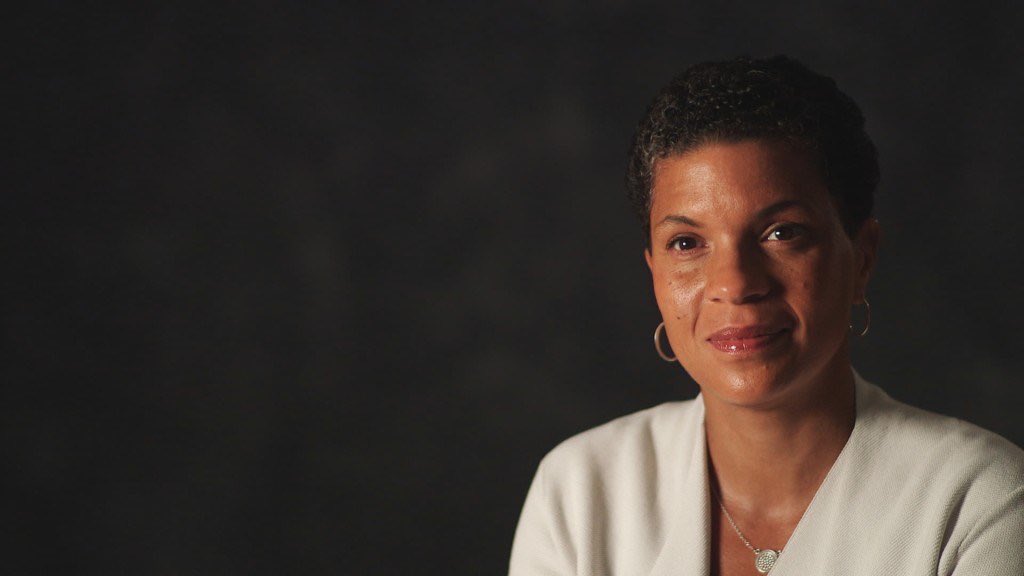 Civil rights attorney, social justice activist, and best-selling author, Michelle Alexander's eye-opening and notable work, The New Jim Crow: Mass Incarceration in the Age of Colorblindness, has been called the "secular Bible of the social movement." An interview subject in Ava DuVernay's 13th, Alexander's commentary in the documentary analyzes the corruption of America's criminal justice system.

During her Tedx Talk conversation in 2013, the Union Theological seminary professor addressed the blunt reality of mass incarceration as a system of "millions of people, often poor people and people of color, locked in literal cages, often treated worse than animals, and then upon their release, they're stripped of the basic civil and human rights supposedly won in the civil rights movement." 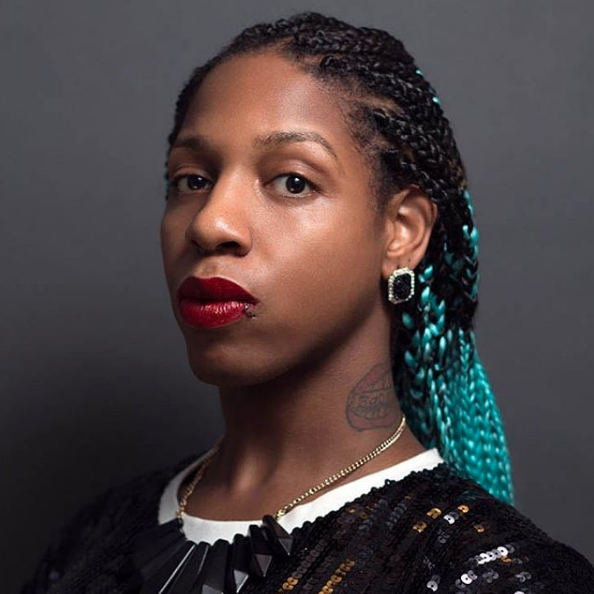 In June 2011, CeCe McDonald was on her way to the store — minding her own business — when a man shouting racist and transphobic comments attacked her with a glass bottle in Minneapolis. The artist and LGBTQ rights activist retaliated by stabbing the man with scissors, and this resulted in his death. McDonald pleaded guilty on her charge of second-degree murder and was sentenced to 41 months in a men’s prison. While in prison, McDonald’s name graced social media via the hashtag #FreeCeCe, sparking a dialogue around the need for more conversations surrounding transgender rights. She was released after 19 months, due to good behavior.

In 2016, actress and LGBTQ rights activist Laverne Cox co-produced the documentary Free CeCe! The film draws necessary attention to the systemic social ill of transphobia that ultimately led McDonald to prison. It also empowers others to join the movement and stand up against hate. Since her release, CeCe has not let up on her activism, not only advocating for trans rights but also to end the prison-industrial complex. 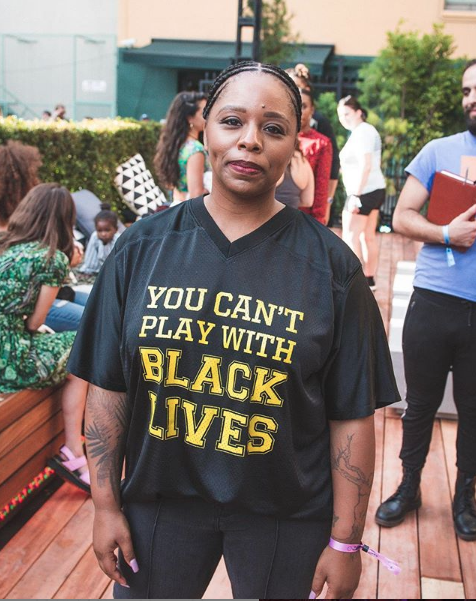 Patrisse Cullors rose to prominence as the co-founder of the movement that has forever changed the conversation around race in America: Black Lives Matter.

In April, Cullors wrote a poignant piece for the Los Angeles Times about how her older brother's jail sentence — which occurred almost 20 years ago — has continued to impact her family even today. She credits the aftermath of the prison abuse her brother endured as one of the reasons behind her launching the now-infamous movement.

"Certainly it's one of the reasons I founded the advocacy group Dignity and Power Now in 2012 and co-founded the Black Lives Matter movement in 2013. It's also why, this year, I'm pushing to get a critical jail reform measure on the November ballot," the activist wrote. 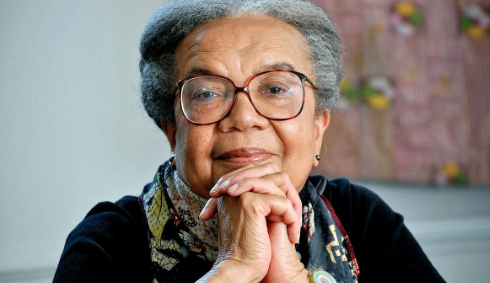 Marian Wright Edelman founded the Children's Defense Fund (CDF) in 1973, an organization that improves policies by advocating on behalf of children. Nearly 35 years after starting this organization, Edelman and the CDF launched a national summit to confront “America’s cradle to prison pipeline crisis.” The summit, which took place at Howard University, addressed the "national catastrophe" of mass incarceration among communities of color. It ultimately served as a “call to action to dismantle” the racially biased system that has continuously put black and brown children at a greater disadvantage than their white counterparts.

“Incarceration is becoming the new American slavery and poor children of color are the fodder. We must act now to stop the growing criminalization of children at younger and younger ages," she stated.

The 79-year-old trailblazer is not new to this; she is more than true to this. 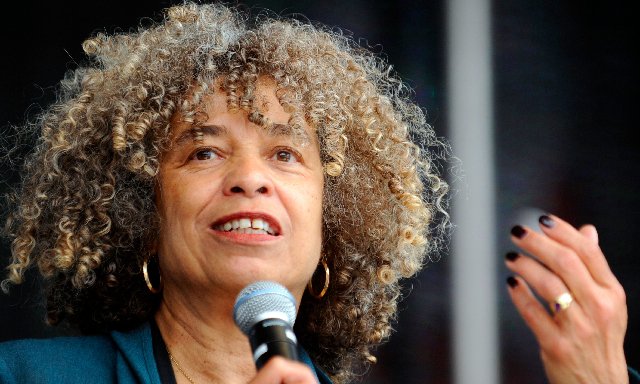 Angela Davis has been advocating for criminal justice reform for decades.

In 1970, the avid feminist and civil rights activist chose to support three Black inmates  — George Jackson, Fleeta Drumgoole and John Clutchette — who became known as the "Soledad brothers," after they were accused of murdering a white correctional officer.

She went on to become a part of the Soledad Brothers Defense Committee, in order to help fight against the "wrongful conviction for the murder of a prison guard," according to Lifetime. In August 1970, during one of the brother's trials, there was an armed escape attempt that resulted in the deaths of several people. Because the guns used in the incident were registered in Davis' name, she faced multiple, charges including attempted murder. Then on October 13, 1970, Davis was arrested in Manhattan, and she remained in prison for 18 months before being acquitted.

Decades later, Davis began actively traveling the country, giving lectures around her thoughts on prison abolition. “My question is, 'Why are people so quick to assume that locking away an increasingly large proportion of the U.S. population would help those who live in the free world feel safer and more secure?” the social justice activist and current UC Santa Cruz professor once asked during a lecture. In 2013, she published her book Are Prisons Obsolete? which argues her point that the abolishment of prisons would be more effective than prison reform, Politico reports. She refers to today's prison reform movement as the "21st-century abolitionist movement."

Check out a lecture Davis delivered, in which she raises the question, "What happens if the system can't be fixed?"

When excluded from the conversations that directly impact our community, the relevancy of those discussions are invalidated. However, we can't afford for history to be whitewashed history any further. It's not only important for us to remember the incredible work of these Black women, it’s also absolutely imperative that the fruit of their labor is uplifted, shared and applied, in order to make the potential changes we wish to see in our criminal justice system.

May they be seen.