They Weren't Too Keen On The Idea Of The COVID-19 Vaccine. Here's Why They Got It, Anyway.

We spoke to an influencer, rapper, newspaper editor and travel specialist about why they chose to end up on the other side of the pandemic.

Vaccine hesitation has been a widespread issue throughout the United States since COVID-19 vaccines were first announced near the end of 2020. Initially, the resistance leaned more on the political end of things with former President Donald Trump taking questionable stances on the virus and vaccine. However, as Moderna, Pfizer, and Johnson & Johnson began producing the inoculation, fear of the unknown shook the Black community at large, who primarily cited a lack of trust in the American healthcare system among other concerns.

In the summer of 2020, the National Urban League produced a report that showed that Black people are three times more likely to get COVID-19 than their white counterparts. According to the Centers for Disease Control and Prevention (CDC), there have been 703,699 COVID-related deaths in the United States as of Oct. 8. The COVID Racial Data Tracker reports that Black people represent 15% of COVID-19 deaths where race is known, and die at 1.4 times the rate of white people. CDC vaccine data reports show fully vaccinated people are 11 times less likely to die from COVID and 10 times less likely to be hospitalized from complications related to the virus. Yet, Black folks in the United States make up about only 10% of the population who has received at least one vaccine dose.

Blavity spoke with four Black folks who, once hesitant about getting a COVID-19 vaccine, decided to roll up their sleeves for the greater good, and their own. 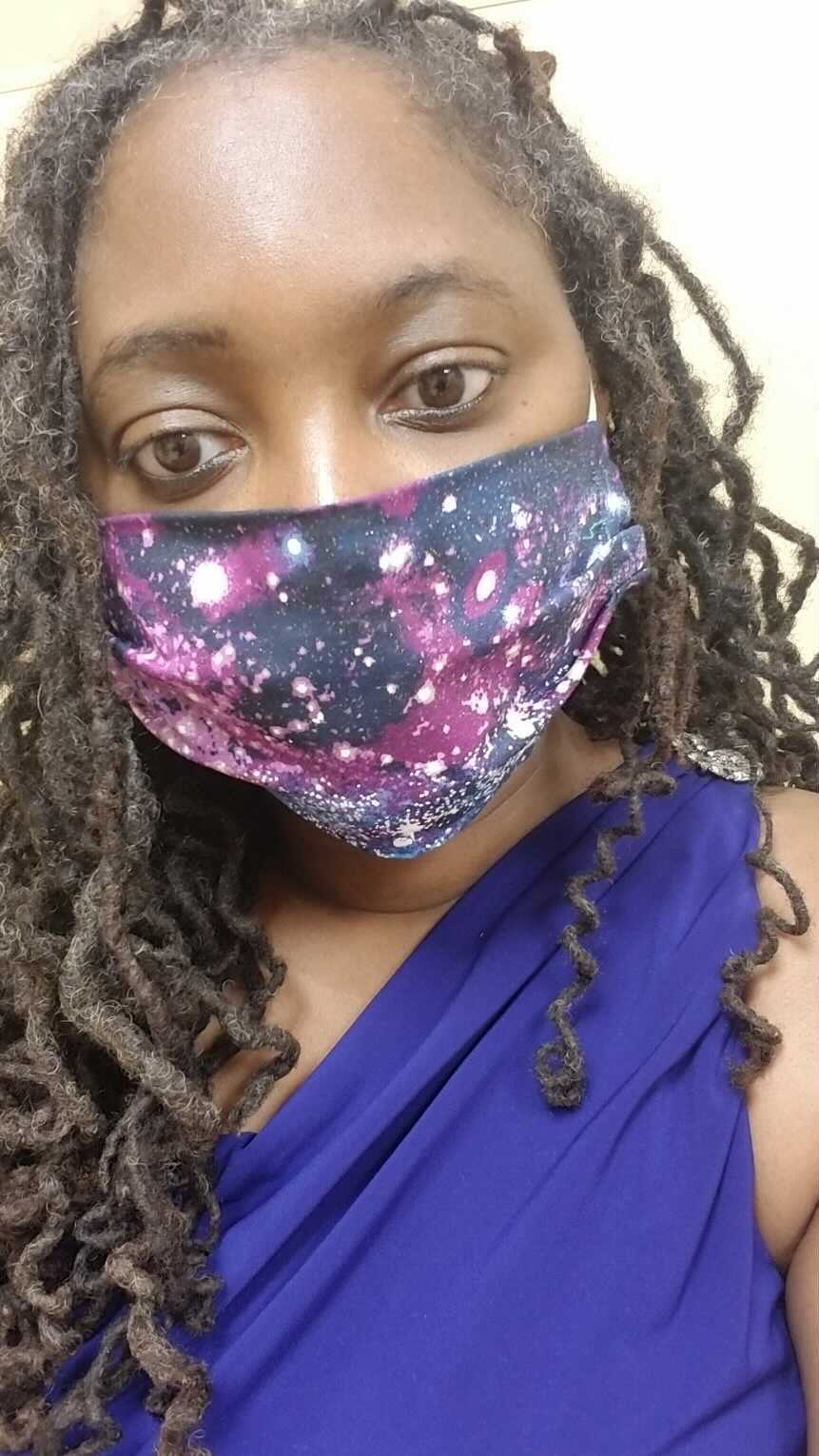 Literary and newspaper editor Candace J. Semien said she was initially hesitant to get vaccinated against COVID-19 because early information seemed counter-effective for people living with autoimmune diseases as she does with lupus. According to the Johns Hopkins Lupus Center, the disease attacks the body's tissues as if there are foreign invaders to the body causing what is referred to as a flare or crisis that can lead to severe pain or even death.

"There was little explanation or assurances that the vaccine would not trigger a deadly lupus crisis," Semien said. "It was important for me to hear the vaccine discussed in terms of how it affected people with hyper immunity and that information wasn't front and center. Then the hesitation grew as people had some, but only mild, symptoms after the vaccine. For me, those mild symptoms could still mean death. It is the same reason why I have never gotten the flu shot."

"So, I really questioned how could my reaction to the vaccine be different," she continued. "Could the programming and symptoms send me spiraling to a preventable death? I didn't have clarity so I wasn't taking the vaccine even though COVID could kill me also. Sadly, it was either death by COVID or death by the vaccine."

As Semien considered her options, she said it all boiled down to deciding what side of "wrong" she wanted to be on.

So she took her first shot and cried. A few weeks later, she had to convince herself to return for the second dose.

"I found comfort in my decision when I see the hospital's responses to the unvaccinated. I know the experience of going into the hospital and getting inadequate care because the disease is unfamiliar. I felt it would double my chances of being medically mishandled to go to ER unvaccinated with known chronic immune issues. I needed a fighting chance."

While she hasn't become a vaccine champion, Semien said it is important that people evaluate their own inhibitions when making their decision on whether or not to be inoculated.

"For me, the vaccine was more about having another barrier –along with homeopathic care– to prevent my death." 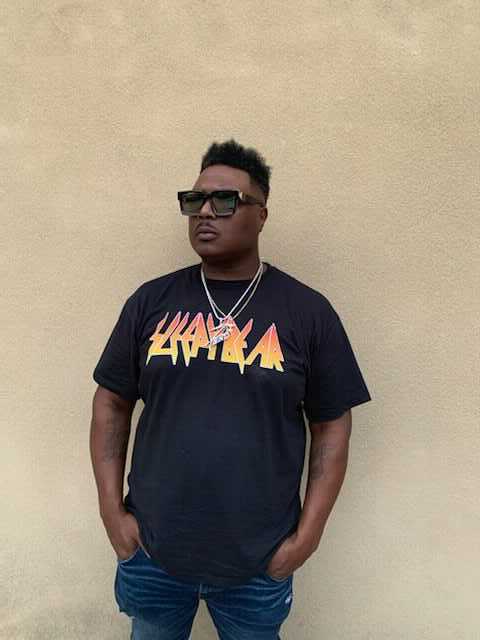 Rapper Richard Jones, who goes by "Fiend" or "International Jones," said he has been taking serious precautions to protect himself from COVID-19 since the start of the pandemic, but he drew the line at getting vaccinated. After being hospitalized for three days and suffering a nearly two-month bout with the virus, the actively performing emcee is team vaccine for himself and his family.

He said he thinks he contracted the virus at a nightclub in Atlanta because shortly after he became ill he had been told that the venue needed to shut down for a time due to COVID-19 concerns.

As he suffered through what he referred to as double COVID, the veteran rapper said he felt completely helpless. At one point during his illness, he told his wife to begin making his funeral arrangements.

The former No Limit soldier called the experience "an invisible war."

"If COVID was a person, we'd wanna kick his a*s. I just never felt so helpless."

Even though he said he never wants to experience COVID-19 again, he doesn't necessarily want to become an advocate for getting vaccinated. Instead, he wants people to do what they believe is best for their household:

"If you remain hesitant about being vaccinated, I hope that my real-life story can allow you to make a better assessment for yourself."

Now that he's on the other side of COVID-19 and ready to receive the vaccine, Jones said he's still experiencing some symptoms, one of which is paranoia.

"The thought of someone coughing around me, or going to Walmart where muscle-bound people thinking they're superior to this walking around with no mask on when it was mandated, just contributed to my paranoia," Jones said. "The way I wash my hands now, people think I'm doing the Birdman hand rub. I just wash my hands all day, all day."

However, his paranoia isn't stopping him from joining former label mates Mystikal, Silkk The Shocker, Mia X, and label executive, Master P for the No Limit Reunion Tour, which is taking place now since it was rescheduled from last year due to pandemic restrictions.

"You see me on this No Limit Tour, I'm going to be the guy in the hazmat suit, ya' heard me." 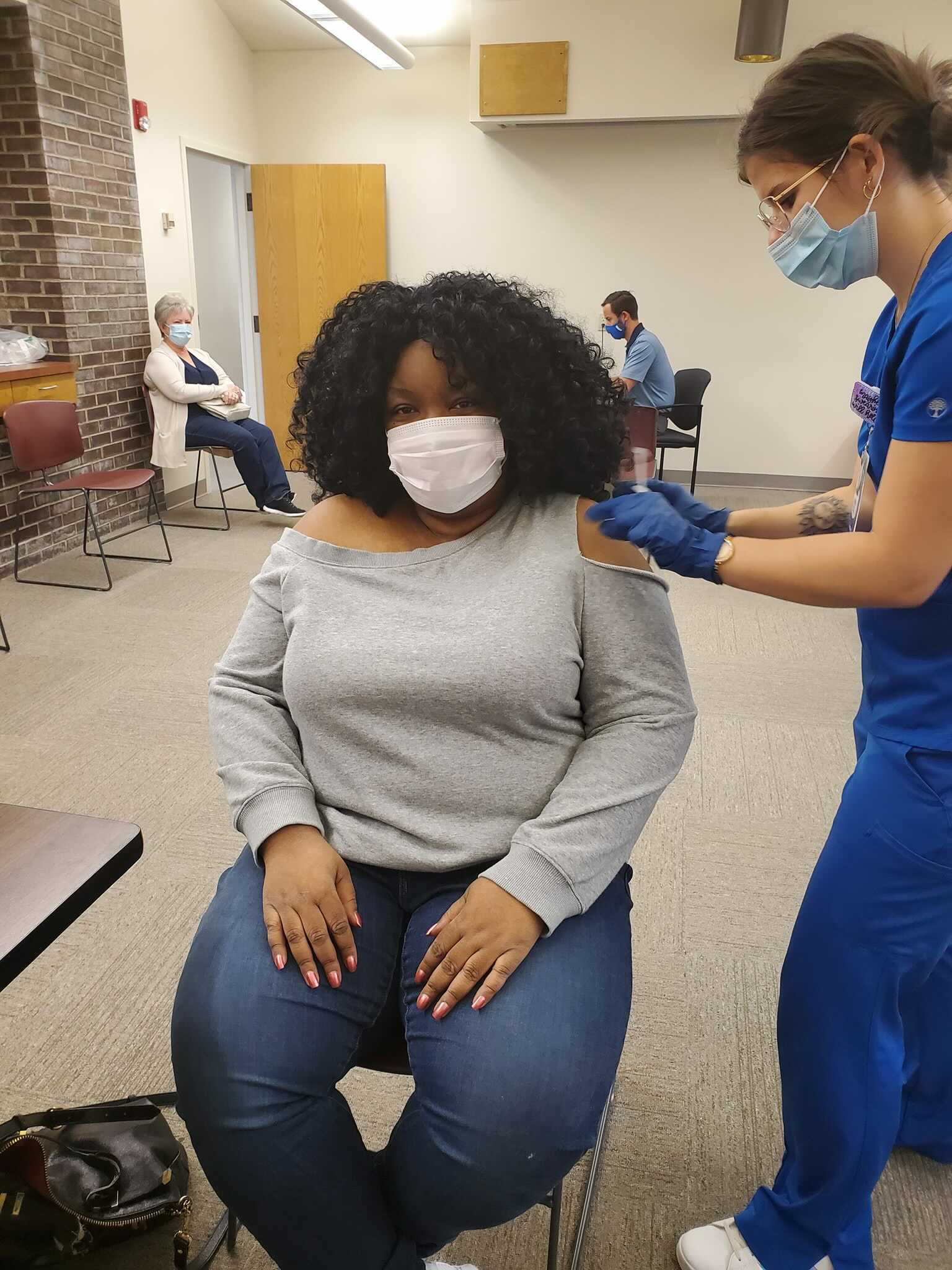 Multi-media personality and influencer Chenese Lewis initially took the stance that COVID-19 was no different than the flu. Since she generally refutes receiving the flu vaccine, being vaccinated against coronavirus was a no-go. She changed her mind at the decision of her family's patriarch who had grown restless with lockdown and was looking forward to resuming normal activities as soon as possible.

"My dad shocked me by immediately signing up for the vaccine once it was available," Lewis said. "Also, watching the news reiterate the death toll daily due to the virus was scary. At the peak, you couldn’t log into social media without seeing RIPs all over your timeline."

Lewis, who had been crowned the first-ever Miss Plus America, in 2003, said that while her father influenced her family to be vaccinated, she was also haunted by memories of being on life support in 2014 when she became incredibly ill.

"I never want to be in that position again," she said. "Once you get to the point that you need a machine to help you breathe, it’s a very traumatizing experience, if you even survive. Many people currently in the ICU are wishing they could go back and get the vaccine, but it’s too late."

The grim existence of the virus made things even more real for Lewis whose change of heart led her to be fully vaccinated. She contends she suffered no side effects.

"You should want to protect yourself and your family by any means necessary," she said. "The vaccine is accessible to everyone, don’t have regrets after it’s too late because you missed your shot, literally and figuratively."

Luxury travel specialist Jude August saw a major setback to her industry when the COVID-19 pandemic first hit. At that time, that was the only way she was directly impacted by the virus. Back in April, the 42-year-old who also lives with sickle cell disease, said that she and her doctor had conversed enough about the vaccine's impact on those living with the illness that she felt safe enough to schedule a vaccine appointment. But three days before her dose, she began to experience labored breathing, weakness and fever chills.

"I was rushed to the hospital in an ambulance with a fever of 105 degrees. My body began to shut down due to a [sick cell] crisis and I had to have an emergency blood transfusion," August said.

She was immediately placed on breathing machines and a heart monitor.

"I was in and out of consciousness in addition to severe pain. I was told that I could not be admitted to the hospital unless I had COVID."

August had been tested prior to her visit but was diagnosed with an upper respiratory infection. After testing positive for COVID-19 and receiving an alarming chest scan, she said she was told that she could not be admitted to the hospital for another 24 hours. She was attended to by the nursing staff in the ER until she was admitted.

"I was told by my best friend and husband that they did not think I would make it," she recalled. "I was not responsive at times. When I finally became responsive, I had no appetite and was extremely weak. I was not able to walk or use the restroom without assistance."

Her hospital stay was extended due to a blood clot forming in her arm. Following her release, her recovery journey included seeing a hematologist, physical therapist, occupational therapist, home health worker and her primary care physician.

"The message I hope to send to people who remain hesitant about being vaccinated is that this virus is real," August said. "It is important to take the proper precautions to prevent the continued spread of the virus. I have to pay closer attention to my body now and operate at a slower pace because I'm still recovering."

Since her battle with COVID-19, August has also lost loved ones and said her own family is personally impacted by it all because her body continues to respond to having had the virus.

For information about COVID-19 vaccines, including inoculation centers, please visit Vaccines.Gov or the Centers for Disses Control and Prevention.