Zaila's Black Girl Magic Is Not An A-N-O-M-A-L-Y: 5 Other Young Black Spelling Champs From The South

The South got something to spell!

Louisiana native Zaila Avant-garde took the reins of Black Girl Magic when she became the first Black American to win the Scripps National Spelling Bee, as Blavity previously reported. The eighth-grader besting the competition with the word, murraya, to make history and bring a much-needed spotlight on the southern region of the United States, an area that often falls on the lower end of the country's education rankings.

Among other requirements to compete in the Scripps National Spelling Bee (SNSB), spellers, who must be younger than 15 and in grade levels no higher than middle school, must have been declared a champion of an SNSB-sanctioned final local spelling bee, including state-level and regional bees. While Avant-garde was the only Black girl to make it to the finals of the SNSB, the full competition was sprinkled with Black girl excellence, in particular fellow southern girls, who indeed proved that the South got something to spell.

Here are five southern Black girl spelling bee champs who bested their local tourneys to compete alongside Avant-garde in the historic Bee.

Sponsored by Johnston County Public Schools, 14-year-old Smithfield, North Carolina's Kristen Carrington has won every school spelling bee in which she ever participated. However, it was the Cleveland Middle Schooler's win at the Johnston County Virtual Spelling Bee in February that landed her the opportunity to compete at the SNSB.

Every year prior to 2021, Carrington had placed in the top five of her county's bee. According to her Scripps' bio, she also loves to run and uses the activity for stress relief. She credits the movie Akeelah and the Bee for showing her that she was passionate about spelling.

Thirteen-year-old Na'amah Morbeth of Spartanburg, South Carolina, has a favorite pastime of watching movies, specifically anime, horror, romance and comedies, according to her Scripps' bio. The Rainbow Lake Middle School student won the USC Upstate Regional Spelling Bee in February to qualify for the SNSB.

"It's very exciting because I've never done anything like this before," Morbeth told Fox Carolina following her regional win.

She was the competition's first-ever virtual champion.

Fourteen-year-old Keona Thomas of Manassas, Virginia, capped off her eighth-grade year competing in the SNSB. The soon-to-be ninth-grader, who enjoys reading, art, STEM and karate, has previously participated in school spelling bees in third and sixth grades, but her eighth-grade school competition is the first one she's ever won. She went on to win the 43rd Annual Prince William County Spelling Bee, which qualified her for the SNSB.

Her mother, Juliet Thomas told Blavity that she coached Keona for the SNSB by helping her practice words, calling them out and reviewing definitions. Keona said that even through immense preparation, the words that made her most nervous were those of medical origin. 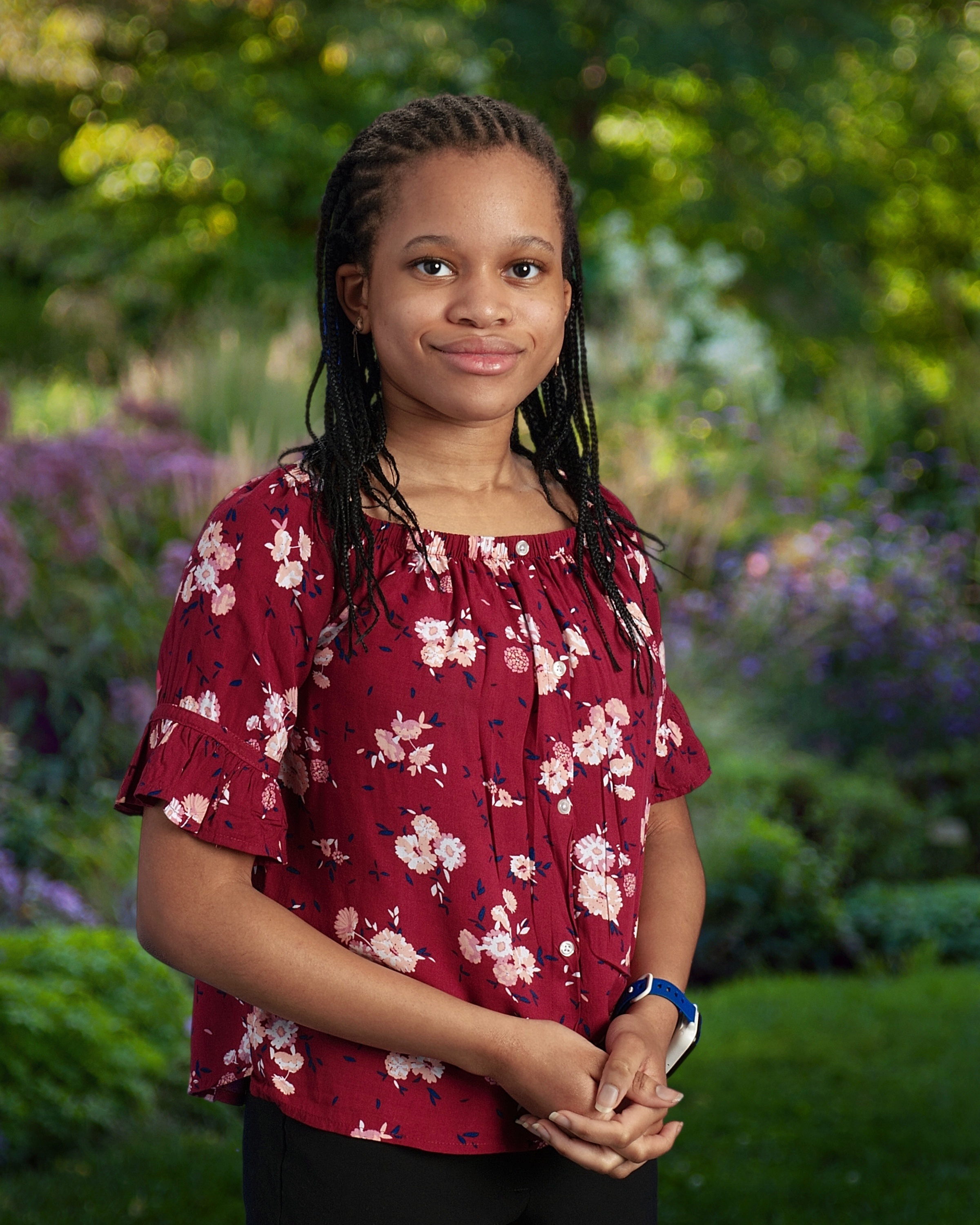 "Reading a lot of books in my spare time was a form of life-long practice for the spelling bee because I learned many words and definitions that prepared me for the competition," Keona told Blavity. "I am an avid reader, but medical terms are not often found in the books I read."

Keona, who would like to be an animator and an author someday, said that being able to critically think about words allows her to become more proficient in communication and writing as she works toward her dream career. Overall, however, Keona is very serious about her education.

Juliet said she and her husband, Carl Thomas, are incredibly proud of Keona and her many accomplishments.

"Her love and passion for learning are remarkable," Juliet said. "We are grateful that God chose us to be her parents. I know she is going to accomplish great things and be a change agent in this world."

Part of Keona's mission as a future change agent is to help propel the accomplishments of Black girls as an example to girls like her who rarely see themselves portrayed in such light.

"After so many years, I was excited to see a Black girl win the Scripps National Spelling Bee," Keona told Blavity. "I certainly never see accurate representations of Black girls on TV or in books, so the fact that the winner of this competition was a Black girl puts a smile on my face and makes me proud. It is an inspiration for other Black girls to see that they can achieve whatever they put their minds to.

I want the world to know that Black girls are more amazing than you give us credit for and should not be overlooked."

Twelve-year-old Zahyir Stephens loves to read, draw and dance, according to her Scripps' bio. The Westwood Middle School student, who was sponsored by her local Big Brothers and Big Sisters program, won her area's Regional Scripps Spelling Bee Contest in March, for the chance to compete at SNSB.

According to Scripps, Stephens also loves music and her favorite artist is Megan Thee Stallion.

#Speller101 Zahyir Stephens does a little bit of everything when she isn't on stage spelling — from reading to drawing, dancing, and listening to music. Her favorite musician is Megan Thee Stallion. #SpellingBee pic.twitter.com/1fpuoSwyA4

Cana Gerald has participated in school spelling bees in kindergarten and grades four through six, before winning and advancing to her state and regional spelling bees. The 14-year-old Durham, North Carolina resident won the Duke Regional Spelling Bee in March to advance to the SNSB.

The incoming ninth-grader, who enjoys reading, playing piano, listening to K-Pop and drawing, wants to attend college to become an epidemiologist. According to her mother, Carresse Gerald, Cana sacrificed lots of fun activities to prepare for the SNSB.

"I am extremely proud of Cana's dedication and perseverance," Carresse told Blavity. "I didn't know the majority of the words and was amazed by how many she knew before she began studying and also how many she learned after studying! Cana sacrificed time to watch TV and listen to music but she gained a lot from going through the process -- Cana has the world in her hands!" 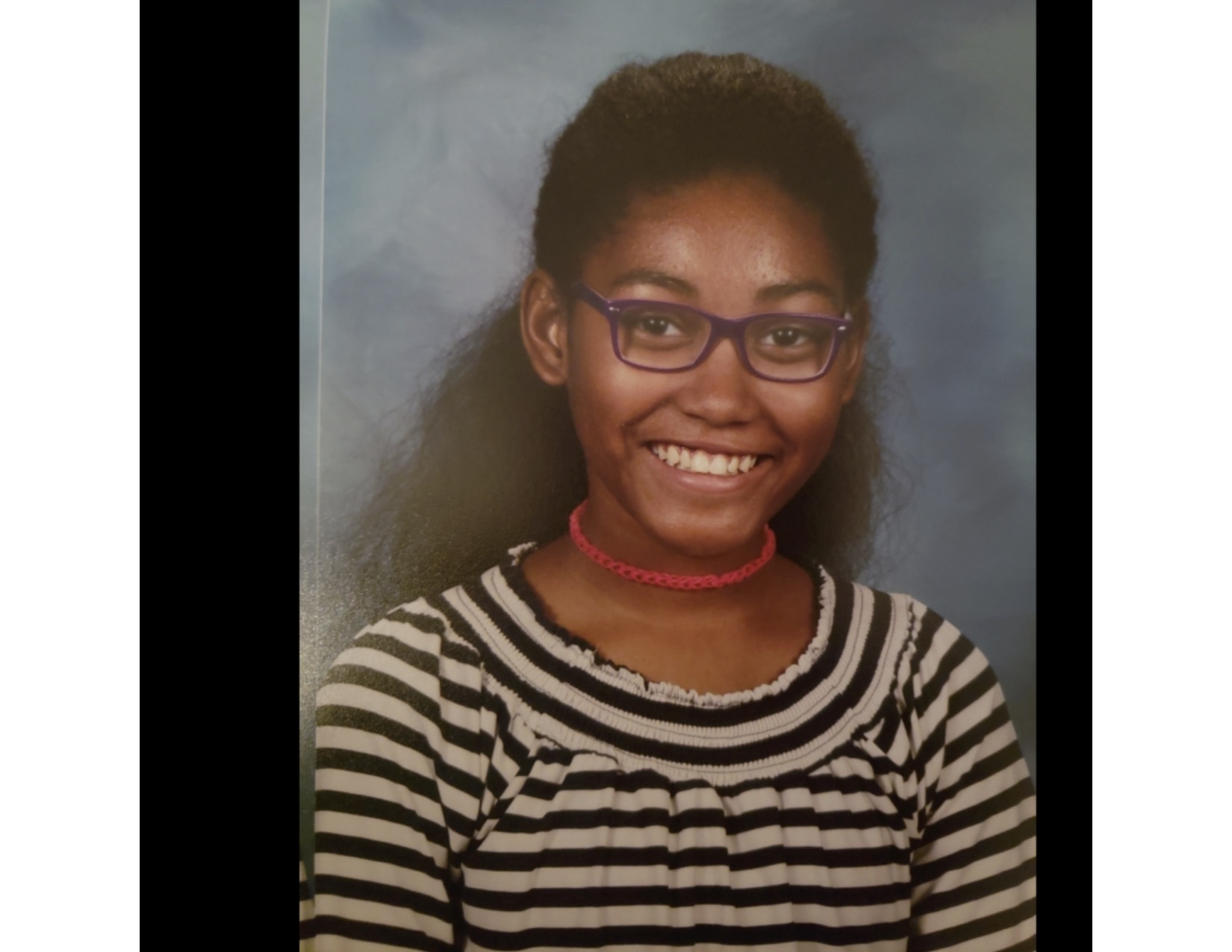 While Cana admits she was nervous during the national competition, she was also proud.

"I didn’t want to disappoint my family, friends, or myself, but I was also proud of myself because I didn’t believe I could make it that far," Cana told Blavity.

Cana practiced for the competition by studying the origins of words, the prefixes, suffixes and writing down the words and definitions on flash cards.

"I also had my family read the words off of the 2021 Words of Champions list so that I could verbally spell the words," Cana said. "There were a lot of words that my family could not pronounce though so sometimes they used the Google pronunciation feature."

She also took great care to ensure she was respecting the origins of the words she was tasked with spelling.

"I was most nervous about names of cities and states such as Tegucigalpa and Llullaillaco because I didn’t want to seem as though I was disrespecting their culture and home," she said.

To her credit, Cana's winning word at the regional level was "Rastafarian," the religious and political movement that began in Jamaica in the 1930s.

Overall, she said she found preparing for the spelling bee to be a resourceful exercise, one that she can come back to later in life.

"Being able to critically think about words and spellings will help you when you apply for college and jobs," she told Blavity. "Knowing different words and how to spell them can also help you talk to others, and having a diverse vocabulary is very beneficial for writing essays and research papers."

While the word, noumenon, found her tied in 139th place out of 209 spellers at the SNSB, she still left the competition elated to see another Black girl win it all.

"I was very happy to see that another Black girl won the competition because it shows that Black girls are able to do anything and she is the first Black [American] girl to win the national spelling bee! She made history!" Cana told Blavity.

"I want the world to know that Black girls can succeed in anything, such as becoming a national spelling bee champion, doctor, lawyer, writer, scientist, astronaut and director."

In Solidarity with New York City” Hosted by Mastercard & Blavity