Why I hesitated to take my husband's last name after marriage

I've always considered myself a pretty traditional woman. I had not long ago graduated college and was making headway in the scientific world, even earning some major publications under my belt. When my then-boyfriend proposed to me, I was thrilled and had all my ducks in a row — or so I thought
"So, are you going to change your last name? What about all your publications?" a colleague asked during lunch
I was honestly stumped
Of course, I always felt that I wanted to take on my husband's last name – for me, it was a no brainer. I had never once considered the effect it would have on the name and reputation I had built within the scientific community. Should I change my maiden name to middle? Or maybe I could hyphenate. But no, that would be way too long 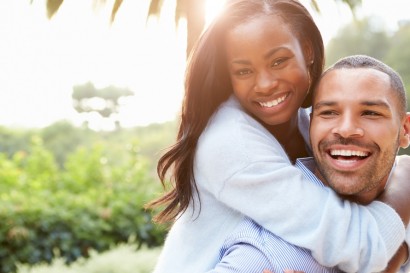 I found myself weighing all options:

· Change last name to husband's name · Keep maiden name · Hyphenate · Keep maiden name professionally but change it legally · Make maiden name new middle name and take husband's as last name · Husband takes wife's last name (rare) We had our first child at the time prior to marriage, and then it clicked. As much as I loved my maiden name and the achievements behind it, I preferred having the same exact name as my future husband and child. Although at times it could be a huge headache, I quickly learned that there was no expiration date on my accomplishments and that they are completely transferable
Engaged and married folks - have you had similar struggles? How have you handled it? Let us know in the comments!

READ NEXT: Break out of your box and be healthy, happy and free